Well, I see yesterday’s post created controversies over everything from true conservative principles to a proper potato salad. It was a lot of fun!

And just for the record, my potato salad was made to the specifications of my Irish Grandma’s decades old recipe: potatoes, chopped hard cooked eggs, sweet onion, celery, radish and (secret ingredient) cubed seeded cucumber in a dressing of mayo/sour cream. Perhaps different from your family’s favorite, butt as pbird said: “we sure like it.”

I surmise from the comments that there are as many versions of potato salad out there as there are grandmas. And almost as many as there are varieties of conservatives. 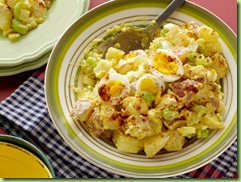 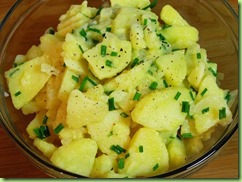 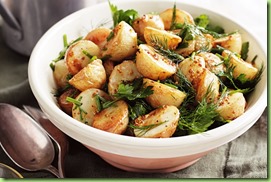 That’s what makes this such a great country.

However, now that it’s Labor Day, and another summer is in the can, I’ll be switching over to my German Grandma’s sweet and sour style potato salad, better known as German style. It makes an appearance every year around this time to round out  MOTUS’ Oktoberfest groaning board. Because everything’s better with bacon. 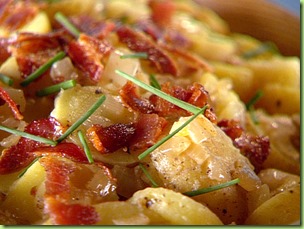 And now, the thought of the day: Why are we still celebrating Labor Day, when nobody seems to be laboring anymore?

Let’s see, we added 173,000 jobs last month butt the number of people in the workforce dropped by 624,000, placing the number of us not working at over 94 million, a nearly 40 year low. How much labor can that take? 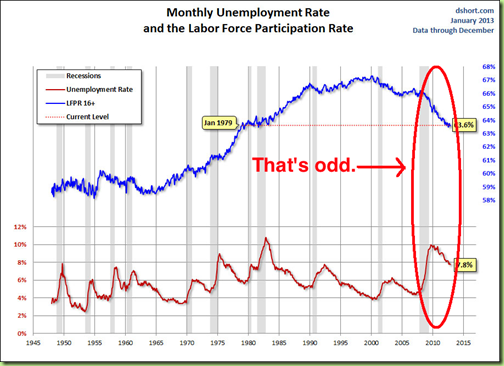 Only in Obama’s America: unemployment drops, butt – unexpectedly - so does labor participation

That’s odd indeed; you mean there’s a correlation between the labor participation rate and the unemployment rate? Who knew?

Don’t let that harsh your mellow, it’s still an official holiday so get out there and make the potato salad of choice, while you still have a choice. 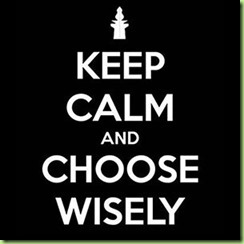 Sweet pickles go in noodle salad, not potato. Must use dill pickles.

So since the labor force participation rate is around 65% that puts unemployment at around 35%?????

Since I started, the best potato salad starts with the potatoes. Red potatoes are the best, keep them firm if they become mush make mashed potatoes for tomorrow. Add 3-8 hard boiled eggs, depending on the size (leaving one egg to thinly slice over the top after it is finished, celery, dill pickles, Vidalia sweet onions diced, salt and pepper to taste. Let it sit in the fridge to cool off. In a bowl mix mayonnaise with mustard and dill pickle juice, about half of what you need to dress the salad. Put it on the cooled off potato mixture, add mayonnaise to flavor. Put paprika, smoked or hungarian or just plain paprika over the top after adding the sliced boiled egg. VOILA’ just like gramma fixed it.