It’s been quite a week for little old ladies: 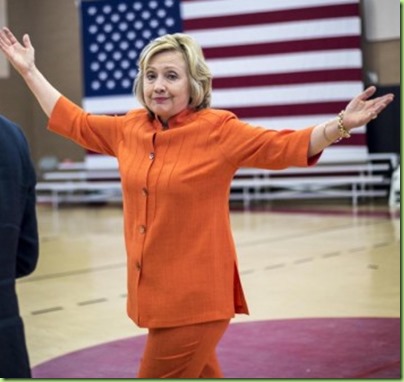 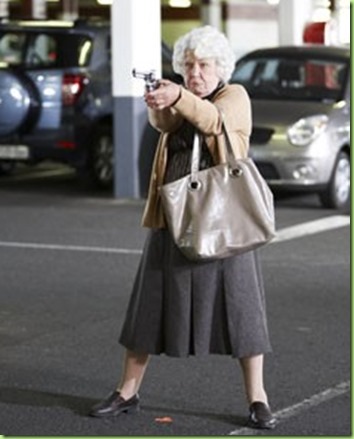 Go ahead punk, make my day!

The 2 assailants were “described as Hispanic men in their mid 20s.” Of course they were; as Jeb told us, they came for love.

DISCLAIMER: I am not the one responsible for calling a woman in her “late sixties” elderly. Some punk in San Francisco did that.

Hands up or my mother will shoot...

Not the stance I learned and I am in my late 60s.