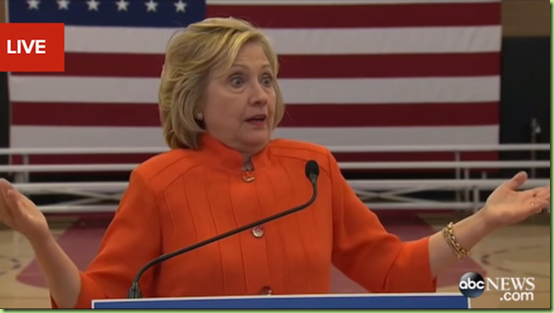 A clearly agitated Hillary Clinton answered another round of questions regarding her email use Tuesday in Nevada, telling reporters the story that has followed her campaign for months "has nothing to do with me." - CNN

Just like Whitewater, Travelgate, Filegate, Chinagate…Bengazi, (see here for complete list) had nothing to do with her. Hilz saw nothing, heard nothing, did nothing, knows nothing. Damn Vast Right Wing Conspiracy! War on Women! Micro-aggressions!

Funny how often the current administration conjures the ghost of Sgt.Schultz.

Historical Footnote: 17 years ago this week Hilz’ HINO was forced to admit to having a “wrong” relationship with that woman, Monica Lewinsky. Not sex, butt an “inappropriate” relationship.  Which is why middle school girls do not think giving a BJ is “sex.”  I’m not sure what they think it is, butt I know they don’t consider it sex. So thanks for that advancement of feminism, Bubba. 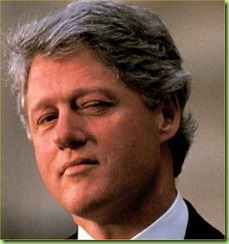 “My personal conversations are my personal business, right? We went through a painstaking process and turned over 1,500 hours of anything we thought could be work related. Under the law that decision is made by the official. I was the official. I made those decisions.”

Hillary would have been ok with that, right?

We are hearing this from the smartest woman in the world.

This is the smartest woman in the world, and we have to listen to snarky comments about wiping the server with a cloth.

It seems clear that the whole story is not yet out there. What more is being hidden? Will the media stay on this story??

And why is the media on this in the first place, since Hillary is destined to be the first woman president, and she’s liberal like the media are???? Is there something happening behind the scenes to try to take the Clintons down????

Mommy, what is a canklepotamus, and why does it make Daddy cry.

There are a whole bunch of prisoners who claimed “not guilty” but remain in jail, hope that Hitlary joins their ranks.

Heck I bet 99% of people in prison think they are innocent, and they “dint do nuffin”. Or blame their plight on their lawyers not doing a good enough job.

Half the prisoners don’t think they did anything wrong. The other half just made mistakes.

7 posted on 08/19/2015 8:09:44 AM PDT by Cvengr ( Adversity in life & death is inevitable; Stress is optional through faith in Christ.)
[ Post Reply | Private Reply | To 6 | View Replies]
To: Dilbert San Diego
Is there something happening behind the scenes to try to take the Clintons down????

Can you say, "Barry Obama"?

Wrong. Hillary Clinton knows everything about that private e-mail server and given the innumerable violations of Federal law using that server to conduct Top Secret clearance official Department of State business, she's a goner.

With regards to Obama trying to take the Clintons down - I think he slow walked things as long as he could as he is ultimately complicit. It will be interesting to see what emails turn up between the President and his Secretary of State. He’ll likely get them redacted under a FOIA exemption, but if even one of them turns out to contain classified information going either way - they both are equally at fault for not correcting things at the time.

Are they criminals or merely incompetent - that is the question.

Zero is probably working out the details of what exactly he will extract from them in exchange for pardons “to end this national nightmare” - and when anyone complains he will just say that after Ford’s action, “just consider us even.”

If only someone with a large dose of computer knowledge could take those words and have Richard Nixon actually saying them...right alongside Hillary.

11 posted on 08/19/2015 11:05:37 AM PDT by Ancesthntr ("The right to buy weapons is the right to be free." A. E. van Vogt)
[ Post Reply | Private Reply | To 2 | View Replies]
To: Dilbert San Diego
And why is the media on this in the first place, since Hillary is destined to be the first woman president, and she’s liberal like the media are???? Is there something happening behind the scenes to try to take the Clintons down????

Obama/Jarrett hate the Clintons (which Hillbilly kindly reciprocate), and they want their own candidate - whom they control - to be the Dem nominee and next POTUS...or perhaps not the next POTUS, so that Obama has all of the attention for another 4 or 8 years. You can bet that there is no way that the FBI would be investigating this under Obama's rule without Obama and/or Jarrett directing it to be so (not allowing it, mind you, DIRECTING it).

I predict that the longer Hildabeast resists, the more likely it is that she goes to jail. Either that, or she has something on Barry that she's trying to use to get the Fibbies off of her back. Time for popcorn!