It’s been 5 days and peoples’ heads are still exploding over what The Donald said to Megyn Kelly at last week’s debate. I don’t know about you, butt I certainly never envisioned the day that America’s talking heads would be leading their prime time news coverage with a story about menstruation.  Who imagined the news room “if it bleeds it leads” mindset could be further coarsened?

The world has been transformed rather quickly in the Age of Obama. 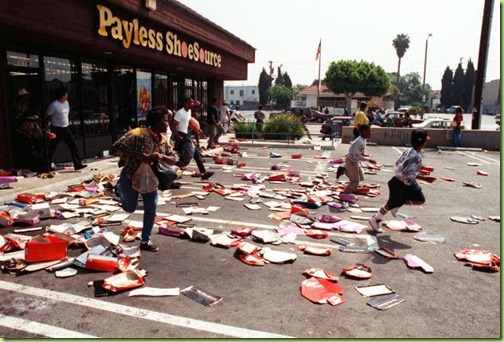 Looting of a Payless (way less) store in Ferguson MO. Shelves were cleared of slippers and marching boots, butt no work boots were reported missing.

Butt ginned up or not, is this whole Donald business not just a typical move in the Republican War on Women? 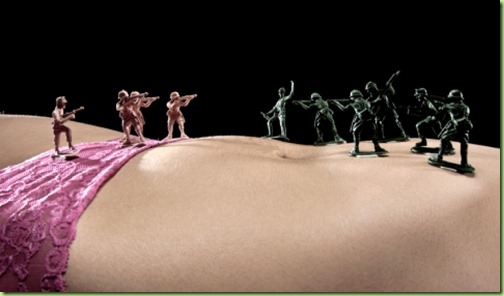 I just don’t see how this ends well.

“Even when folks are hitting you over the head, you can’t stop marching. Even when they’re turning the hoses on you, you can’t stop . . . We’re going to march on.” – Barack Obama, September, 2011 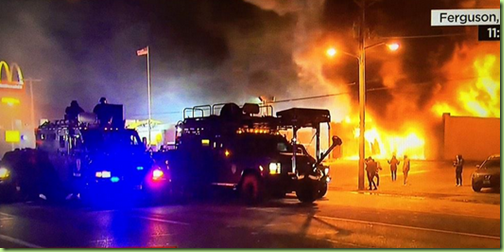 And “march” they did.

[whew}...I thought this was going to be another stupid Megyn Kelly thread.

2 posted on 08/11/2015 5:57:04 AM PDT by Buckeye McFrog
[ Post Reply | Private Reply | To 1 | View Replies]
To: Buckeye McFrog
Since this thread isn't about Megyn Kelly I'll go ahead and leave Dumpster Kitty here to keep the thread interesting.

His grandmother and aunt say Tyrone Harris is a ‘good kid who would never fire shots at the police’.

Tyrone Harris’ Facebook (which has now been disabled) under the name ‘Ty Glocks’ of course reveals a different story. Virtually every picture of him in it had him waving a gun, throwing gang signs and referencing #PistolGang, ‘gang shyt’. He spoke of ‘hitting licks for a living’ which means that he robs to make money.

This is just a sampling (click on to enlarge):

Prosecutors in Ferguson, Missouri, have charged a man with assaulting officers during events marking the first anniversary of the killing of unarmed black teenager Michael Brown.

They named the suspect as Tyrone Harris, 18, who was critically wounded in a gun battle with police on Sunday.