With no official appearances scheduled, Obama is expected to fill his days with leisurely rounds of golf, beach outings, bike rides, and hikes with his wife and daughters, and dinner with their friends at some of the island’s top restaurants. – Boston Globe 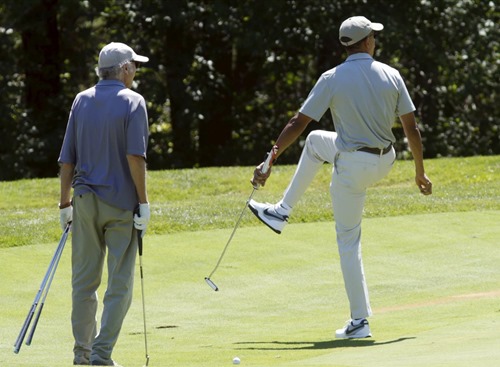 While playing golf with Larry David yesterday, The leader of the free world was unable to curb his enthusiasm.

So with the free world in good hands (if anything comes up, like WWIII, Val Jar and Susan Rice are on hand to take charge) let’s turn our attention to the loyal opposition. Specifically, the GOP Pre-Season Tryouts.

As everyone who ever played football knows, this is the time of year coaches schedule two-a-day practices and start pre-season tryouts. Some who show up for tryouts perform well and make the varsity team; others, who don’t have what it takes, are demoted to the JV team or cut straight away. I think that’s a fine tradition that we should apply to the GOP Teams; they could stand a little culling. So let’s give it a go:

As always, voting is conducted according to Chicago Rules: vote as often as you wish, for as many candidates as you wish. No ID is required. U.S.citizenship is preferred, butt certainly not required. Voting will remain open until 11:59 EDT, August 9. 2015.

And when you’re done, put your tight big boy pants on and get out there to work on your handicap. Because we still have to beat our cross-town rival. And I hear they’re already planning their homecoming party. 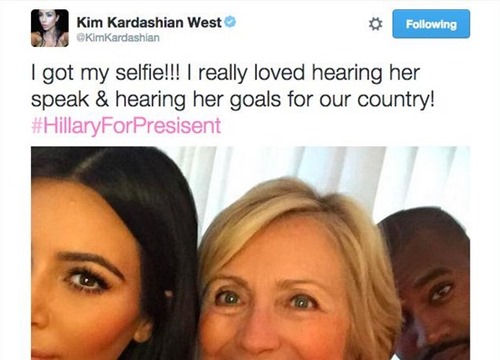 Demote from Varsity to JV Team

Promote from JV Team to Varsity

2 posted on 08/09/2015 6:15:36 AM PDT by Tennessee Nana
[ Post Reply | Private Reply | To 1 | View Replies]
To: Tennessee Nana
What solidifies my pick for me is that Cruz was the one at the absolute bottom........and not because he wasn't given ample time (the time between engaging him was horrid) but because he's the most genuine conservative out there.....you can make cases against the rest of these guys as to why they shouldn't be there, but not so for Cruz.

Cruz it or lose it.