Today we will continue our weekend theme of the wisdom of Monty Python. Butt first, a brief review of Daniel Henninger’s comments on Barry’s fundamental transformation of Amerika: 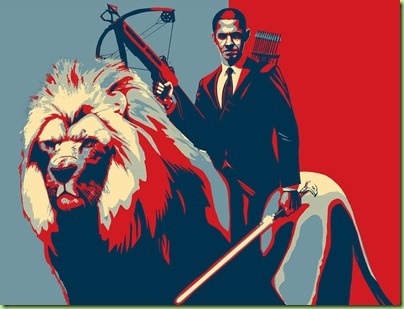 The central feature of Mr. Obama’s rewrite of what one might call the Founding Fathers’ original vision has been to abolish Congress. (SNIP)

Barack Obama, channeling decades of theory, says constantly that the traditional system has failed. He said it in his 2011 Osawatomie, Kan., speech: “It doesn’t work. It has never worked.” (SNIP)

With Congress rendered moribund, the new branch of the American political system is the federal enforcement bureaucracy.

So, what would Monty Python say about this?

Dennis: Listen, strange women lying in ponds distributing swords is no basis for a system of government. Supreme executive power derives from a mandate from the masses, not from some farcical aquatic ceremony.

Dennis: Well you can't expect to wield supreme executive power just because some watery tart threw a sword at you. – Monty Python and the Holy Grail 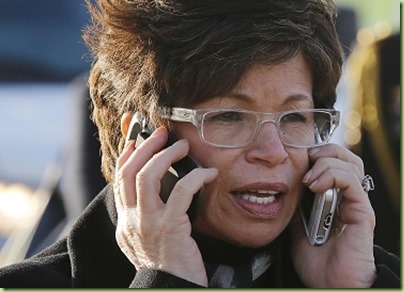 “Just pull the f***ing arrow out of the quiver and shoot! Never mind; let me talk to Michelle.”