Here’s a Memorial Day Weekend Quiz for you: I call it Which One is Smarter Than the Other Won?

Cast your vote(s) below for either:

A. Our President, figuring out how to get his big umbrella over the gate: 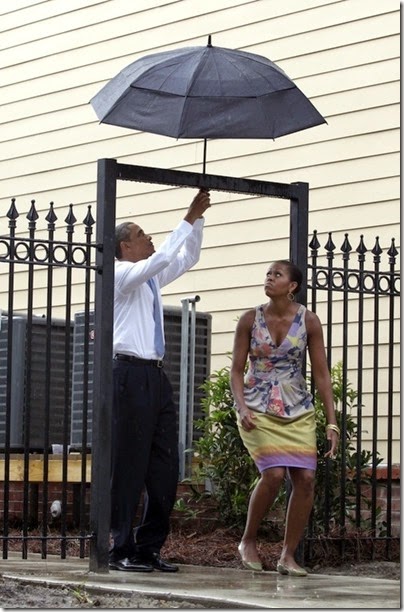 Or B) The Dog, figuring out how to get his big stick over the bridge:

And in case you missed this heartfelt Memorial Day tweet from the Democrats: 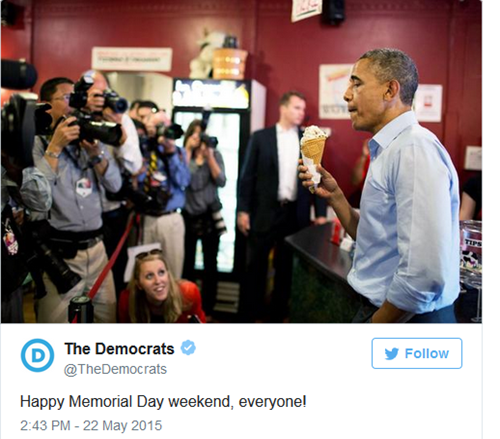 They are hoping everyone can join Barry for another brain freeze. Funny, isn’t it, how many stories about umbrellas, ice cream and dogs pop up around Memorial Day now that Obama is here? 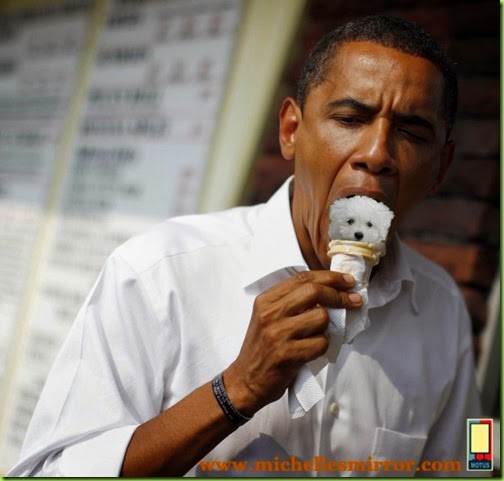 TOPICS: Humor; Politics
KEYWORDS: dog; icecream; memorialday; obama
1 posted on 05/24/2015 7:54:49 AM PDT by NOBO2012
[ Post Reply | Private Reply | View Replies]
To: NOBO2012
"On this Memorial Day, as our nation honors its unbroken line of fallen heroes -- and I see many of them in the audience here today -- our sense of patriotism is particularly strong." --Barack "Fundamentally Transform The US" Obama

these cheap twisted creeps are really rather astonishing

Agree, it’s shameful. Being the narcissist/sociopath that is Bathhouse Barry, everything is about him. He should be visiting our recent war dead at Section 60 of Arlington National Cemetery. That said, my parents and uncle & aunt are buried at ANC, and I really don’t want his grimy footprints soiling hallowed ground.

He should be doing some sort of PENANCE...for the next 30 years or thereabouts.

that being said. he needs to be publicly shamed as often as possible.

I may offer the information as per the DECORATION DAY “Greeting” to someone who posts on Facebook..to get the word out to the largest audience possible..

or perhaps send a TIP to Matt Drudge..might work..or both

Has one won, or has the other one won?