What if you won an election butt the incumbent refused to leave? 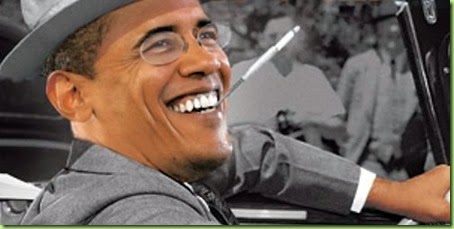 I know, silly isn’t it? However that’s exactly what happened in Alabama.

Employees of an Alabama plant will be voting for the fifth time on whether it will oust the United Auto Workers union. The union has lost three of the four previous votes at NTN-Bower Corporation, but has filed appeals with the National Labor Relations Board alleging management interference.

The one vote won by the union was nullified for voting irregularities. In that January vote, only 139 of the plant's 140 workers voted, but a total of 148 ballots were cast.

Butt that’s a terrifying thought isn’t it: three legal votes ignored in order to make way for a fraudulent fourth election due to irregularities. Irregularities? Where I come from, that’s known as Chicago Rules! 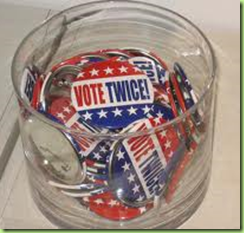 "It shouldn’t take five votes to get rid of a union that has clearly overstayed its welcome," Mark Mix, president of the National Right to Work Foundation, said, according to The Washington Free Beacon.

"The NLRB has stacked the deck against workers seeking to remove unwanted unions, allowing union officials to throw out results that don’t go their way and hold onto power."

I know, I know; the “nutz and slutz” brigade (h/t James Carville) has been circulating rumors for months now about how Big Guy is going to impose martial law, suspend the Constitution and give himself a third term. 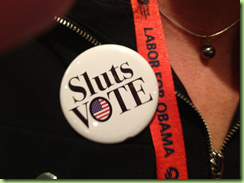 That, of course, is just crazy! Everyone knows Big Guy can’t suspend the constitution. Right?

“Why not? If he can suspend mandatory minimum and immigration laws, why not election laws?” Gowdy asked.

“Because we live in a government of laws, and the president is bound to obey them and apply them,” Lazarus answered.

I just hope the UAW’s ploy in the case of the Alabama plant that wants to throw them out isn’t a trial run for something bigger. Because if we’ve learned one thing from the War on Women it’s that “no means no.” Right?

Anyway, that’s the funny thing about politics, “no” is never your final answer. That’s why, no matter how many presidential elections we’ve had since 2000, we can never get rid of the Clintons: 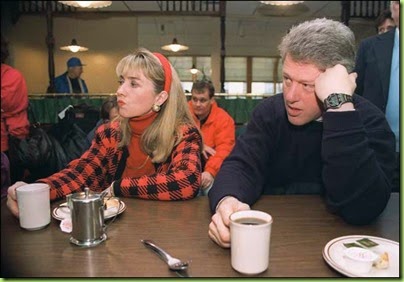 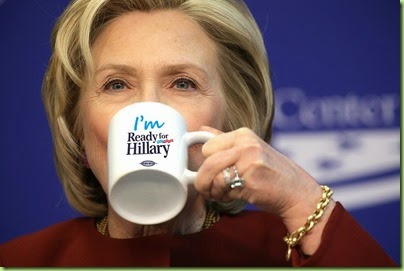 Or the whining about Bush’s stolen election, 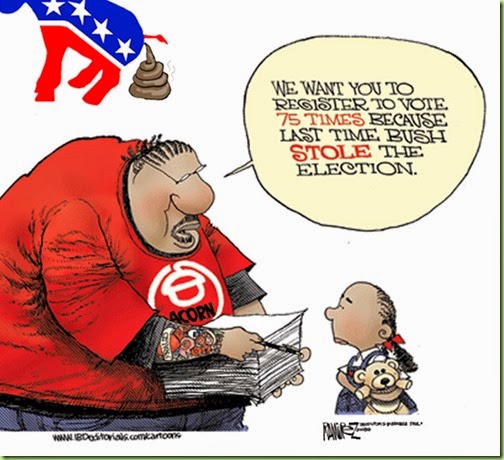 And now, possibly, the WONs. 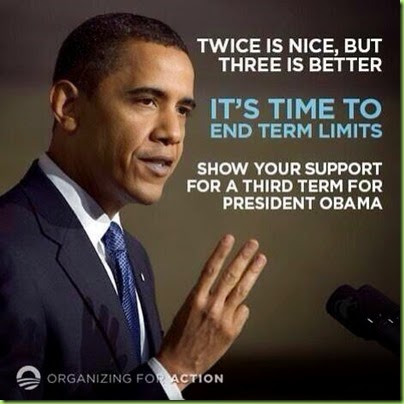 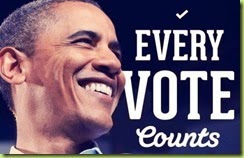 Butt some votes count more than others. Just like Animal Farm. 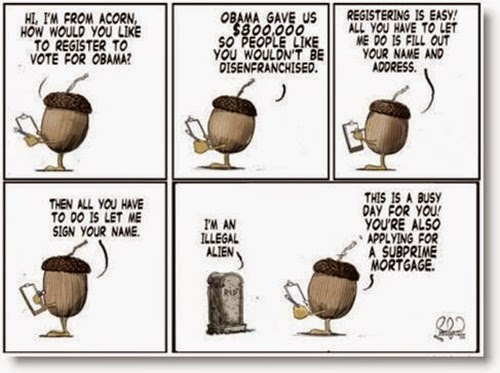 And we’ll tell you whose votes count the most.

He’d be arrested (and deported)

Is this a problem?

Maybe these were dead employees....you know....like it is in your hometown where dead folks vote there.

“circulating rumors for months now about how Big Guy is going to impose martial law, suspend the Constitution and give himself a third term.”

This has happened for EVERY two-term President I’ve lived under.
Hasn’t happened, isn’t gonna happen, if it did there’d be a million...er...movers at the WH the next morning offering to help ‘em go.

6 posted on 05/12/2015 8:48:36 AM PDT by ctdonath2 (Hillary:polarizing/calculating/disingenuous/insincere/ambitious/inevitable/entitled/overconfident/se)
[ Post Reply | Private Reply | To 1 | View Replies]
To: Blood of Tyrants

They just told them if they work overtime or a double shift they get to vote twice.

“Is this a problem?”