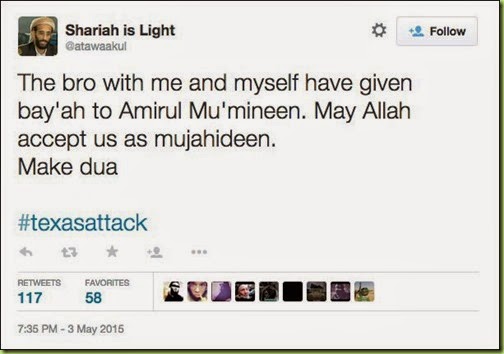 And what, exactly, does that mean?

“…he pledges allegiance to Abu Bakr al-Baghdadi when he says “The bro with me and myself have given bay’ah to Amirul Mu’mineen”. According to Walid Shoebat, Amirul Mu’mineed means “prince of the faithful” which is referring to the ISIS Caliph Baghdadi.” 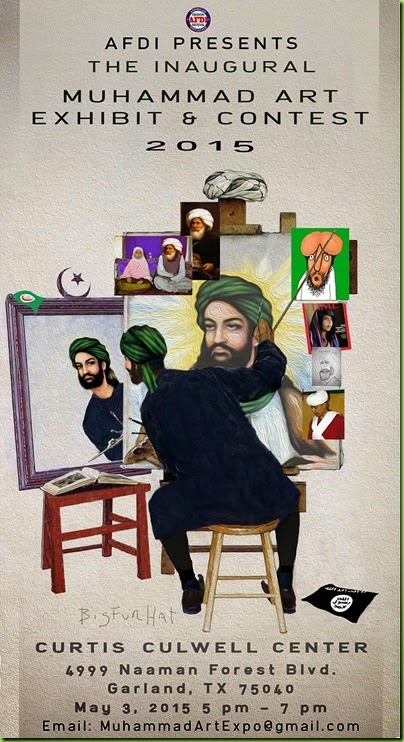 Insulting the “religion of peace” like that, why, she was just asking for it! (I hope that’s not considered a microaggression on my part by the campus speech police.)

The event was sponsored by the American Freedom Defense Initiative (AFDI) and attended by its president and co-founder, Pamela Geller — who is also president of Stop Islamization of America (SIOA). Both are listed as hate groups by the Southern Poverty Law Center. – NBC News

Seriously, she knew better. Freedom of speech is a right reserved for victims these days, not privileged white aggressors like Pamela. And if you don’t believe me just ask Melissa at Sweet Cakes:

Why does GoFundMe, a crowdsourcing website that raises money for a variety of personal causes and life events, get to choose who they do business with, but the owners of Sweet Cakes by Melissa do not? - The Daily Signal

And now you can add the Fraternal Organization of Police to those who no longer enjoy the First Amendment right of freedom of speech, which has now been abridged to mean your right to free speech as long as it doesn’t upset or otherwise offend. 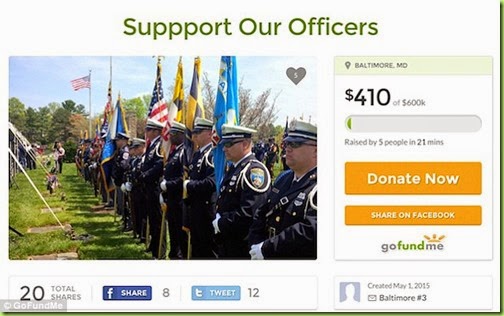 “Supporting Our Officers” initiative banned in Baltimore, probably by the spelling police.

If you have the time, it’s worth watching Pamela wave off an “onslaught of ridiculous attacks by CNN’s Alisyn Camerota”.

“First of all, he’s entitled to his opinion. End of story,”

And in other news today, Bill “I did not have sex with that woman, Ms. Lewinsky,” Clinton declared that he, too, is not a crook.

While castigating the vast right wing conspiracy for the “very concerted effort to bring the foundation down.” 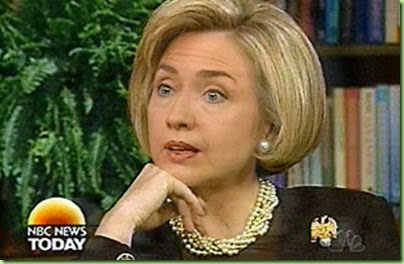 ‘Cuz it worked so well when Hilz used it, and she’s not even half as good at this crap as Bill. 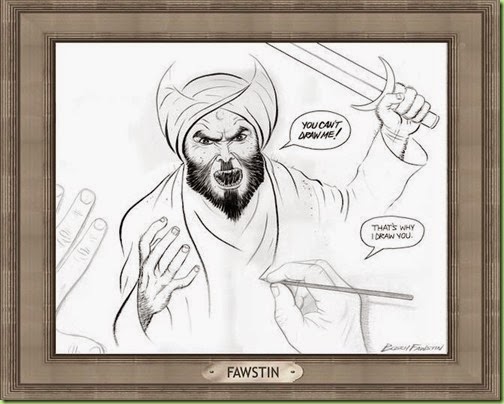 In January 2015, and the same place, there was a rally of Muslims supporters AlQaeda and Issis organized by one of the terrorists implicate in the bombing of the garage of the NY Trade Center in 2003. Would yellow American media justify if some patriotic American had irrupted in the place and made a massacre of Islamic terrorists.

Thank you for the link

There were about 4-5 thousand protesters there in January and not one took a shot at anybody.

How many pro-Muslim protesters were at that same facility last night?

Kinda like they knew something was going to happen?

What is Elton’s estimated IQ?

Remember, your rights will be fine if you avoid exercising them.