Here’s a quick review to get you up to date. 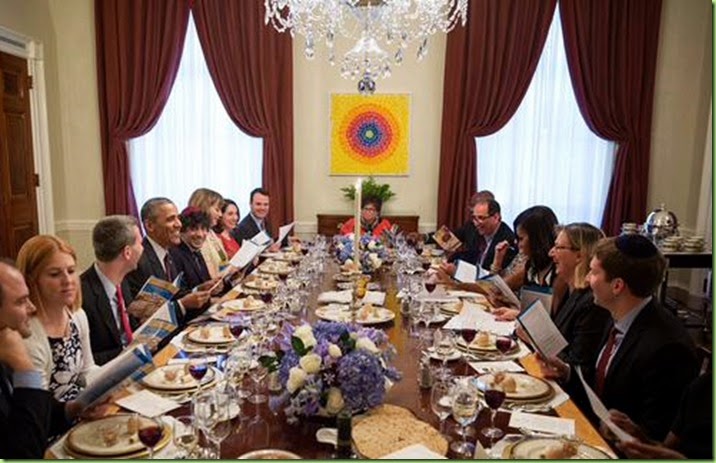 That’s Val-Jar, infamous supporter of all things secularly Jewish, seated at the head of the table under the equally infamous color wheel painting. I see David Axelrod is still on the A-list, which means his “tell-all” book was thoroughly vetted by the White House before release. And nice flowers by our new flower lady!

As you can see, they’re much less “fussy” than those done by our old flower lady - seen here at previous Big White Seders: 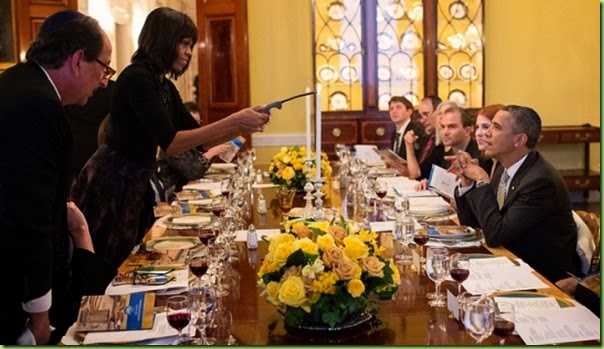 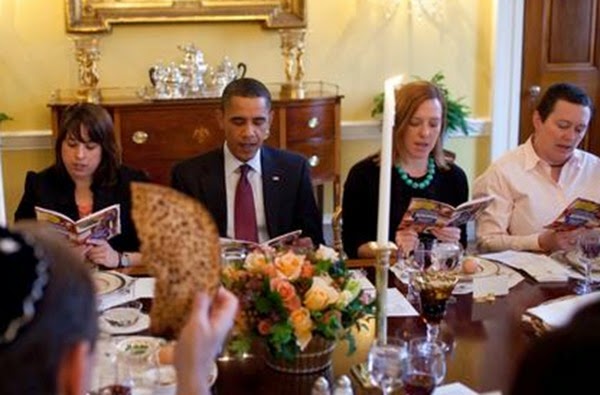 That’s Jen Psaki, above, at the 2010 Seder sitting next to Big Guy. In case you were wondering, yes; she’s started her new job as Big White communications director. 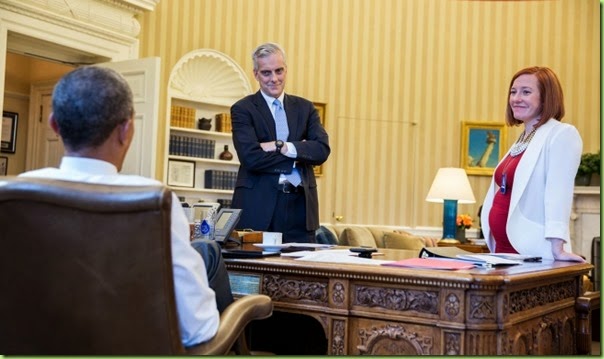 Yesterday the whole family checked out yet another church in the area when they attended a “boisterous” Easter services at historic Alfred Street Baptist Church in Alexandria, Virginia. 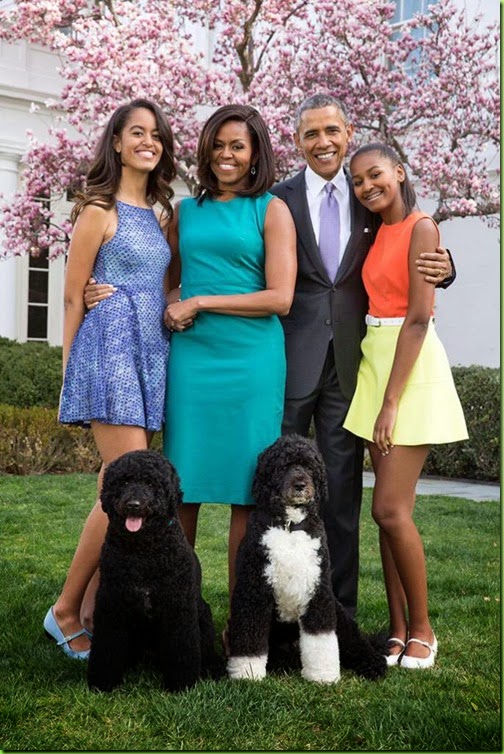 I’ve sort of lost count butt I think this makes the 7th or 8th church we’ve test driven since we arrived in D.C.. We still haven’t located the one that’s “Wright” for us.

Any hoo, I’ve got to run and help with yet another fun Spring Holiday Roll, now getting under way. As usual, all the egg heads and  bunny ears will be in attendance, so don’t miss it. 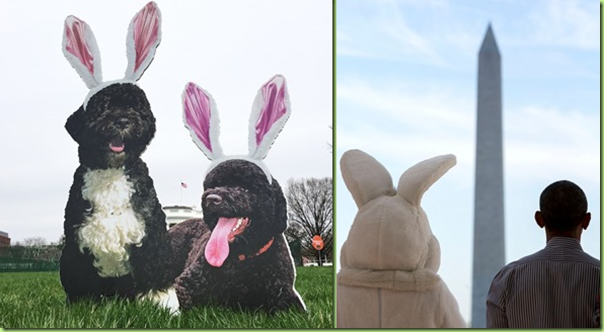 UPDATE: Included in this year’s ear collection: bat ears. That’s right, Kamilah the flying fox bat will be terrorizing greeting the little children as they arrive for the spring sphere roll. 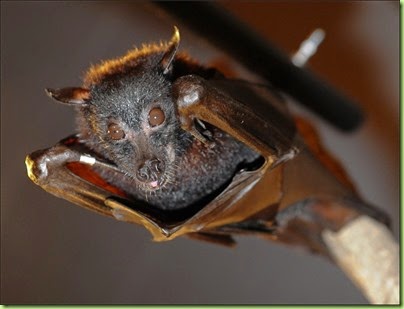 Ron Mies, executive director of the Organization for Bat Conservation and Kamilah’s spokesman will explain bats’ role in the ecosystem as important pollinators of bananas and the cacao plant, neither of which grow in the United States butt are huge cash crops for our citizens south of our former border.

“How come Obama’s kids don’t look anything like him or his supposed wife?”.......

I had the same question in mind and in particular, the youngest one.

“Next year, NO JERUSALEM!”