So you just had to know more about freedomson, huh?

Born in 1960, jewish. Raised by beatniks. Married. Three kids. I was about 25 years old when I threw off the chains of liberalism. Completely set free from captivity by Jesus in 2000. Love old movies, old time radio, baseball, Cleveland Browns football and boardgames.

I'm coming to you from what was once the proud arsenal of democracy, Detroit, Michigan.

HOMEFRONTGI.com - A Place for WWII Historians, enthusiasts and patriots! 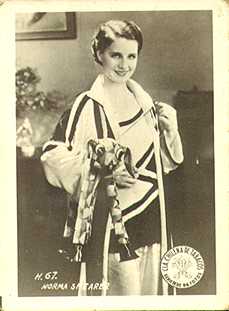 EVERY GREAT ONCE IN A WHILE......GOD PROVIDES A WARRIOR KING.

"Liberals hate America, they hate flag wavers, they hate abortion opponents, they hate all religions except Islam. Even Islamic terrorists don't hate America like Liberals do. They don't have the energy. If they had that much energy, they'd have indoor plumbing by now."

"Look at him — a red-nosed satyr, a godless fleshy sack of appetites and vanities, his very blood clotted with the money he so assiduously condemned while seeking the votes of his peers. And now he comes again to the building he turned into a brothel, to bask in our regard!

We few, we happy few, we band of brothers;
For he to-day that sheds his blood with me
Shall be my brother; be he ne'er so vile
This day shall gentle his condition:
And gentleman in England now a-bed
Shall think themselves accurs'd they were not here,
And hold their manhoods cheap whiles any speaks
That fought with us upon Saint Crispin's day."

Oh! I have slipped the surly bonds of earth
And danced the skies on laughter-silvered wings;
Sunward I've climbed, and joined the tumbling mirth
Of sun-split clouds - and done a hundred things
You have not dreamed of - wheeled and soared and swung
High in the sunlit silence. Hov'ring there
I've chased the shouting wind along, and flung
My eager craft through footless halls of air.
Up, up the long delirious, burning blue,
I've topped the windswept heights with easy grace
Where never lark, or even eagle flew -
And, while with silent lifting mind I've trod
The high untresspassed sanctity of space,
Put out my hand and touched the face of God.

WHAT NEEDS TO BE SHOUTED FROM THE ROOFTOPS

1. You cannot legislate the poor into prosperity by legislating the wealthy out of prosperity.

2. What one person receives without working for, another person must work for without receiving.

3. The government cannot give to anybody anything that the government does not first take from somebody else.

4. You cannot multiply wealth by dividing it!