“No matter how many times you save the world, it always manages to get back in jeopardy again.” – Bob Parr, in The Incredibles.

Look, I know the world is falling apart. I too am fearful of the terms Jean Carré will “negotiate” with Iran in order to win his Nobel Peace Prize. 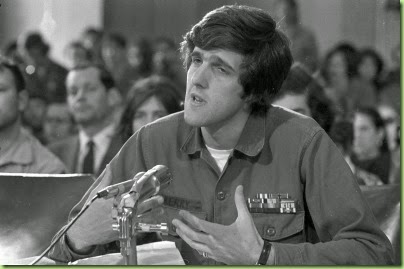 And sure I find it a little unnerving that the Saudis and Egyptians are forming a joint Arab army to fight WWIII against – oh, I don’t know…us, maybe? And yes, I realize it may all depend on the outcome of Jean Carré’s performance in Lausanne. Still, although I fully realize the gravity of the situation, I remain more fascinated with his Tour de France than his tour de force: 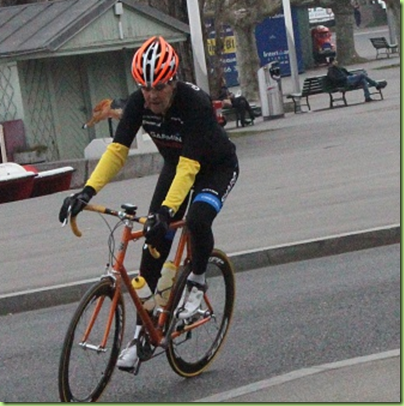 As Allah is my witness, unless I force myself to look very closely, all I see in that image is Syndrome – from The Incredibles.

Uncanny isn’t it? Mr. Carré is a spitting image of Buddy Pine, aka, Syndrome, fraudulent superhero.

If you haven’t seen The Incredibles, and you should, you may not be familiar with the Buddy/Syndrome character. Buddy wanted to be a superhero from the time he was young, butt since he had no superpowers he grew up to become the superheroes’ nemesis instead.

This is because I don't have powers, isn't it? Well, not every superhero has powers, you know. You *can* be super without them. - Buddy/Snydrome

Buddy decides that if he can’t be a superhero, he will destroy all the superheroes instead: 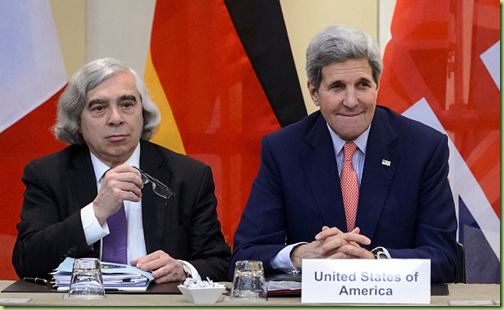 Syndrome: “Turns out there are lots of people, whole countries, that want respect, and will pay through the nose to get it. How do you think I got rich? I invented weapons, and now I have a weapon that only I can defeat...”

You really should see the movie: unlike the little anti-morality play currently being performed in Lausanne: 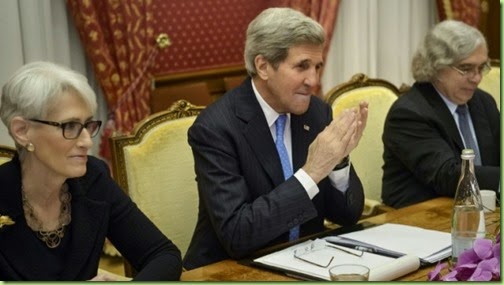 Jean Carré and his league of non-superheroes, at the negotiation table

…the movie provides a lot of moral clarity and it has a happy ending. 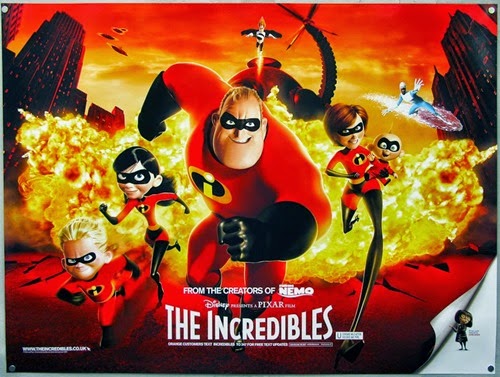 The Incredibles: Saving the world by whacking one evil genius at a time.

The fate of millions hangs on John Kerry’s diplomatic skills.

It is a GREAT movie, not just a great animated movie. The Incredibles is fun and funny. YES, John Carre’ is the spitting image of Syndrome.