I hate to make this so superficial… 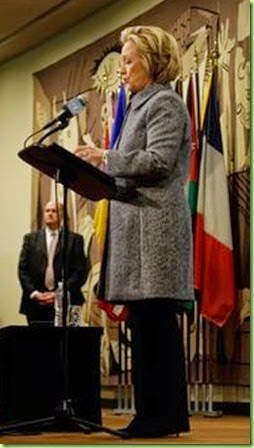 Butt seriously: what sort of statement was Hillary trying to make with this bizarre coat/jacket/tunic/dress/slack outfit? Was it a nod to her transgender/confused coalition? A sort of sartorial stonewalling? Or just another fashion misstep? 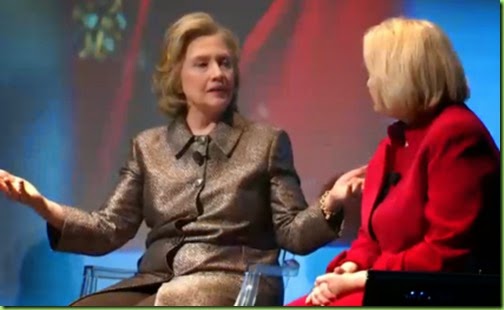 The coat/jacket/tunic/dress sits worse than it stands

I hate to make this all about fashion, butt if you’re going to ask people to “trust me” when you’ve never done anything to warrant it (h/t Carly Fiorina) you need to at least dress the part. Perhaps something dark and serious without bringing to mind the Cold War era or an International Evil Empire. 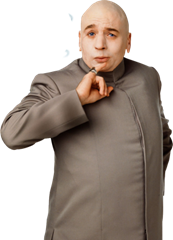 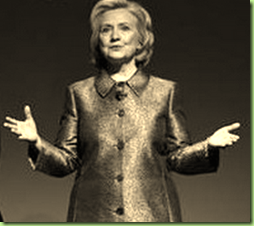 Especially when you are about to tell us a bunch of whoppers and admit to having deleted thousands of emails related to “wedding plans, yoga, vacations”  and other “personal stuff” (like Benghazi). And then tell us that the only reason you used a private email server (that provides you with complete control over what gets deleted) was to simplify your very, very complicated internationalist life.

Note to Hillary: it’s not going to be less complicated if you’re president.

Butt since she may be our president some day I would like to say something nice about the smartest woman in the world: yesterday’s get up was an improvement over a similar look she sported in 2011: 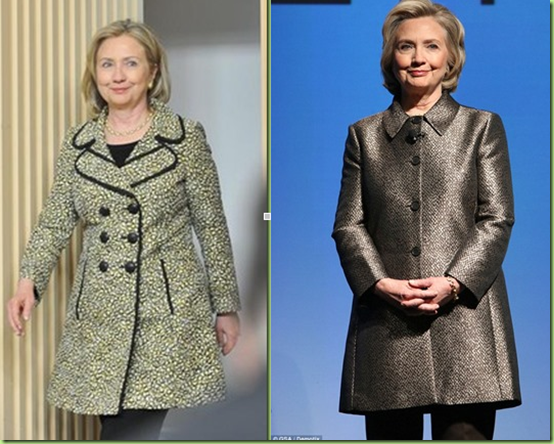 She clearly learned that a patterned, double-breasted coat featuring black piping makes you appear wider. So that’s a good sign: she does do learning. Maybe she can learn how to load two different email accounts to one smart phone. That way we won’t have to hand the reins of the Internet over to the One World Order so they can establish a One World email server.

Oh, I almost forgot! There are apparently some legitimate reasons why you don’t want your Secretary of State “opting for convenience” when it comes to their email – from GeekWire:

You can liken this to the CFO of Chase taking billions of dollars in cash home and storing it in the mattress. It’s so inadequate to meeting the risks that it would be laughable if it weren’t so serious.

If Hillary really didn’t comprehend the meaning and intent of the Department of State cybersecurity protocols perhaps we need to reassess Hill’s designation of “smartest woman in the world” status. And if Big Guy, who I guess actually did know that Hillary was using her private email, didn’t think that was a problem either maybe he’s not “the smartest man ever to be elected to the presidency” either.

All I know for sure is that at this point Gucifer knows more about Hillary’s emails than Congress does. 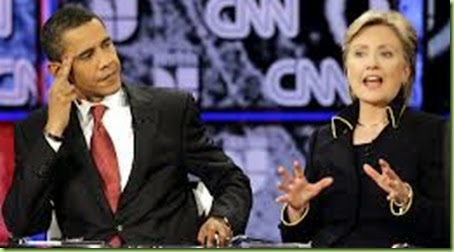 Yeah, you two deserve each other; butt we don’t.

Should she have been mixing her wedding plan emails with the classified ones?

She looked like she had been ridden hard and put away wet. And her attitude indicated she was pissed off that she had to explain her treasonous actions. And she tried to belittle people with her cue cards that were designed to keep her lies straight, which she totally screwed up. And she thinks she’s presidential material? Maybe for the PTA, or the Lady’s flower club. But this is real and she is a security risk to the securty of the United States

Secretary appears to be a code information for sale she and Bill received millions from other countries what was sold?.

There are, but only for the little people who work for her.

Maybe the tunics are some sort of bullet proof gear.

This is why Hilary is losing so many of the younger generation. She is supposed to be a smart women but she is technically unable to use the smart phone.

Has anyone asked her if she and her entire administration will be using private email servers if she becomes President?

She is a brazen liar.

IMO she is counting on the same thing obamacare counted on....the Gruber effect. She thinks we are a bunch of idiots that will believe whatever she tells us. Who are we to question her authority when she is so brilliant and we are so stupid. Typically politician!

10 posted on 03/11/2015 9:07:53 AM PDT by Ms Mable
[ Post Reply | Private Reply | To 7 | View Replies]
To: sickoflibs; ASA Vet; magslinger; darkwing104; 2ndDivisionVet; rocksblues; NY Attitude; Old Sarge; ..
Should she have been mixing her wedding plan emails with the classified ones?
Seems like there are rules against doing that
More than one

You are not permitted to send/receive classified communications, in any form, from a device not previously certified for that purpose.

Any communication is only as secure as the weakest portion of the communication chain. To send classified emails from her smartphone, she would have needed the appropriate encryption keying material on the phone.

If you are going to have classified/unclassified information and communication on a single device, that device requires an approved RED/BLACK separation method. Was this done? If not, any and ALL of her classified emails were subject to compromise.

Furthermore, her smart (at least smarter than the user) would become permanently classified at the highest level of information/communications stored/sent/received. With all that extra covering, she was trying to stave off the question, “Do these outrageous lies make my butt look massive?”

Good points, but they fall short if you consider that the classified information was being made available for cash, a time-tested clinton M.O.

Her fashion sense is truly horrendous. Those jackets/dusters look like a cross between Maude and Mao. Strange strange woman.

16 posted on 03/11/2015 9:28:27 AM PDT by VRWC For Truth (Roberts has perverted the Constitution)
[ Post Reply | Private Reply | To 1 | View Replies]
To: NOBO2012
Somebody needs to start asking the question, "What would it look like if a high-ranking government official were selling secrets to our enemies?"

Would it look like the official had gathered tons of sensitive information into a location where it could easily be compromised?

At the same time, wouldn't the official be running a multi-million dollar foundation receiving donations from foreign contributors?

There's not just smoke here. The entire Hillary house of cards is on fire.

WBAP radio in DFW had Senator Nelson on the half hour news feed defending Hillary. He sounded like an 80 year old. He explained that he would not want to carry two phones, that would be difficult. It was a laugh riot in our office. That is a defense for breaking federal law? Ooh, that’s too hard...