Don’t worry though, if you were planning on Hillary being our historic, first female president, Bubba has established a new ethical standard against which all behavior can now be measured: did it do more good than harm?

And he’ll be the judge.

“You’ve got to decide, when you do this work whether it’ll do more good than harm if someone helps you from another country” he stated. And “my theory about all this is disclose everything, and then let people make their judgments. But I think there are more than 300,000 people, you should know this, who in some form or fashion have contributed money to the work we’ve done over the years, and I believe we’ve done a lot more good than harm.”

By utilizing this handy “ends justifies the means” standard, I believe both Bill and Hill will be exonerated of any wrongdoing in both of the current scandals generated by the vast right wing conspiracy, as well as most of the old ones as well:

None of this is likely to sidetrack the intractable Clintons as long as everyone understands exactly what they’re signing on for:

The Clinton Restoration will require routinely defending the indefensible. It will require recalibrating all legal and ethical standards to suit the personal and financial interests of the Clintons. It will require a willingness to use these phrases with a shameless abandon: “old news,” “everybody does it” and “not technically illegal.” 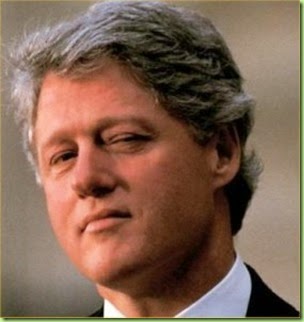 Honestly though, does America want to elect the one woman in the country who didn’t learn the lesson of Watergate?

But Mrs. Clinton seems to have missed the most important lesson that everyone else learned from the Watergate scandal: The cover up is worse than the crime.

Of all people you would think Hillary would have got that, as she worked on the prosecution side of the Watergate case! Although her motives seemed to have been something beyond lesson learning:

When the Watergate probe concluded, Zeifman said, he fired Clinton from the committee staff and refused to give her a letter of recommendation. She was one of only three people who earned that dubious distinction in Zeifman’s 17-year career, Calabrese pointed out.

Zeifman told the columnist he fired Clinton because she was a liar. 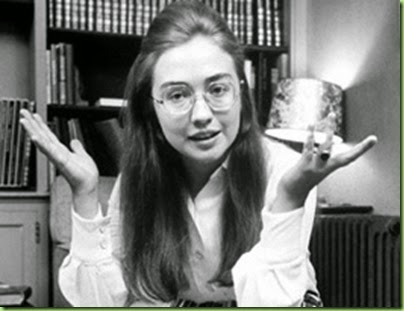 What difference, at this point, does it make!!

I don’t know how things will shape up for Hills in the long run, butt since the White House has unofficially weighed in and actively gone to work to take out two democrats in just the last week alone it looks like the Clintons aren’t the only Wons willing to take out their political enemies any more.

If Bill and Hill are committed to hanging in for the long game, I have a couple of indispensible campaign-trail aids they should perhaps order by the gross and keep at the ready: 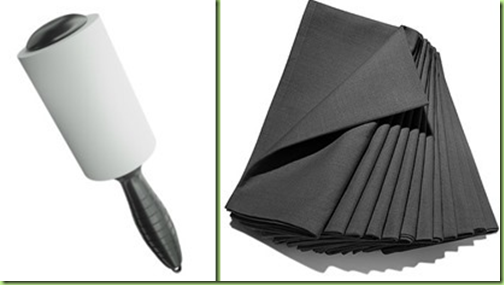 Lint rollers and black napkins: to keep all those inconvenient truths from sticking

Remember: Only You Can Prevent Lint Fires

Another list. Mmmm mmmm
He did not have Text with that woman!

Her belly button lint to boot!

1. The specter of the whole Whitewater scandal coming back to the surface again.
2. The possible illegal use of the Clinton Foundation to curry favors with foreign entities.
3. The illegal use of a private email server to do government business.
4. Her role in the Benghazi debacle in 2012.
5. Her known bad temper (even the MSM admitted that after 2000).
6. Dealing with her husband's many issues.
7. The fact she will turn 69 less than a month before Election Day 2016.
8. Why her campaign in 2008 failed so quickly. If she didn’t marry Bill, we would never have heard of her. President? Bah.

Imagine if she wore corduroy instead of gaberdine?!

“It depends upon what the meaning of the word ‘is’ is. If the—if he—if ‘is’ means is and never has been, that is not—that is one thing. If it means there is none, that was a completely true statement”

When Hillary was caught, she didn't have the slightest idea what cattle futures were or how to trade them. She was asked how she got so good that every single short term trade she made was profitable, and she said she read the Wall Street Journal. What no one ever asked was why she never did cattle futures again, since she was supposedly so good at it. If she did the same thing with $100k, they would have had about $10million in no time. The answer, of course, is that she wasn't doing it, that it was just cover for a bribe. Not sure if it was the stock company or someone else doing the bribe.

“He did not have Text with that woman!”

Waaal, pilgrim - “at this point, what does it matter?”

11 posted on 03/09/2015 9:14:06 AM PDT by tgusa
[ Post Reply | Private Reply | To 9 | View Replies]
To: hoosiermama
Hillary now needs a face-facing excuse to drop out of the race...saying she wants too be a grandma won't cut it...maybe she'll announce that she's going to take join the CIA..the Culinary Institute of America..to learn how to (stay at home and)bake cookies...

Not to mention, doesn’t she have a history of blood clots, that could be FATAL if she travels/flies a good deal?

Valerie Jarrett wont’ give up her ‘role’ as Senior WH Advisor to the President.

Hillary won’t let Valerie keep the position , they are enemies.

Elizabeth Warren met with Jarrett and one can presume that Warren has no problem with keeping Jarrett in place.

That is why all this stuff about Hillary is coming out. VJ has to destroy Hillary so Warren will be the candidate.

No, the proper response is, “it’s old news”.

With Hillary it’s always about Hillary. I think that’s why people didn’t get too upset with Bubuh. Most felt sorry for him Actually heard more then one very conservative person make comments regarding him being stuck with her.