This is tomorrows post, today. Why? Because now it’s time to panic; we can’t wait for Rush to let us know. So troops, get your Breitbart on NOW! 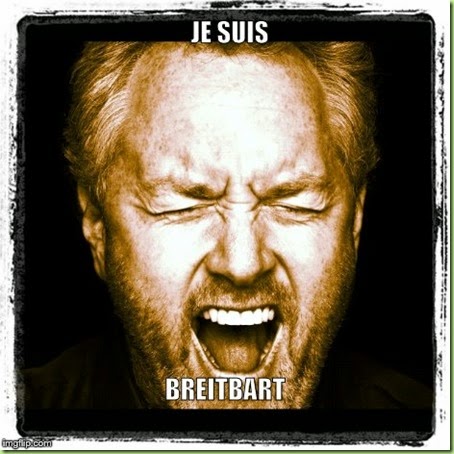 Our government is plotting against us, its own citizens. They are doing so covertly, stealthily,and fraudulently.

We begin with a summary from The Independent Sentinel, which is based on Mark Levin’s interview (below) with Susan Payne, from WCBM radio, Baltimore. She was invited – inadvertently, I surmise -  to listen in on conference calls conducted by representatives of the Hhite House, Cabinet members and various immigrant groups to gather information for a report due to the President by this month:

The White House has plans to legalize 13 to 15 million illegal immigrants who will then establish a “country within a country.”

The “Task Force of New Americans” and the “Receiving Communities” are part of a plan by the Obama administration to develop a “country within a country” which will eventually form a new, and instantly, fundamentally transformed United States.

The conference calls and meetings surrounding the task force made it clear Barack Obama is planning to legalize and protect 13 to 15 million illegal immigrants who will then be moved onto citizenship.

When these “new Americans” come out of the shadows, the communities in which they’ve been placed will be designated as “receiving communities.”

The “new Americans” are considered “seedlings” by the White House and the “receiving communities” are the “fertile ground” to nurture them, according to comments made during the meetings.

Citizens will then be pushed into the shadows as the “New Americans” come out of the shadows.

One member of the task force said they will be forming a “country within a country”.

At the meetings, it was said that “immigrants need to be aware of benefits they are entitled to”.

The participants in the meeting also discussed the fact that these immigrants would not be interested in assimilating. They would “navigate not assimilate”.

Obama’s plan is to treat the “new Americans” as refugees as soon as amnesty is pushed through.

Refugees are given an allowance, housing, food, medical care, education, and an immediate pathway to citizenship.

The meeting participants also discussed the need to convince state and local officials to give no interest loans to the “refugees.” This way we can fund our own destruction.

Listen to this shocking and frightening interview:

This is the article Mark asked Susan to post summarizing the details of the plot. Here is the Presidential Memorandum -- Creating Welcoming Communities and Fully Integrating Immigrants and Refugees.

You have to Breitbart this one, people. Andrew would want that. Disseminate the information on this insidious plot to every blog, website, email address, social media network and book club that you can. The citizens deserve to know what our government is planning to do with our money, with our country. Open borders is One World Government claptrap, conveniently adopted by the Obama Administration and La Rasa to advance their agenda. They must be stopped.

And we are the only ones standing in their way. 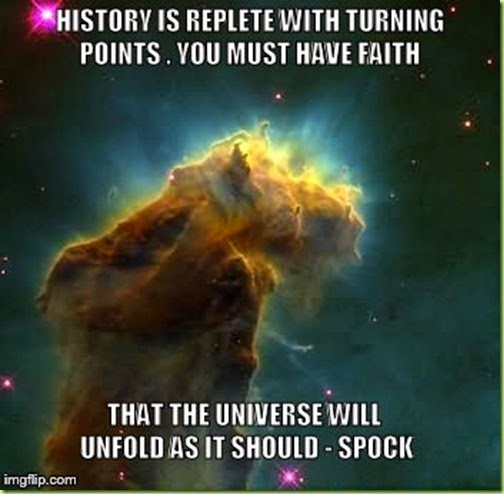 Help ensure the universe unfolds as it should.

And it is his duty to right that wrong.

That's how the guy thinks.

"These Third World presidents, here with me in the WH today, agreed to send me
millions of new Democrat voters. In exchange, Valerie will wire-transfer $35,000 per
illegal from the IRS to Central American treasuries. Endless foreign aid follows. "

Without the ingredients for citizenship this is just a recipe for disaster...

We will not be allowed to vote our way out of this.

Look at the previous two election cycles. McCain was as popular as poison ivy in June 2007 after pushing amnesty TWICE and had no money. Yet he had the nomination sewn up by March.
Romney was the author of the precursor of the hated Obamacare and had taken all positions on all issues at one time or another and was less popular than McCain. Yet again, by March of 2012, he’s the nominee.

They have the calendar rigged so red states have virtually no say until it’s too late. Elsewhere they have purposefully open primaries. The rules have been tweaked to smooth out the bumps Romney experienced on the way to his nomination. The GOP exists to block conservatives, not represent them.

The last 4 Presidential elections have been amnesty D vs amnesty R.

I don’t think we have a ghost of a chance of nominating a GOP candidate that isn’t a cheap labor importer.
The RNC has already been paid for an amnesty candidate.

We have to think outside the box the parties have put us in.

Consider it an Obama forced innoculation to the body of the United States. “Transformation” from within by injecting parasites posing as organic substance.

So this is it.

That’s why he’s willing to risk the Presidency with the Hail Mary Executive Memos.

He’s committing Treason on a massive scale - importing an enemy nation to live among us. And forcing us to fund them.

We’ve always said that but been mercilessly pummelled for it: “they only come to work”.

Crap. They come to take back what they think is theirs.

And he agrees - in his narrative, we stole the land, the resources and forced them to work for nothing to extract all the value - Evil Capitalism.

So the nation that existed has to be extinguished. And he’s just the guy to do it...since he has the axe to grind.

He really might just try for a third term. If he can get the Mexican masses to riot for him in 2016, an “emergency” would be in place....”postpone” elections. He could put 20 million people on the street between the illegals and his Ferguson folks - maybe that was just a test run for this whole plan.

I hope there is and then after the WH denies everything, release the tape.

It’s not just those who receive amnesty, it’s all the immigrants he is transporting from the Middle East, Africa, Haiti and so on. (like Syrian refugees)

12 posted on 03/02/2015 9:12:23 AM PST by Whenifhow
[ Post Reply | Private Reply | To 11 | View Replies]
To: NOBO2012
It should be noted that Cubans are flying onto Mexico, crossing the border into Texas, picking up documentation relevant to refugee status in Brownstown then flying to Florida to meet up with friends and relatives already here.

Once in Florida they're qualifying for those benefits - the housing, the monthly stipend, the medicare benefits and the free college.

I wonder if anyone is familiar with the Bible. Doesn’t the Bible states that the AntiChrist will have the power to change cultures. I wonder if this is part of it. I know in my Heart that we are in the last days, but now with this it makes me wonder if this is one of many signs.

BACKSTORY In a major suck-up to illegals, Obama "announced" he was issuing
an E/O and planned a "signing ceremony" at a Las Vegas gathering of illegals.

E/O and signing ceremony never happened. Obama was photoed signing "memos" on AF One---not an "executive action." Why? B/c an E/O comes w/ legal baggage that the conniving Boobamba wanted to evade. Both "memos" are now on the Whitehouse website.

In the category “Presidential Documents” at page 70769, Obama ordered a White House Task Force on New Americans to “engage with community, business, and faith leaders, as well as State and local elected officials.” The task force is designed to “help determine additional steps the Federal Government can take to ensure its programs and policies are serving diverse communities that include new Americans.”

The order was to make a series of recommendations “to reduce government costs, improve services for applicants, reduce burdens on employers, and combat waste, fraud, and abuse in the system” of issuing immigrant and non-immigrant visas.

The scam works this way: signed Boobamba memos "delegate" to federal agencies orders to come up with plans (that must advance Boobamba's global conspiracy to overthrow the US govt w/ Third World federales and their cadres jumping the US border).

The federal agencies then "invent" Committees to do this (the better to overthrow the US govt). Then "Administrative Rules," after a comment period, will be published in the "Code of Federal Regulations," which magically turns them into law........ using federal fairy dust.

So Boobamba is shielded from responsibility---he doesn't have to take the hit. Behind closed doors, he tells federal factotums what he wants.....and faster than you can say "the combo plate w/ extra hot sauce".....the overthrow of the US govt commences.

THE "DELEGATION" HORROR STORY--A Federal agency MO since 1946. It's down to a science: (1) publish a Notice of Proposed Rulemaking (NPRM), (2) make the comment period really short, (3) stonewall any negative comments, and, (4) publish the rule, which (5) NOW has the force of US law. No Congressman was ever involved, and Boobamba doesn't leave his DNA on it. Yet again, why "Delegation" is ominous for liberty---why the writing of administrative law by federal agencies - is un- Constitutional (hat tip to FReeper Regulator.)

I thought on Usurpation Day that he was going to import enough voters to be President for Life.

When we refused to enforce Art. II Sec.1 (and everyone in power knew) there was nothing to stop him.

Scripture that pertains to a people that abandon God and their foundational principles:

The foreigners who reside among you will rise above you higher and higher, but you will sink lower and lower. They will lend to you, but you will not lend to them. They will be the head, but you will be the tail. All these curses will come on you. They will pursue you and overtake you until you are destroyed, because you did not obey the LORD your God and observe the commands and decrees he gave you. – Deuteronomy 28:43-45

From this article with transcript of the phone call

Bear in mind that Congress has the constitutional authority to stop corrupt presidents dead in their tracks by means of impeachment (1.2.5; 1.3.6,7) or overriding presidential vetoes (1.7.2).

The problem is that we now have a dead-beat, RINO-controlled Congress that is probably going to let lawless Obama get away with anything.

When we refused to adhere to Article II Sec.1 and swore in an ineligible man we forfeited all of it. He can do whatever he wants and he knows it.

Moving the southern border up 250 miles and returning that area back to Mexico was originally planned to take place during Peanut Carter’s second term.

There was supposed to be a revolution in Mexico and the refugees would come streaming north into the US fleeing the war.

Carter would let the refugees come into the country basically moving the border back 250 miles.

Once the revolution was over Carter would then give the area back to Mexico because there would be too many people to send back.

When I first heard it I thought the people telling me were repeating rumors or nuts, then a guy and his wife said they were in Mexico and overheard people in a restaurant talking about it and what they heard wasn’t just chatter.