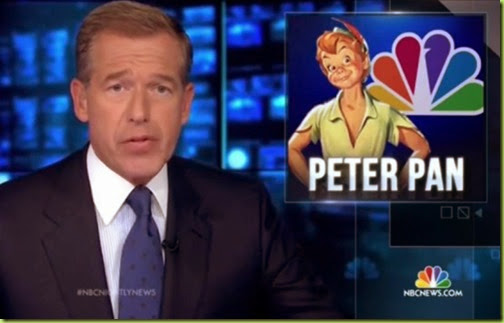 Brian Williams is taking a sabbatical until he’s no longer the laughing stock of the internet - this is HUGE! I can tell because even Maureen Dowd can’t seem to find the humor in it. It’s as if she senses something more existential (yes, I said it) is at stake here. It may be starting to dawn on her that the broadcast (and print) journalism franchise is flailing. Like Radio Shack, who continued to hang around providing inferior product and service long after they had lost sight of their objective. 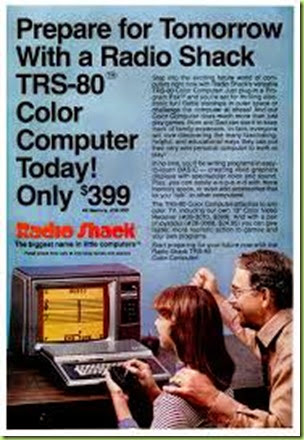 Here’s MoDo’s take on the situation:

Although Williams’s determination to wrap himself in others’ valor is indefensible, it seems almost redundant to gnaw on his bones, given the fact that the Internet has already taken down a much larger target: the long-ingrained automatic impulse to turn on the TV when news happens.

As the late-night comic anchors got more pointed and edgy with the news, the real anchors mimicked YouTube.

I wonder what’s worse, being obsolete, or redundant? 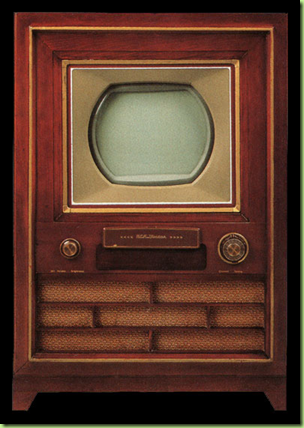 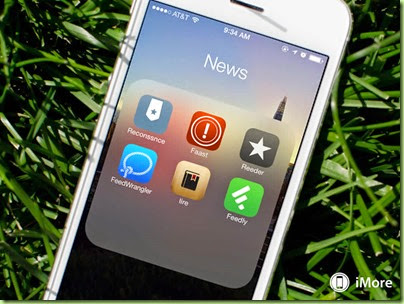 I guess I can see how such existential dread could lead you to generate “self-glorying fantasies.” I’m just surprised MoDo picked up on this; I wonder what tipped her off to the pending end of the world as she knows it? Was it the acrid smell of mendacity? 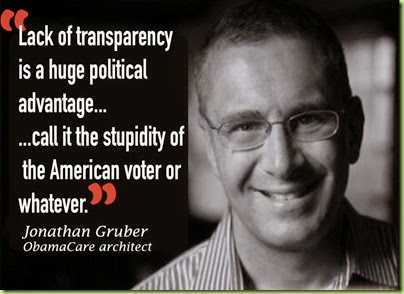 The frightening confrontation of a delusional mind? 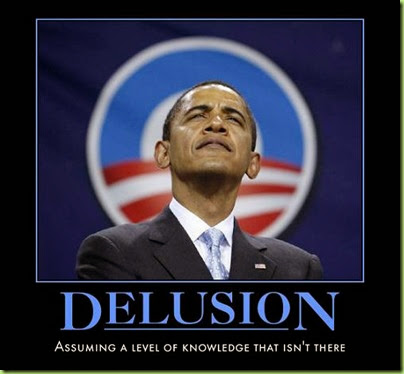 Or perhaps it was finally confronting the depravity of absolute narcissism? 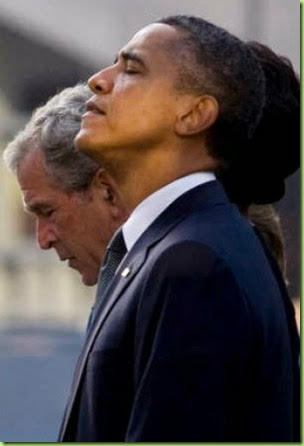 Whatever it was that put MoDo on the truth trail after all these years, I’ve got to admit, she nailed it: 30 years after many of us first began to get wind of it. Better late than never.

Social media — the genre that helped make the TV evening news irrelevant by showing us that we don’t need someone to tell us every night what happened that day — was gutting the institution further.

The nightly news anchors are not figures of authority. They’re part of the entertainment, branding and cross-promotion business.

Unfortunately doing “more serious stuff” is a very low bar indeed when we’re talking about nightly newscasts that are “rife with cat, dog and baby videos, weather stories and narcissism,” all of which can likewise be viewed at your convenience on the innertubes. So there’s that whole redundancy thing again, eating away at your relevance. Everybody gets the news tweeted  out to them long before the evening network news hits the air. 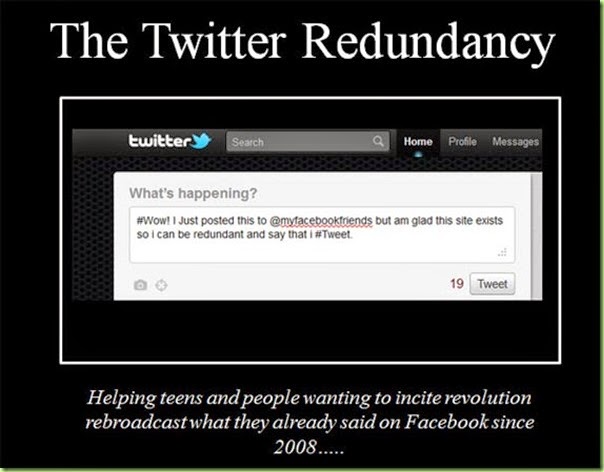 So here’s my take: anytime you have a story that gets Maureen Dowd and Mark Steyn on the same page, it’s got legs.

Stephen Glass and Jayson Blair didn't kill American journalism. But the absurd self-aggrandizement of journalism…is a big part of the narcissistic culture that lures a competent well-coiffed teleprompter reader down the path to fake war stories.

And that’s nearly as bad as telling tall tales about your dying mother’s being denied insurance coverage in order to pass your legacy healthcare legislation. 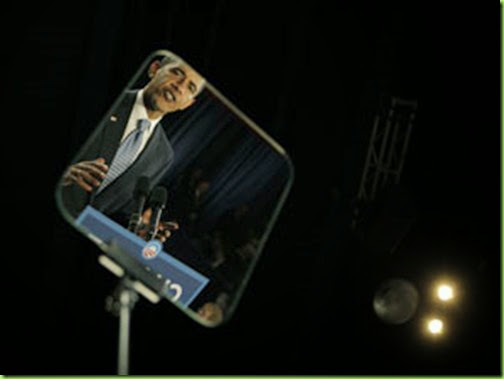 As a wise man once noted: “Teleprompter readers: you can’t live with them butt you sure as hell can live without them.” 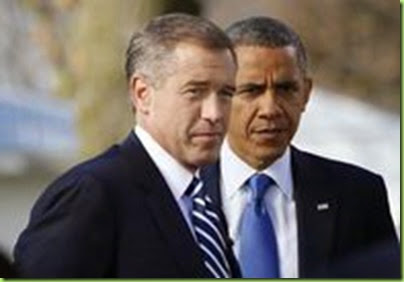 That’s right, we both slow-jammed the news with Jimmy Fallon; what about it?

In other news, members of the royal Obama family dined with Thomas Nides and Virginia Moseley in their swanky Washington home last night. Nides is vice chairman of investment bank Morgan Stanley. His wife is a CNN executive. My guess is they were just trying to secure Malia’s future while the getting’s still good.

Since mainstream “news” just passes on PR from leftist groups of all sorts, they’re all redundant beyond tech people to get the electronic data out.

Because something is happening here
But you don’t know what it is
Do you, Mister Jones?

They are useless, unless they have the ability to spin a good yarn.

teleprompters are silly but not the main issue

the main issue is who’s programming the teleprompter

7 posted on 02/08/2015 11:55:26 AM PST by faithhopecharity ((Brilliant, Profound Tag Line Goes Here, just as soon as I can think of one.)
[ Post Reply | Private Reply | To 1 | View Replies]
To: NOBO2012
Are Teleprompter Readers Like Brian Williams Obsolete?
I stopped watching the CBS/NBC/ABC evening news about 20 years ... way too biased. Started surfing the cable news shows like Fox/CNN/HLN, etc.
But a a few years ago I realized their 24/7 news cycle made for some very boring news stories and a lot of BS fluff pieces.
So I quit watching them and switched back to CBS/NBC/ABC. With my BS radar up, I can deal with them for 30 minutes a day. They don’t even have to be good at it; there will always be a role for them as long as people are too lazy to analyze news/think for themselves.

Of course, the common core system will teach them to read with comprehension at a fair speed of 50 words per minute if the words are no more than 4 letters long, no script and plenty tall so they can see them even after spilling their coke on it.

Public education has been failing for decades; that is how an incompetent token like Obama can be elected. Many years ago a classmate’s father explained how in Italy (where he was raised) the ruling classes wanted the peasants to remain illiterate; I see the same thing unfolding here. We are not trying to mold the next generation of leaders, but rather those who would be led.

I knew the local networks gave up on viewership when I started seeing an obese black woman doing segments; we’ve always had a racial mix of newscasters, but no white woman would get this job in this physical condition. They seem to realize that many people are getting their news elsewhere anyway, so it didn’t matter.

19 posted on 02/08/2015 1:17:58 PM PST by kearnyirish2 (Affirmative action is economic warfare against white males (and therefore white families).)
[ Post Reply | Private Reply | To 17 | View Replies]
To: NOBO2012
Although Williams’s determination to wrap himself in others’ valor is indefensible

for postmodernist libtards, it is the narrative that counts, not reality, because for them there is no such thing as objective truth.