Yesterday was the official kick-off of the 2015 Sundance Festival. And good news, Robert Redford is still heading it up. So – for whoever requested new pictures of wrinkly old Bob – I’ve got you covered! In fact, take your pick: 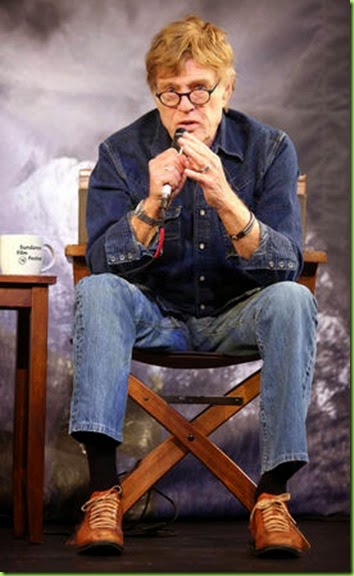 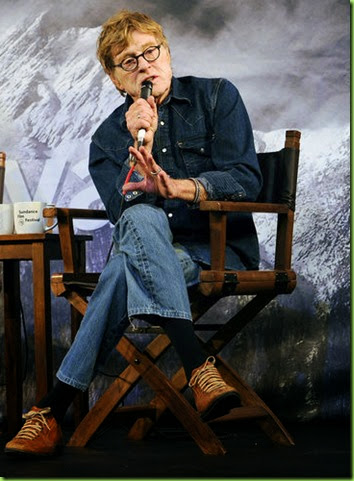 Bobby obviously doesn’t own a comb, since he’s still workin’ that boyish tousled hair look. Butt I think we can all agree that he’s had a bit of machine grooming (dermabrasion, Botox, fillers). While still age-appropriately weathered, at least his face doesn’t look like crater lake any more. So there’s that.

And just trust me; it is an improvement. 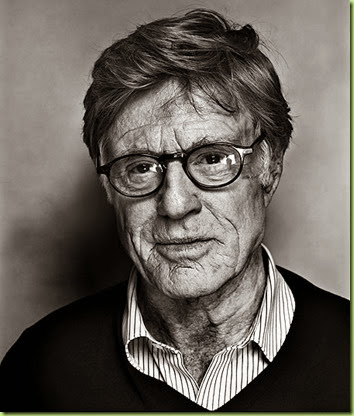 So children, learn this well, liberalism is very dangerous: *sigh* 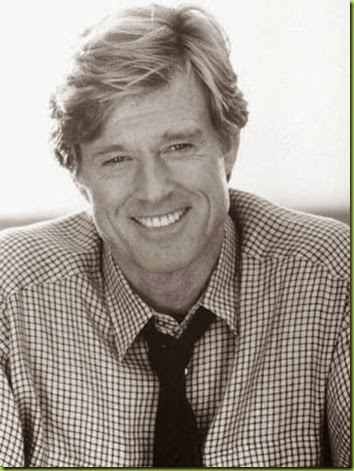 The Way We Were

Well, that’s all I’ve got time for today; I’ve got houseguests to tend to. I’ll have to get back to you later on what deviancies and perversions will be highlighted in this year’s lineup.

Please carry on the conversation regarding other key issues of the day: the irony of Bill Belichick and Tom Brady getting their news the same way the President does - from television. The collapse of Yemen – a country BO hailed as “a success story” just last September, the discovery by Senator Menendez’s that Valarie Jarrett drafted BO’s talking points on nuclear Iran. Etc..

If you’re interested, Little Mo and I will be available this evening from 6:00-8:00 pm EST to host a special edition of the MOTUS Twilight Nocturne Lounge. Maybe that will help work out some of the bumps and lumps incurred from another week in Wonderland. Let me know if you’re in.

Most films that come out of Sundance are ultra cheap and disposable.

Primer was a wonderful film out of Sundance.

Just saw his film about being on a sinking boat. Ran through it on fast forward in about ten minutes. The dyed yellow hair is so at odds with his face.

Otherwise, he seems age appropriate and not bad looking. Reservoir Dogs too. But they are few and far between.

I think this finally persuaded some of the older film critics that even though a bad movie is shown at a film festival, it is still a bad movie.

The 2010 picture only looks bad because he insists on keeping his hair incongruously colored. With grey hair that face would be honorably grandfatherly.

I make very few exceptions about entertainment from Lefties.

1) Anything from Dave Matthews (go ahead, throw stuff at me)

2) The Oceans movies if I’m sufficiently lubricated and the the wine impairs my better judgement.

3) Out of Africa. It was on the other night, haven’t seen it over a decade, and it’s still gorgeous.

These are pretty much the only the only things I’ll partake of from the enemy. I make up for lack of time spent on TV by trolling the web and having 4 radios on at all time in my house. :-)

11 posted on 01/23/2015 8:04:14 AM PST by CaptainPhilFan (Since we can't live together we should just divide the country with a really long piece of tape.)
[ Post Reply | Private Reply | To 1 | View Replies]
To: yefragetuwrabrumuy
South Park hit this one dead on when one of the boys sneered at film festivals, because “all they show are movies about gay cowboys eating pudding”. Then the little girl character drags her boyfriend to see one of the movies, and sure enough, it is about gay cowboys eating pudding.

South Park predicted the future on that one. That episode was pre-Brokeback Mountain.

Or woody allen. You know, if there’s a diff.

Me, too. I did find that going back to them later, they didn’t hold up. Must have been my early refusal to grow up that made me like them.

I was referring to appearance, though. One of those pics looks eerily like WA