We started the week with Gruber, apologizing for acting stupidly: "In excerpts of these videos I am shown making a series of glib, thoughtless, and sometimes downright insulting comments," Gruber said in prepared testimony to the House Oversight and Government Reform Committee Tuesday. "I behaved badly, and I will have to live with that…"

And apparently so do we – “have to live with that” I mean – as the House of Boner passed the CROmnibus last night. Now our fate is in the hands of Elizabeth Warren.

Next, Senator Feinstein acted stupidly by releasing a prosecutor’s brief untainted by any hint of fair-minded inquiry. Even after enhanced interrogation attempts, Feinstein refused to reconsider her stupidity and wouldn’t even offer up an apology. Saying only:

…she had gone back and forth over whether the committee should delay the release of the report given the instability across many parts of the world.

”There may never be a right time to release the report.”

Well, duh, Diane: so far you’re in the lead for this week’s winner of the “you can’t fix stupid” award.

“A stain on our values”

Then Hollywood entered this week’s stupid people sweepstakes. Their private “too cute by half” emails back and forth to each other having been exposed by hackers, the big-wigs quickly apologized for getting caught acting stupidly:

“To anybody I’ve offended, I’m profoundly and deeply sorry, and I regret and apologize for any injury they might have caused,” the film producer Scott Rudin said in a statement after the disclosure of his private email banter with Amy Pascal, Sony’s co-chairwoman, about Mr. Obama and black-themed films. “I made a series of remarks that were meant only to be funny, but in the cold light of day, they are in fact thoughtless and insensitive — and not funny at all.” 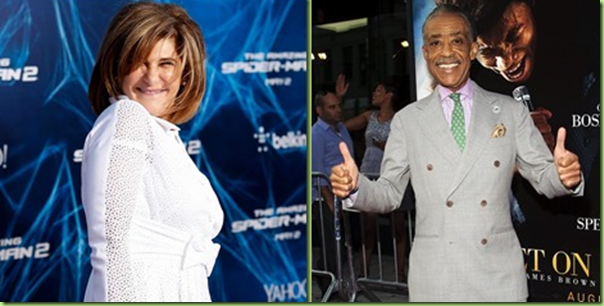 Ms. Pascal said in her own statement: “The content of my emails to Scott were insensitive and inappropriate but are not an accurate reflection of who I am. Although this was a private communication that was stolen, I accept full responsibility for what I wrote and apologize to everyone who was offended.”

Yeah, sorry; not good enough for our White House resident race pimp (no, the other one).

And I think we can all agree John Boehner acted stupidly by #Grubering his conservative base. Will he apologize too? Stay tuned butt don’t hold your breath; so far all he’s done is take a victory lap.

Maybe he was confused by Nancy Pelosi and Elizabeth Warren’s opposition to Big Guy’s bill, or maybe he really thinks his base is in favor of re-opening the Wall Street Casinos and funding Obamacare, EPA carbon taxes, wide-open borders and amnesty. 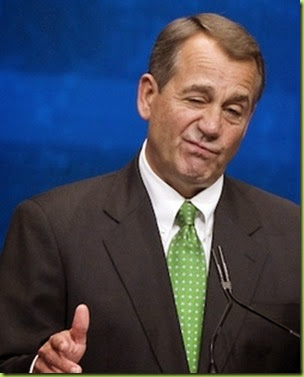 Have another glass of red wine, John, and go sit next to Dianne; you’re definitely in the running for this week’s top award.

Meanwhile, Big Guy accompanied Lady M to the Marine’s annual Toys-For-Tots round up. Since she usually goes alone, and he doesn’t look all that happy to be there,  I assume he must have done something stupid and this was payback. 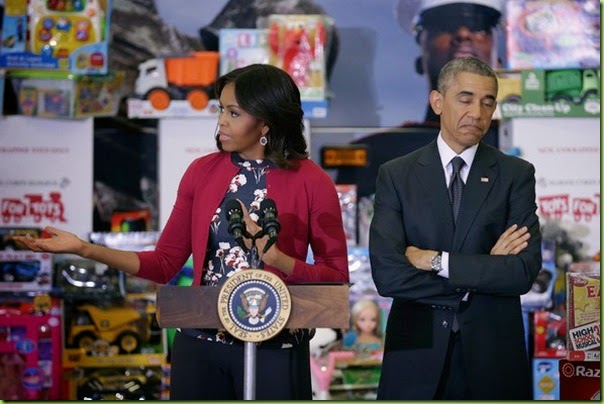 “Yeah, like I said, ‘To anybody I’ve offended, I’m profoundly and deeply sorry, and I regret and apologize for any injury that might have caused.’”

It appeared that Big Guy didn’t quite grasp the objective of the toy drive and tried to make off with bags of loot. 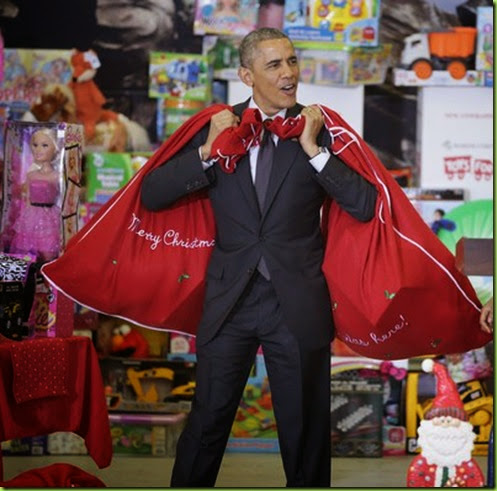 In any other week that would have moved him into the final round of the You Can’t Fix Stupid contest. Unfortunately this week the competition was just too strong.

Oh by the way: this week’s celebrity judge - who will determine who receives this week’s “you can’t fix stupid” award is Paula Deen. You can place your bets now at window 2. 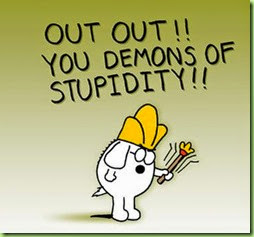 2 posted on 12/12/2014 6:31:09 AM PST by RatRipper (No need to rob others; democRATS will steal and share a tiny bit with you.)
[ Post Reply | Private Reply | To 1 | View Replies]
To: NOBO2012
Conservative radio host Tom Marr yesterday said that Boehner is a supporter of 'CLCOC'. The show producer asked what 'CLCOC' was? Tom Marr said; 'Cheap Labor Chamber of Commerce'. www.tommarr.com Gruber told the truth. That was his only crime.