In what is likely a sign of things to come in 2016, the conservative Koch brothers-backed group Americans For Prosperity released an ad on Wednesday seeking to tie Sen. Mary Landrieu (D-La.) to controversial ObamaCare adviser Jonathan Gruber.

Gruber made headlines earlier this year for saying it was the “stupidity of the American voter” that helped the Obama administration pass the Affordable Care Act.

The ad says Landrieu repeated President Obama’s ObamaCare “Lie of the Year” that if you liked your healthcare plan you could keep it, before launching into the Gruber attack.

“An ObamaCare architect bragged about deceiving Americans to pass the law,” the narrator says before cutting to a mash-up of Gruber making his controversial remarks.

“How can Mary Landrieu fight for Louisiana and still support the ObamaCare deception?” the narrator asks.

The ad cuts to Landrieu saying: “I would vote for it again and I’ve said that and I’m not backing up from it,” and “if they don’t like it they can un-elect us, I’m up for reelection right now.”

At their Monday debate, Cassidy sought to tie Landrieu to Gruber. The candidates each had an opportunity to ask the other a question of their own, and Cassidy asked Landrieu when she knew the administration was being deceitful in passing ObamaCare, as suggested by the recently uncovered remarks.

Landrieu argued that “the law is not perfect and needs to be improved” but said it’s a “better system than what we had,” and said Republicans were being hypocritical because the law was based on conservative principles put forth by the Heritage Foundation and former Massachusetts Gov. Mitt Romney (R). 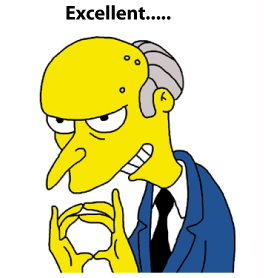 2 posted on 12/03/2014 1:02:10 PM PST by FreeAtlanta (Liberty or Big Government - you can't have both.)
[ Post Reply | Private Reply | To 1 | View Replies]
To: All
Landrieu’s no good, very bad final debate as Louisiana Senator "How can we tell that this was a bad final appearance in an embarrassing effort for Mary Landrieu? Normally when a debate takes place, the organizations created to support the partisans engage heavily in social media in an attempt to amplify the “gotcha” lines. Last night, Huffington Post reporter Sam Stein noticed a kind of hush all over the Democratic world:..........."

"I am extremely disappointed in the Democratic Senatorial [Campaign] Committee. I've said that. You know, they just walked away from this race," Landrieu said in response to a Washington Post question about Democratic groups mainly staying on the sidelines during the runoff. She made her remarks after a rally here just steps from City Hall.

The DSCC canceled its television ad reservations shortly after the Nov. 4 midterm election in which Democrats lost control of the Senate."...............

Was I asleep for 20 years? When did Romney become a conservative? And why didn’t anyone tell me! *&^% !

Holy Moly, the Eevil Koch brothers are almost as popular with the ‘rats as Dick Cheney...

8 posted on 12/03/2014 1:08:54 PM PST by PROCON (Always give 100%...unless you're donating blood.)
[ Post Reply | Private Reply | To 1 | View Replies]
To: Trapped Behind Enemy Lines; All
UNDER-THE-RADAR.....Landrieu calls on Obama for final turnout push "Washington (CNN) -- Facing the potential for a drop in turnout among African-American voters, Sen. Mary Landrieu and the Louisiana Democratic Party have turned to drastic measures to gin up enthusiasm among that pivotal voting bloc: On Monday they, quite literally, called in the President.

President Barack Obama phoned in Monday for an under-the-radar call with Landrieu, party organizers, volunteers and other grassroots supporters across Louisiana, according to a spokeswoman for the Louisiana Democratic Party.

Obama said Landrieu "has been an outstanding advocate on behalf of Louisiana working families every step of the way," according to a state party tweet on Monday.

The lack of publicity for the call -- it wasn't advertised to press or the public outside of a few tweets that were picked up by the Washington Examiner -- underscores just how toxic the President remains for Landrieu.".........

Exactly, adieu Landrieu. I don’t need one thing more to make up my mind how to vote. I have been waiting for this opportunity.We told her what would happen if she voted for obamacare. She told us if we didn’t like it we could vote her out - guess what! Out Out dam landrieu!

One thing though. What is truly amazing about Mary Landrieu, IMHO, is that fact that she has been able to hold the US SENATE seat in LA for 18 years with a voting record as liberal as hers.

Be sure to keep plenty of Liquid Plumber on hand when you flush you Loo on Saturday.

She has a base in New Orleans - large, all black and solid democrat. But they can’t help her this time. Finally, she did something EVERYONE disagreed with. And, she is as good a liar and the rest of them. One of her campaign commercials I took to task and googled the information and it was a lie. That really disgusted me.

Er, wait a minute. That was Landru. Nevermind..

Mary Landfill, headed for the landfill