Well, he always did strike me as more “used car salesman” than President, so who could be surprised by Big Guy’s assessment of the 2016 Democratic Presidential candidate field,  where, at the  1:30 mark, he observes that the American people are ready for “that new car smell”

If you ask me, I think what voters really want is a complete air exchange - to get rid of the current stink.

Who did Big Guy endorse as having lower mileage than himself? Hillz? JoeyB? Butt who am I to evaluate the mileage and smells of the 2016 Neo-Communist Democratic field? I’m not a big brained, Ivy League Economist, Constitutional Law Professor, or even an International Fashion Icon and Busy Mom (h/t Cripes Suzette). So, maybe I should just ask you: 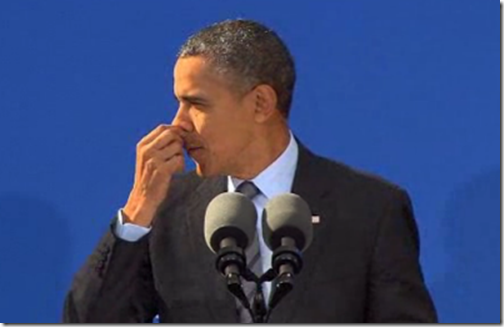 “There ain't nothin' more powerful than the odor of mendacity!” – Big Daddy, Cat On A Hot Tin Roof

PS: George Stephanopoulos also asked Big Guy to explain why executive “prosecutorial discretion” was okay for him, butt not for any future president. For the record, he didn’t really have an answer, butt since none of the other MSM alphabets are covering this embarrassing situation, I probably shouldn’t either.

How about a large economy size can of Bullshit Repellent.

If BO was a car, he would be worse than a Trabant (that East German car). That car was even worse than a Yugo...

This admin smells worse than infected cheese on a hot plate.
That explains why flies flock to Obama.

Contrary to what many think, I am NOT for eventually fumigating the wh—bulldoze it, we don’t need any stinkin’ taj mahals in America !!!!!!

In the spirit of Keystone XL (AKA: laying pipe), I’d ask for clarification.

To wit “most mileage while biting a pillow”?

8 posted on 11/24/2014 5:19:13 AM PST by Cletus.D.Yokel (Catastrophic Anthropogenic Climate Alterations: The acronym explains the science.)
[ Post Reply | Private Reply | To 1 | View Replies]
To: NOBO2012
All low information Hillary voters are going to need one of these.

I—for one—JUST LOVE the smell of a new coil of hemp ROPE!!!

I was thinking it is worse than when my daughter forgot to remove the bait from her car this past summer here in Houston. Her car smelled like a dead body for over a week.

All this talk of “new car smell” makes me laugh.

I can’t imagine Hillary smelling like a new car!

I don’t even WANT to know what she smells like...

Very curious phrase to use, talking about new car smell.

Is this a backhanded slap at Hillary? Whatever people think of Hillary, nobody would say she has a new car smell, that she would be a new exciting charismatic candidate, or any of that. She’s been a political fixture for decades. Definitely has a used car smell, to use the smell test.........