“You don’t like a particular policy or a particular president? Then argue for your position. Go out there and win an election." – Barack Obama, October 2013

Butt when you win, don’t expect to get your way. That right is reserved for the Left:

So - we posed for the press, 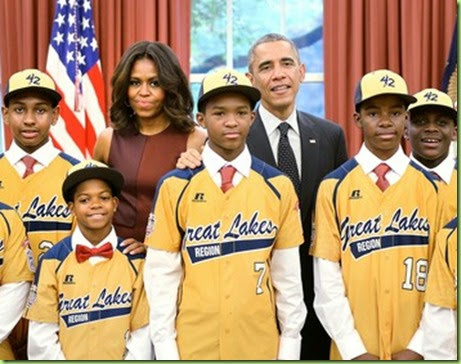 Whoops! That looks a little too, ah, authentic. Take 2: 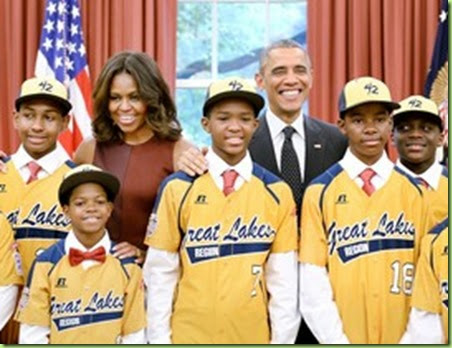 broke bread with the enemy, 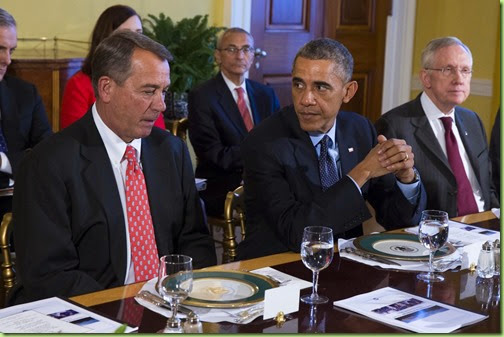 and doubled down on our plan to fundamentally transform America. 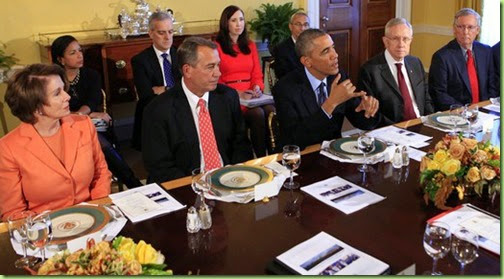 Butt don’t worry: as long as the Republicans do things the way Barry wants them done, he won’t have to use that dangerous pen of his. He won’t be forced to destroy the Republic in order to save it – as explained by the Josh:

White House press secretary Josh Earnest said Friday that Obama “is very focused on” immigration and that Republicans can do only one thing to stop him.

“They can allow that common-sense, bipartisan bill from the Senate to come to the floor of the House of Representatives,” he said. “And if the House passes that Senate bill, the president won’t take executive action. Maybe the republic will be saved. Maybe the ego of the House Republicans will not be bruised. Certainly, the United States of America would benefit significantly from them taking that step.” 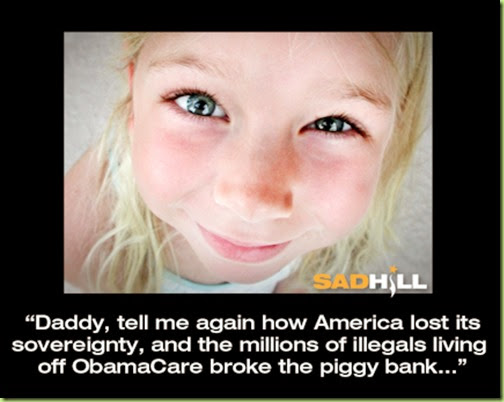 Stay tuned for the next episode of Live! From the Left Wing – It’s Saturday Night!

“He seems unmoved and even defiant.”

Funny stuff, BUTTTTTTTTTTTTTTTTTT I hate to be the grammar fascist, BUT!!! “but”, as a conjunction, is spelled with one t...as in “but I meant well.” Now, if you’re talking about somebody’s hindquarters, then it’s two ts....like “Obama is a huge butthead.”

The blog’s author has been spelling it this way for years....

That’s the whole point. Michelle’s Mirror sees her what?