Since Big Guy didn’t bother to copyright his ISIS/ISIL speech, David Cameron decided to use it when he addressed the citizens of the United (temporarily) Kingdom following the beheading of British hostage David Haines.

BHO: “ISIL is not ‘Islamic.’ No religion condones the killing of innocents, and the vast majority of ISIL’s victims have been Muslim,”

DC: “They boast of their brutality. They claim to do this in the name of Islam. That is nonsense. Islam is a religion of peace. They are not Muslims, they are monsters.”

BHO: “Our objective is clear: We will degrade, and ultimately destroy, ISIL through a comprehensive and sustained counter-terrorism strategy.”

DC: "Step by step, we must drive back, dismantle and ultimately destroy Isil and what it stands for."

BHO: “As I have said before, these American forces will not have a combat mission –- we will not get dragged into another ground war in Iraq.”

DC: The Prime Minister said that "we have to confront this menace", Mr. Cameron added that this will not involve direct British involvement in fighting.

So far then, we can confirm that both Britain and the United States are engaged in some type of counter-terrorism effort against ISIS and/or ISIL. Butt we still don’t know if we are actually at war. Or not.

Despite the conflicting messages I’m going to say “NO WAR” since Big Guy went golfing again this weekend. And as everyone knows, the Commander in Chief never goes golfing during a war. 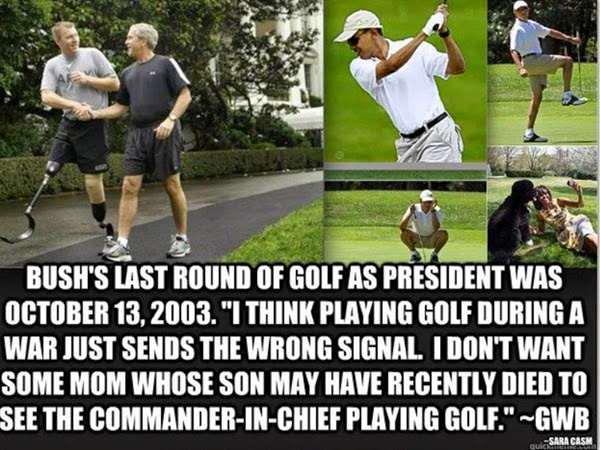 Thus conscience does make cowards of us all;
And thus the native hue of resolution
Is sicklied o’er with the pale cast of thought,
And enterprises of great pith and moment
With this regard their currents turn awry,
And lose the name of action.–Soft you now!

Let’s not have this ever again… 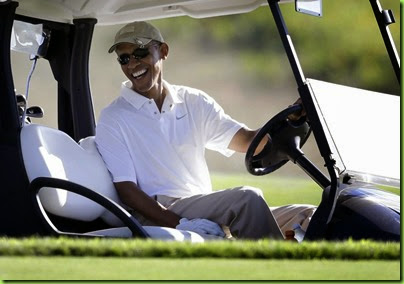 Expert explains who exactly are the Muslim Brotherhood Advisers at the White House.

bho is an enemy islamist. Cameron is an islamist facilitator.

In internal briefings in 2006 Pentagon intelligence analysts reached a wholly different conclusion after studying Islamic scripture and the backgrounds of terrorists. They found that most Muslim terrorists are in fact students of the Quran who are motivated by its violent commands – making them, as strange as it sounds to the West, “rational actors” on the Islamic stage.
There can be no more excuses or obfuscation regarding the bloody intentions or religious and ideological basis for these acts of bloody madness.

Degrade is a tactic.

Destroy is a goal and strategy.

Define the end goal in stark terms. That should have been all that was said.