"Those with power fight to make sure every rule tilts in their favor. That's what democracy is up against." —Elizabeth Warren 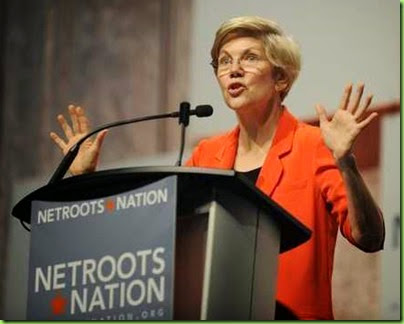 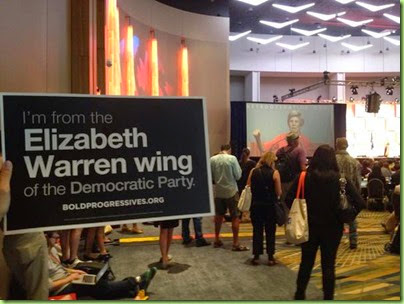 Lizzie took the opportunity to outline the 11 tenets of progressivism, because 11 is a nice round number:

In short, 1 percenter Lizzie focused her keynote NetRoots address on denouncing other 1 percenters who do not share her generous and caring heart. So you can add Lizzie to the growing list of progressives championing the elimination of “income inequality” by taxing the benefactors of “white privilege” who actually have jobs and work for a living. Also, you can add her to the list of charter members of the “millionaire denialism” movement:

After Liz’s stump speech, actor Mark Ruffalo (the “Hulk,” if that helps) appeared on stage to say that he was in Detroit to protest the city’s controversial water shutoffs for nonpayment:

In order to fully understand the extent of this humanitarian crisis you need to know that the Detroit Water Board - owned by the bankrupt city of Detroit – started shutting customers off for non-payment last March. At the time they had $120 million in arrears, as over half of the residential customers had already determined that water was a basic human right and therefore did not pay their bills at all. Currently the Water Board is down to a far more reasonable $90 million arrears. I’ll let Nadine, who has had her water shut off for being just $5700 in arrears, explain the inequality of this situation:

“I just cannot imagine that there’s thousands of people right here in the city that are going through this and that so many people see nothing wrong with it. They feel like, ‘Well if you didn’t pay your bill, then you shouldn’t get water.’” (h/t to my bro)

I KNOW! I can’t believe it either!!! Imagine thinking that you should have to pay for stuff like your Obama-phone, or your lobster tails! When there’s so much inequality in this country. That’s so, so…Republican. Because “millionaire denialism” only works for “dead broke” Democrats. 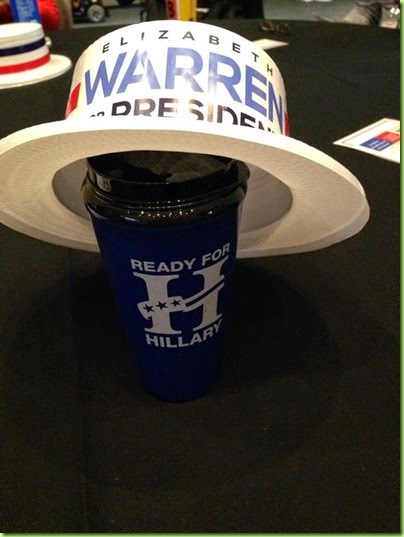 Anyway, I think Nadine should be allowed to run up her water bill to a nice round $9000 before anyone harasses her again. Because with the Water Board running an arrears balance of $90 million – if my math is correct – Nadine will then be a member of the .001%.

There must be faulty phone lines between my home and DC.

If Cruz gets the Republican nomination, I hope Granny gets theirs. He will cut her to ribbons in debate. And it will be a clear debate between right and left, not a battle of platitudes and euphemisms.

“”We believe that equal means equal, and that’s true in marriage, it’s true in the workplace, it’s true in all of America.” (If your Mom didn’t teach you that life isn’t fair, you will probably never grasp the intrinsic fact that human beings, by design, are not equal.)”

I remember waaaaay back in elementary school, if you were caught with a piece of candy or gum, the teacher asked if you brought enough for everyone. If you didn’t, you had to throw yours away, because why should you have some if everyone else can’t? I was suspicious of that methodology even then. These are the fruits of that methodology.