When Rahm Emmanuel advised “never let a good crisis go to waste” he knew of what he spoke. And we have exploited every last one of them – both God-made and man-made. Now, 6 years later, the crises continue… 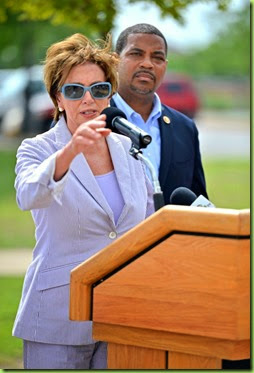 “So ... we have to use the crisis — that some view as a crisis, and it does have crisis qualities — as an opportunity to show who we are as Americans, that we do respect people for their divinity and worth.” - Nancy Pelosi, at our former Mexican border June 28, 2014.

almost as if…somebody was planning them.

Butt if you believe that the rush of unescorted illegal alien children across our border is an Organizing For America tactic, you must be one of those Tea Party nuts. And if you object to it, you must be a racist.

Oddly, it would seem as if anybody with half a brain should know that America can’t simply absorb all the troubles in the world into its borders and still manage to be that shining city on a hill, a beacon of liberty and democracy for the rest of the world. Hard to see how usurping our freedom and liberty will serve to advance it around the world isn’t it?

Which brings us once again to that age-old nagging question: ignorant or nefarious? 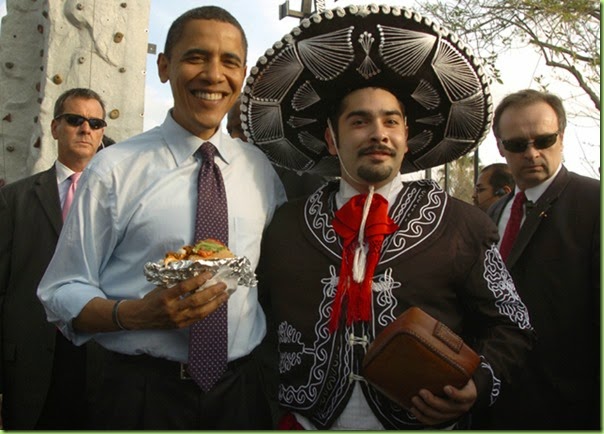 Meanwhile, we remain in the hands of those who would surrender our freedom for a few votes: 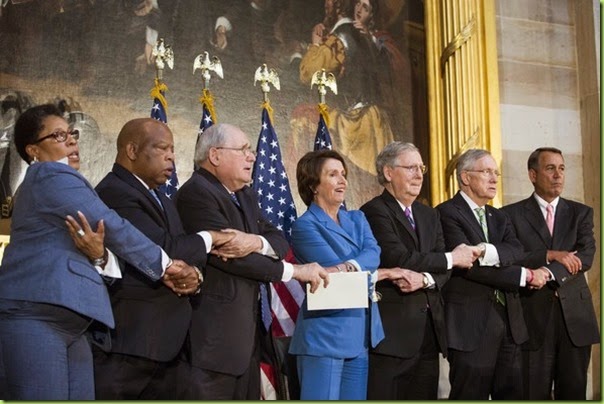 until such time as the natives grow restless. 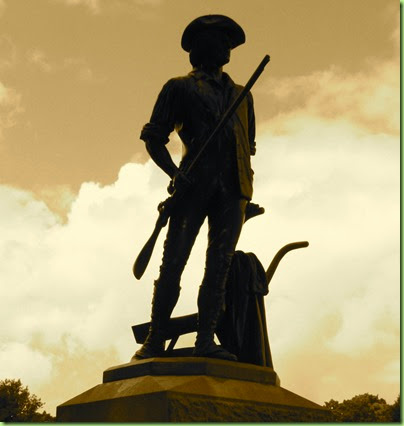 On The Border: Al Stewart

That photo of them holding hands is ridiculous.

I would like for the voters to Jettison all of them in that picture and get new blood.

I just had to find the origin of that photo.

The video is hysterical for so many reasons

What are they overcoming? Themselves? They are running the country for crying out loud, will they diss “the man” too?

I hear Barkey wants $2 billion to send all these kids back.
Shoot...what happened to the Grayhound bus ?

“We are a community ..with a Border..Running Through It”..

She has a skull with a CRACK running through it

Has escalated since evening/morning November 4th/5th 2008 where the Constitution was openly swept under the rug/rock when OATH taking officials cowardly not showed up making arrests on a slew of traitors to our country. We and the whole world are paying dearly for lacking the duty of defending the CONSTITUTION they took an Oath to do. Causing our crisis and the Arab Spring where the whole Middle East is in total chaos!!!