Today’s reflection, and a warning:

They said it couldn’t be done – until it was.

How’s that amnesty masquerading as immigration reform working out for you now, Eric? 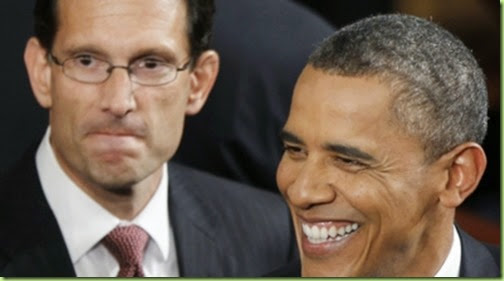 When you make a deal with the devil, the devil always wins.

“The defeat of the second-ranking Republican in the House by an ill-funded, little-known tea party-backed candidate ranks as the biggest Congressional upset in modern memory and will immediately generate a series of political and policy-related shockwaves in Washington and the Richmond-area 7th district.”

The embedded moral, if anyone’s interested, is that flouting the law of the land and thumbing your nose at the will of people isn’t really a good idea. Big Guy might want to keep that in mind before he get’s that pen of his out to declare those who are illegal to be legal.

Because when the people finally get “as mad as hell”  they just aren’t going to take it anymore. Right Howard?

“Reagan was unelectable … or was until he was elected. Lincoln was unelectable. Bush 41 was a shoo-in … until he wasn’t. The history of elections in the United States is strewn with egregious predictions and declarations. Dewey Defeats Truman! Except, well, he didn’t.” 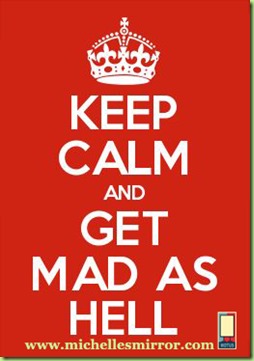 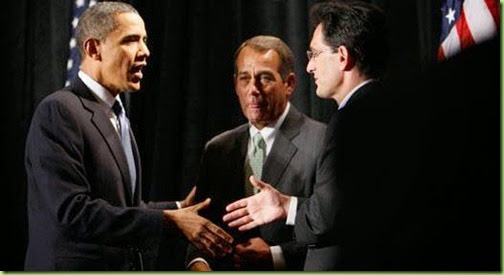 Yeah John, we’re coming to Ohio too, so keep that in mind.

Well is that not a keeper? Shaking hands with the devil.

Eric:
You were more Democrat than Republican.
Don’t let the door hit you on the way out.
Adios you four-year, ferret-faced rat-fink.
Love,
Your Mom

How is auto correct like the GOP?
The only thing you can depend on is it screwing up.

Yep, speaking out of both sides of your mouth at the same time will do that for you. Conservatives have a smile on their faces today that no liberal can take away.

Cantor is one of the US Chamber of Commerce’s star Amnesty Whores that has become a lame, (but still very dangerous), duck, and there are many, Many more Amnesty Whores to go.

Crushing the Tea Party in every race, just as McConnell promised.

* Abolish all Federal, State and Local Welfare payments to non-citizens of the USA.

* Block all money transfers to Mexico, or other any Country South of our Southern Border.

* After lunch, pass and sign Federal Penalty law to anyone who hires an Illegal Alien Invader, with a fine of $1,000 per day per alien.

* Be as hostile to Mexicans as the Mexicans have been to the US Marine held and tortured in Prison by the Mexican Guards for the last two months.