Today we reflect on what passes for debate in the Age of Obama:

No, this is real. Complete explanation in, of all places, The Atlantic: Hacking Traditional College Debate's White-Privilege Problem.

Which begs the question: were this not the Age of Obama, could the soft racism of lowered expectations have so completely transformed the art of competitive collegiate debate?  (That’s a rhetorical question, if anyone’s keeping score.)

Clearly what is demonstrated in the video is not classic debate, where arguments are made and refuted. It’s more like classic performance art; a rant, if you will, of the take-no-prisoners (or breath) variety that made fake TeeVee “news” show debates famous. Highest scores go not to the most rational arguments, butt to the loudest voices and most repetitious recital of the day’s talking points.

Alas, in the Age of Obama, logic is simply another manifestation of white privilege. It must be surrendered at the door to make room for the superior powers of the performance. 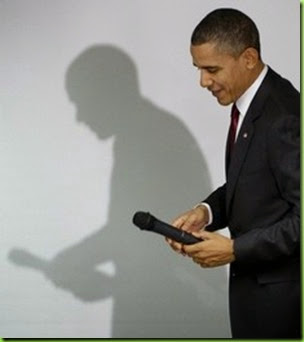 Is it any wonder I need a sabbatical?

What a horrid delivery of her so-called speech.

Someone described me on this forum as a mental patient. His tag is “wideawake”.

I don’t know, I have never seen such breathtaking stupidity. It is as if the colleges and universities are purposefully creating an entire generation of hollow, stupid people.

Stupid. In college and you are stupid. And by the time you graduate you are incredibly stupid. That means I cannot believe how stupid you really are. It is not credible.

Good post, heartbreaking topic. We used to read and think, discuss and reveal through discussion things that did, and still could, change lives for the better.

It is as if the colleges and universities are purposefully creating an entire generation of hollow, stupid people.


People don’t want to think and more, they would rather have others do it for them. I have offended people here when I suggest they put on their thinking cap. I still wear the one issued to me by my elementary teachers but maybe they aren’t issued any more.

If that’s the one that won, I’d really like to see some of the ones that failed to make the cut.

Scary. I was on my high school debate team, and I can’t imagine having lost to this illiterate screed.

The title of this article is a crystal clear example of why conservatism is losing.

Liberals have branded us as racists for decades and have been wildly successful at it.

Conservatives have all the facts, logic, and debate skills, yet we continue to get our asses kicked by fools.

That gibberish from a black college won the national debate competition against Oklahoma.

11 posted on 05/29/2014 8:19:12 AM PDT by MikeSteelBe (Austrian Hitler was, as the Halfrican Hitler does.)
[ Post Reply | Private Reply | To 3 | View Replies]
To: NOBO2012
Modern college debating techniques are utterly unlike anything I saw decades earlier. All teams, not just the black "champions" in the video, speak at supersonic speed attempting to deliver as many pieces of info as possible in the time they have. In short, they're all speedtalkers.

To people not inside the debate fraternity, it all sounds like gibberish. But at least most debate teams try to argue facts rather than the gobbledygook uttered by the black debaters. Debate is another institution that has been destroyed by liberal academia.

Do they typically alternate the words “uh” and “n*gger” so quickly that it’s impossible to determine the meaning of any other words?

Sadly, my fiancee’ gets upset with “news” as provided by FOX or Talk Radio (Chris Plant is pretty good on the radio), and I often have to re-locate to another room while she watches dancing with the stars.

Do not get me wrong, she is a wonderful person, but she is an ostrich. I cannot and will not clap my hands over my ears and make noises to drown out reality.

I am bringing her along slowly, gently, with much patience and love.

She will never attain the status of a raving lunatic like me, or as one wit posted (tagline wideawake), mental patient, but I will get her closer to the honor.

Or not. I do not get angy with people that disagree, I just file away that they are stupid and resolve to double down on making the stupid go away.

15 posted on 05/29/2014 2:38:19 PM PDT by Thorliveshere (Minnesota Survivor)
[ Post Reply | Private Reply | To 11 | View Replies]
To: Durus
I listened to some other debates from white debate teams on YouTube, and you can't understand anything they say either. In the last twenty or thirty years the very basis of the debate competitions has been debased. Now all teams try to speak anywhere from 400-500 words a minute. It's well nigh impossible for anybody outside the debate structure i.e. average people, to understand what they're saying.

But at least the white teams are held to a standard and must discuss the topic. Black teams are given a pass and allowed to do what I guess can be called some kind of weird performance art.

It's basically racist, because they're saying black teams can't be expected to perform to normal rules. In short, there's a double standard: white teams have to follow the rules, black teams can do or say whatever they want. Which explains the complete gibberish uttered by both the black champion and black runner-up teams. The whole thing is now a joke.