Obamacare Mission Accomplished: “The debate over repealing this law is over”???
Michelle Obama's Mirror ^ | 4-2-2013 | MOTUS

Obama’s Rose Garden speech included an acknowledgement that the Affordable Care Act “has had its share of problems” butt did not elaborate.

But buried in the 7.1 million enrollments he announced in a heavily staged appearance is a more unsettling reality.

Numbers from a RAND Corporation study that has been kept under wraps suggest that barely 858,000 previously uninsured Americans – nowhere near 7.1 million – have paid for new policies and joined the ranks of the insured by Monday night. - Daily Mail

Butt pay no attention to the RAND report, it’s just an epidemiological survey, generally deemed to be good enough for government work; just not in this case.

So there’s really no reason to be concerned, everything is progressing exactly as planned, comrades.

We’ll just have to make a few tweaks along the way. Then Big Guy was a bit dismissive, even derisive of all his opponents with this, the ultimate deposition:

“The debate over repealing this law is over”

Because, you know, GLOBAL WARMING!! That’s right, the law is settled, until such time as Barry deems it necessary to change it…again.

And then, because “at times this reform has been contentious and confusing…that’s part of what change looks like in a Democracy,”  and because he could, Big Guy proceeded to break just about every “no taunting” prohibition in the NFL rulebook:

Section 3 of the league’s rule book outlines the behavior that will be penalized, under the banner of Unsportsmanlike Conduct: 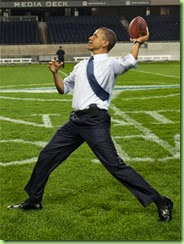 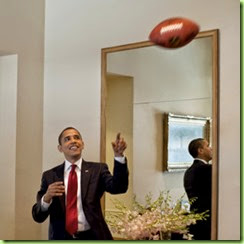 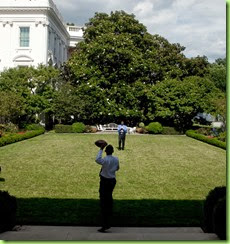 Standing over an opponent: 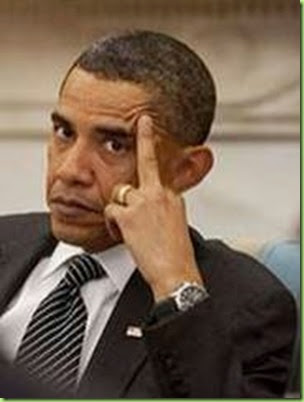 Big Guy, glowering down at Eric Cantor during the 2010 Healthcare Summit

and, of course, dancing:

And I don’t think we even have to discuss “verbal taunting” do we?  Because, you know, “the Election Is Over, John. We Won."

Of course, you’re free to discuss it amongst yourselves if you wish.

This is how the impostor orders the media to not discuss it and to and to ridicule anyone who does.

This is Obama: if he’s not bullying someone weaker than him he’s getting bullied.

Really? There was a law called the Defense of Marriage Act. Obama and Holder threw that one out. So the next conservative president should throw every one of Obama’s illegal, unconstitutional executive orders out and should immediately work to repeal this lousy socialized medicine law. If that doesn’t work, he or she can simply say that it is no longer in effect. That’s the new efficient way to run the country, and it’s fine with the Democrats.

5 posted on 04/02/2014 9:14:22 AM PDT by txrefugee
[ Post Reply | Private Reply | To 1 | View Replies]
To: NOBO2012
yes this discussion about obamacare is over, the Tea Party is dead, the easter bunny will be here soon to hide eggs, santa is already taking a look at you to see if you are good, and big foot is actually looking in your window every night.

All of these things are totally true.....

When was the debate?

I predict Obamacare will not be rescinded, no matter which party wins in Nov.
Even if the repubs get enough votes they will chicken out.
The MSM will portray them as ogre trying to kill off the poor and downtrodden and that will destroy any chance.

At best a few changes may be made.

The debate on gun control was supposed to end with the second ammendment...

They are lying about the numbers. They claim that they are not counting Medicaid sign ups in the numbers, but that is only true if you don’t realize that states, like WA, changed the name of of the Medicaid program and wrapped all real Medicaid recipients into the new Apple Health, which is the name of the new state INSURANCE program on the state Obamacare exchange.

Also, in WA, the state seems to be using automatic deductions from your checking account to pay for O-Care, and you cannot cancel, and cannot miss a payment or even postpone one because, it is automatically deducted. The problem is that it seems as though the private insurers don’t know who has paid.

I forgot to mention that children are enrolled separately from their parents for the new state insurance program, known as Apple Health, which would also greatly inflate the numbers. The kids insurance coverage income limits are very high. I forget the exact numbers, but they are about $50,00 for 4 kids for the free plan, $72,000 for 4 kids for the $20.00 plan and $80 something for the $40/month plan.

The average family wage in many parts of WA is $50,00/year. In December, 90% of the sign ups were Medicaid, I mean, Apple Health.

Obama is a very sick man.