Lerner Likely Waived the Fifth and Can Be Held in Contempt

While Lois Lerner’s reassertion of the Fifth Amendment, as well as the confrontation between Committee Chairman Darrell Issa (R–Calif,) and Rep. Elijah Cummings (D–Md), soaked up all of the media coverage of the IRS scandal last week, one interesting news item did not get much attention: the revelation by Lerner’s attorney, William Taylor III, that Lerner had given “a lengthy interview to Justice Department prosecutors within the last six months.” Even more surprising was Taylor’s admission that Lerner gave DOJ her testimony without getting any immunity from prosecutors.

If that is true, the former IRS official’s reassertion of the privilege against self-incrimination at the March 5 hearing of the House Committee on Oversight and Government Reform is problematic. While the prevailing rule in most federal courts is that a waiver of the Fifth Amendment privilege at one proceeding does not carry through to another proceeding, that is not the rule in the District of Columbia.

In Ellis v. U.S. (1969), the D.C. Court of Appeals specifically refused to adopt that rule, saying it was “unsound.” As the court held, “once a witness has voluntarily spoken out, we do not see how his protected interest is jeopardized by testifying in a subsequent proceeding, provided he is not required to disclose matters of substance which are unknown to the Government.” Under those circumstances, the court held, a person can reassert the privilege only if there is a “real danger of further criminalization.”

Ellis involved a defendant who voluntarily testified before a grand jury but then refused to testify at trial, asserting his Fifth Amendment privilege against self-incrimination. Similarly, if Lerner—without receiving a grant of immunity—voluntarily spoke to Justice Department prosecutors and/or FBI agents involved in investigating IRS targeting of conservative groups, she cannot now invoke the privilege to avoid answering congressional questions that would require her to give the same information she has already provided to criminal investigators.

The Wall Street Journal reports that Taylor said he allowed his client to talk to DOJ because he had “every confidence” that prosecutors are fair-minded and haven’t prejudged the facts. In contrast, Taylor claimed that GOP committee members only want to “vilify” Lerner. But as any competent criminal defense lawyer can attest, you can’t assert the Fifth Amendment to avoid being “vilified”; you can assert it in a congressional setting only to prevent your hearing testimony being used against you in a criminal prosecution by the government. And in the D.C. Circuit, unlike every other circuit, you cannot assert the Fifth Amendment to avoid giving the same testimony that you have already provided to the government.

To the extent that members of Congress ask Lerner to provide information at a hearing that she has not already provided to the Justice Department, she could assert the Fifth Amendment—if she believes that information puts her in danger of criminal prosecution. But the type of blanket assertion of the Fifth Amendment that she made March 5 is likely improper, given what is now known about the information she already provided to government investigators.

It is curious that Taylor would allow Lerner to give testimony to the Justice Department without requesting, at least, “use immunity.” Under federal law (18 U.S.C. §6002), Congress or a government agency such as the Department of Justice may provide such immunity to a witness. It prohibits the government from using any of the witness’s testimony in a criminal prosecution, or any evidence “directly or indirectly derived” from that testimony. As a federal court held in one of the Iran-Contra cases, U.S. v. Poindexter (1988), granting use immunity does not “prohibit a grand jury from indicting or a prosecutor from trying a person…It only limits direct use of the testimony itself and derivative use.”

There is also no indication that the Department of Justice informally provided use immunity to Lerner in exchange for her proffer of testimony, a practice informally known at Justice as “Queen for a Day.” Even if DOJ provided Lerner with informal use immunity, that would not change her liability for refusing to talk to Congress. Indeed, if the Justice Department agreed not to use the statements she provided to prosecutors, it is doubtful they could use those same statements against her if they are repeated to Congress in an open forum.

According to The Wall Street Journal, at least one expert on criminal procedure, Rutgers law professor George Thomas III, found it a “little odd” that Taylor allowed his client to talk to Justice without an immunity deal. Thomas said it could be because “she and her lawyer think the DOJ is not interested in a serious investigation of the IRS treatment of these tax-exempt groups.”

That would certainly be an easy conclusion for Lerner’s lawyers to reach, given the lackadaisical way the Justice Department has pursued this investigation, and the possible conflict of interest by at least one involved lawyer — Barbara Bosserman, an Obama donor. After nine months of investigation, DOJ has not talked the majority of the groups that said they were victimized by the IRS. And leaks (themselves evidence of government wrongdoing) from “law-enforcement officials” claim that no criminal charges are planned.

If Lerner was interviewed by the FBI agents assigned to this investigation, it is standard procedure that they would have filled out a 302, the FBI form used by an agent to summarize what the witness said. If such a 302 form exists, Lerner also can’t assert the Fifth Amendment with regard to that form. Congress would be entitled to get a copy of this form from the FBI, although Justice probably would refuse to turn it over — claiming a law-enforcement privilege based on a supposedly “active” investigation.

Could Lois Lerner be held in contempt of Congress for reasserting her privilege against self-incrimination under the Fifth Amendment, when she waived the privilege by providing criminal prosecutors with the same information sought by Congress? The answer is most likely yes. And, given that Lerner waived her Fifth Amendment right under applicable case law in the District of Columbia, there is a high probability that a court would enforce the contempt citation against her.

TOPICS: Government; Politics
KEYWORDS: Navigation: use the links below to view more comments.
first 1-20, 21-35 next last 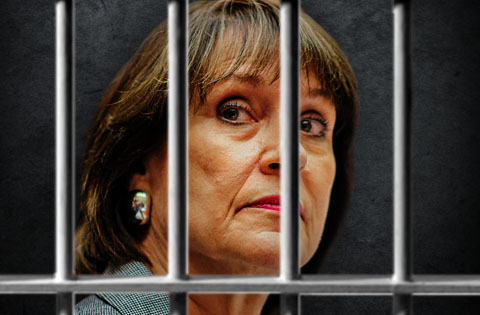 Contempt of Congress...
I’m sure she’ll get over it.

Wait... she already has.

One good L-S-L deserves another!

She belongs in jail.

They won’t hold turkey neck in contempt. The ‘justice’ department would squash it, and there would be a conflict that the Republicans would be afraid of.

Lerner gave the DOJ a debrief on the IRS actions to allow the DOJ to assist in a cover up.

Will Issa do anything with this?? (not holding by breathe).

This is all such a sham. NOBODY has gone to jail from the Obama regime which is wallowing in criminal activity.

7 posted on 03/12/2014 12:32:02 PM PDT by EagleUSA
[ Post Reply | Private Reply | To 1 | View Replies]
To: MrB
Contempt of Congress means ABSOLUTELY NOTHING to Lois Lerner or any of the other Obama acolytes. Contempt is all they have for congress in the first place.

Lois Lerner has been given the promise of a large financial pay off, a lucrative position if she chooses to take it and a Presidential Pardon if convicted of anything - YOU CAN COUNT ON IT!

The totally political government “servant” thinks she can get away with talking to her political allies at the DOJ, but clamming up at the “unfriendly” congressional oversight committee? Hopefully they’ll set her right about this mistaken notion.

While I’m in favor of prosecuting her, I don’t think the DC rule is good.

For one thing, unless a question is asked exactly the same way, it seems that a citizen could fear revealing “further” information.

And for another, if Lerner’s intent is not to testify further. Then why doesn’t Congress just use her testimony to the Dept of Justice. Why does it need her to restate her testimony a second time.

If she perjured herself to the dept of Justice, would subsequently perjuring herself on the same matters to Congress, be “further criminalization”? In which case, I can see why Lerner wouldn’t want to testify again even on the same matters.

If she has contempt for Congress, she’s not alone.

12 posted on 03/12/2014 12:40:20 PM PDT by Jim Noble (When strong, avoid them. Attack their weaknesses. Emerge to their surprise.)
[ Post Reply | Private Reply | To 2 | View Replies]
It looks like the PR consultants have told her the public will be more sympathetic if she looks younger and 'softer' - thus cosmetic work (on taxpayers' tab, no doubt)

They've got the power, they just need to use it. It sure looks to me like they're getting all their ducks in a row.

Lerner’s briefing of DoJ probably consisted of telling DOJ about everything she knows and what everyone else in the Obama administration knows, that she has given the documents proving it to her attorney and others she can trusts so as to insure her safety; so the DOJ better not even think of indicting or prosecuting her.

People don’t understand that an administrative court is openly biased - it openly operates “for the benefit of the State.” THAT is the “legal definition” of “justice,” for real. So when making decisions about what is an “appropriate” ruling, judges consider that bias into their considerations.

What all this means is that the judge gets to decide what the “best interests of the State” are in deterining Lerner’s access to her Fifth Amendment “privilege.”

16 posted on 03/12/2014 12:45:02 PM PDT by Talisker (One who commands, must obey.)
[ Post Reply | Private Reply | To 10 | View Replies]
To: smoothsailing
Rutgers law professor George Thomas III, found it a “little odd” that Taylor allowed his client to talk to Justice without an immunity deal. Thomas said it could be because “she and her lawyer think the DOJ is not interested in a serious investigation of the IRS treatment of these tax-exempt groups.” 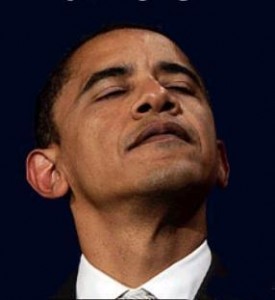 Hans von Spakovsky is a sharp guy, I’m sure he’s sharper than Taylor and Holder.

Lerner should be locked up for contempt soon and see if that would loosen her tongue about this fiasco.

19 posted on 03/12/2014 12:50:49 PM PDT by jazusamo ([Obama] A Truly Great Phony -- Thomas Sowell http://www.freerepublic.com/focus/news/3058949/posts)
[ Post Reply | Private Reply | To 1 | View Replies]
To: SeaHawkFan
I agree. Her meeting with DOJ was to strategize how to make the information go away. DOJ has to know what the goods are, so they can plan an effective strategy to protect Obama.