That’s right: Big Guy has a cold, so we all need to buy aspirin, Kleenex and throat lozenges:

Yesterday Big Guy met with his sycophantic enthusiastic team of sycophants supporters at Organizing For Action (OFA), previously known as Organizing For America (OFA) if you’re keeping track. He thanked them for their excellent effort in getting so many millions of previously covered Americans - who couldn’t keep the insurance they liked after all - signed up for Obamacare by employing such creative tactics as talking to your family over the holiday meal: 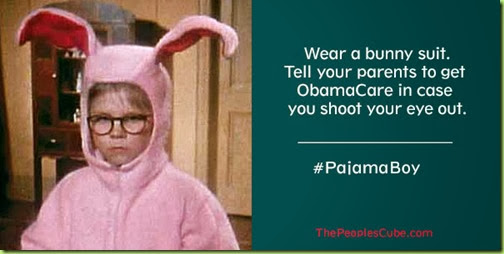 BO told the troops that because of them 4 million* people had signed up for Obamacare. He then blessed them for doing “God’s work” 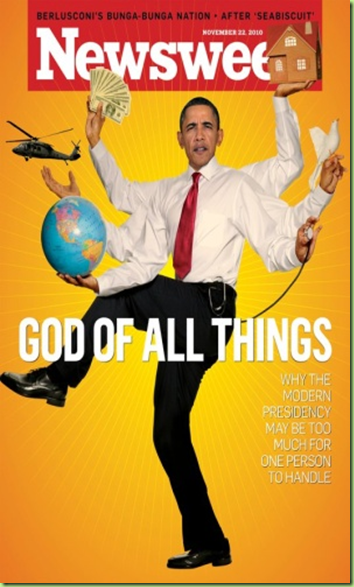 and urged them to continue their good works in order to help him raise the minimum wage as well. Because his work on this earth is not yet done. 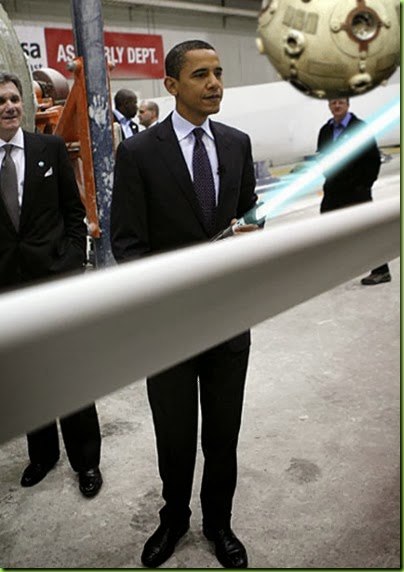 Behold, the light-bringer cometh, and he brings you a higher minimum wage

Meanwhile, Lady M was busy proposing a ban on advertising of junk food in schools. You know, in order to keep America healthy so you won’t ever actually have to use Obamacare.

And since the content of her remarks are not all that interesting, I’ll just show you a full length view of the new sleeveless frock she wore to announce her ban on sodas: 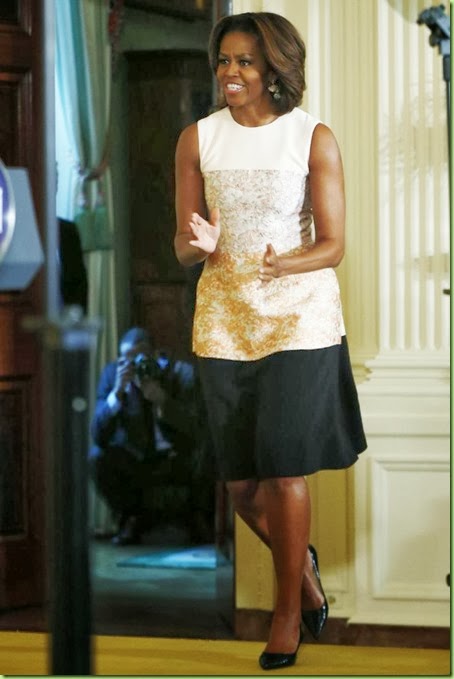 This one is really more of a “smock” than a frock. 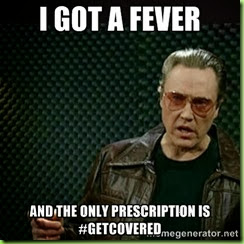 * Actual number after removing those who previously had private insurance they liked butt couldn’t keep, people who were enrolled or re-enrolled in Medicaid or who didn’t actually pay for the coverage they “enrolled in” is estimated to be somewhere between 1 and 50,000. Butt 4 million is close enough for government work.

odd how he handled his nose just prior to the sneeze

Ive HEARD that cocaine users are fascinated with handling thier noses...

All is needed is to open his head and scoop out some sheit he’s over full again.