We went to school the other day to pump kids and their parents to apply for those readily available student loans for college:

Michelle Obama told a group of high school students and parents on Wednesday not to let financial concerns stand in the way of a college education as she urged them to apply for federal student aid.

“Unfortunately, too many students don’t even bother to apply to college because they don’t think they’ll ever be able to afford it,” she added. “So they just walk away from the opportunity without getting any advice or seeking any support.” 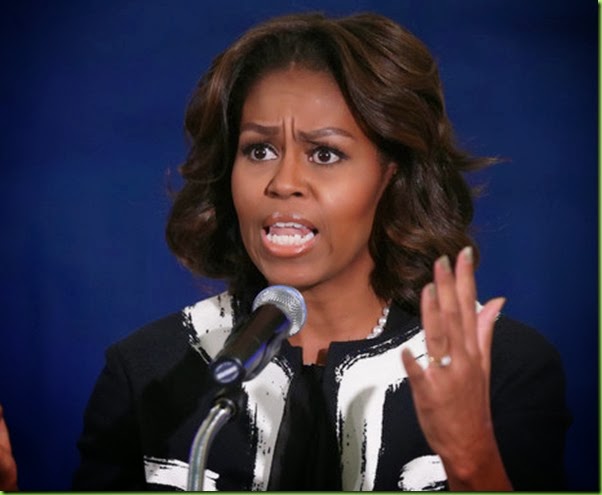 Lady M’s new eyebrows, imploring kids to apply for student loans so they can go to college, so the colleges can keep paying their tenured professors those elitist salaries.

Mrs. Obama, who attended Princeton and Harvard Law School, said she earned financial aid through a work-study program as a student, working in a day care center and an office, among other places.

I heard that she also painted houses during the summers, just like Bill O’Reilly and Big Guy did.

Anything you can do I can do better 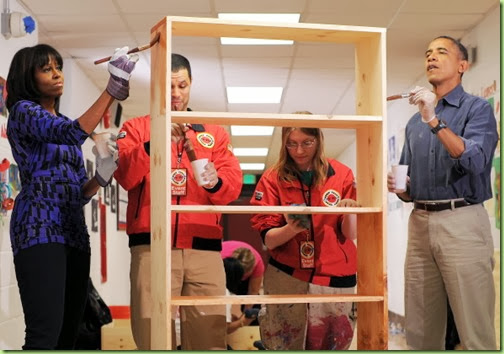 So kids - get those forms filled out before it’s too late! Heaven knows, what we really need to get the economy rolling are more college graduates flipping burgers. No wonder we need to raise the minimum wage: these people have 6 years worth of accumulated student loans to pay back!

And now that Lady M has solved the “financin’” part of getting a college degree, let’s address another concern that may hold some students back: the self-doubt that they’re not really smart enough to go to college. Although this is less of an issue now that we’ve replaced the 3 R’s with the 5 self-esteems, it’s still a concern for some students. Allow me to put that fear to rest once and for all by offering Exhibit A, Sheila Jackson Lee:

(Shelia Jackson Lee) earned a B.A. in political science from Yale University in 1972, followed by a J.D. from the University of Virginia School of Law in 1975. She is a member of Alpha Kappa Alpha sorority.

See kids: even you could represent the citizens of the United States as a post-modern enlightened despotic anti-constitutionalist – if only you get that college degree!

“We will be answering the call of all of America because people need work and we’re not doing right by them by creating work. And I believe this caucus will put us on the right path and we’ll give President Obama a number of executive orders that he can sign with pride and strength.”

As Keith Koffler notes, Sheila – thanks to all that education – has found a way to streamline that whole “constitutional” republic thing:

Legislation doesn’t have to pass Congress anymore! IT JUST NEEDS TO BE APPROVED BY THE FULL EMPLOYMENT CAUCUS AND SENT STRAIGHT TO THE PRESIDENT.

And then we have Exhibit B, Maxine Waters, (BA Sociology, California State University, Los Angeles). Because her degree is in sociology, she’s adopted socialism as her cause de célèbre:

And while Maxine and Sheila both received grants to cover most of their college expenses, let the record reflect that they have both paid us back by dedicating their entire careers to public service. And still, they have somehow managed to end up as socialist millionaires in the process – if that’s not an excellent return on our investment I don’t know what is. And all because they went to college! On your dime! Is America a great country or what?

Butt back to Lady M’s advice to this generation’s college hopefuls: She’s not just encouraging them, she’s almost demanding that they take out loans to support the bloated higher education system:

Gosh, didn’t the Democrats called that sort of thing “predatory lending” when Big Banks did it to encourage people to take out loans on homes that weren’t worth what they were borrowing? And they couldn’t afford to pay back?. 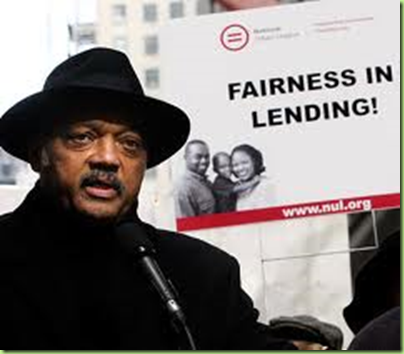 “Fill out those forms, fill them out!” Mrs. Obama exhorted. “Don’t leave money on the table.”

Hold that thought: “Don’t leave money on the table.” I believe it’s the Democrats’ battle cry for the midterms. Republicans better come up with their own call to arms if they hope to combat it.

“ For the preservation and protection of this great Republic, Lord, hear our prayer.” 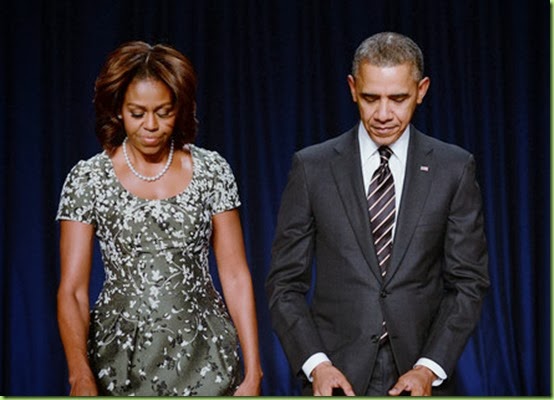 The Obama’s at the National Prayer Breakfast, February 6, 2014

I have lived, Sir, a long time, and the longer I live, the more convincing proofs I see of this truth- that God Governs in the affairs of men. And if a sparrow cannot fall to the ground without his notice, is it probable that an empire can rise without his aid?

We are witnessing the first of many major Public tests of the failed Keynesian Economic Theory, (KET).

The current test will will be very painful and moderately short IF the damn Congressional RINOs do not “rescue” KET, Obamacare, Dodd-Frank, Food Stamps, Student Loans, Unemployment Payments, and Quantitative Easing.

Plus there’s the fact that somebody needs to paint house and be proud that they’re doing it.

3 posted on 02/07/2014 9:30:12 AM PST by cripplecreek (REMEMBER THE RIVER RAISIN!)
[ Post Reply | Private Reply | To 2 | View Replies]
To: NOBO2012
“Unfortunately, too many students don’t even bother to apply to college because they don’t think they’ll ever be able to afford it,” she added. “So they just walk away from the opportunity without getting any advice or seeking any support.”

When someone graduates from high school and cannot fill out a job application, what makes Moochie think they would be ready for four years of college?

Money is the least of their concerns.

If any of these dolts had ever studied economics they would have been schooled in the laws of supply and demand. Once there are very few people painting houses (or fixing things) the cost of those labor services will be much higher. I wouldn't be surprised to see entry level white collar professionals with BA or even MBA making under $60K while painters are doing much better and enjoying lives with less stress.

Dallas billionaire Trammell Crowe was fond of saying: “Work is more fun than fun itself.”

The Democrat’s “Working Families” have always understood that concept, but Liberal/ Socialist Democrat’s never have - - - - .

Hard to find painters in my area that aren't, erm, "native". Lotsa spanish being spoken in that quarter.

Finally found a great guy. Local, good 'ol boy. Did great work for a fair price. Mrs WBill said that he didn't speak 5 words the entire time he was painting....just came in, set up, and started in. :-)

Financial concerns don’t stand in the way of a college education first issue is do you have the brains to even be in college.

9 posted on 02/07/2014 9:48:20 AM PST by Vaduz
[ Post Reply | Private Reply | To 1 | View Replies]
To: Baynative
I wouldn't be surprised to see entry level white collar professionals with BA or even MBA making under $60K while painters are doing much better and enjoying lives with less stress.

We're there already. One of the last places I worked at was hiring newly minted MBAs to work the phones for 10-14 bucks/hour.

VP in charge of the department loved it, said that she was getting great quality work for the same price she was paying a few years ago. And, she could promote from within a whole lot easier, because the internal pool was so much better.

I was considering getting an MBA, that conversation help me decide to skip it. :-)

Getting taxpayer dollars out of the colleges would go a long way toward fixing things. Colleges would be forced to hire effective reality based professors rather than activists. The activism courses and classes would dry up and smart students wouldn’t have to fight their way upstream against an endless flow of idiocy.

The next time the Dems find themselves in real serious electoral trouble, they are going to pull a Student Loan Forgiveness scheme out of their back pockets.

I consider myself a reasonably intelligent person most (but not all) of the time, and while there ARE many things that if I applied myself to them I am sure I could do them, but there are also many other things that I know I do not have a great aptitude for.

I can draw and be creative. But I am not talented or driven enough to to it and make a living at it.

Could I learn to be a plasterer? Sure. If my body could take it, I am sure with a teacher and lots of experience, I’ll bet I could do it.

Could I paint houses? Yes, I have done it. I darn well didn’t enjoy doing it, but I could do it.

Point is, there are people who think that if you can get someone into college, get them a piece of paper which might get them into a job, then they will be all set on the road in life to prosperity.

They look at statistics and say “X% of the people in the top Y% of earners have a college degree.”

To liberal logic, that means the piece of paper is the key to to getting money, not actually doing the job, and especially not doing the job well.

It doesn’t mean there are a lot of people working at non-college degree jobs who could not excel at the jobs a college grad does, because...I know boatloads of them who COULD. Hands down, no question.

And there are gazillions of people who have college degrees that could never, EVER be mechanics. Or plumbers. Or whatever.

But liberals refuse to believe that truth. If (women/blacks/insert minority here) are underrepresented in a field, it because of underlying racism/sexism/insert something here.

I agree however many colleges are lowering the bar for the sake of money and allowing to many low thinkers in I’m amazed at some of the people who obtain a degree and yet they are still clueless.