As soon as Big Guy embraced the racism canard, it began to loose its panache.

The president told Remnick that he believes his job approval ratings are distorted by how Americans respond to race and those who are predisposed to dislike African-Americans are not going to support him or his initiatives.

Aside from professional race hustlers like Van Jones; (“It’s not surprising to me race comes up when you have the first black president, elected so quickly [ed. 50 years?] after the Civil Rights Movement.”) most of the Progs have temporarily routed themselves around the racism car wreck. Others have tried a new tactic: calling people racists for electing a puppet black man. This argument didn’t carry any water when first made in 2008, butt who knows, it might gain more traction now, in the Age of Obama. 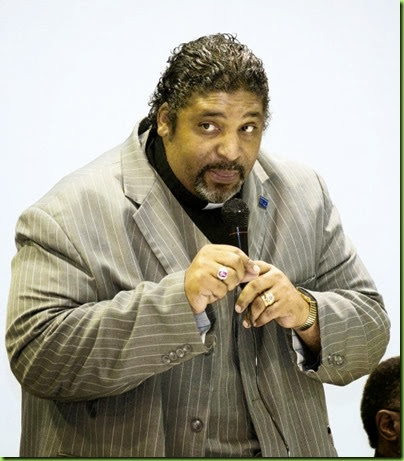 “The extreme right wing down here,” he said, “finds a black guy to be senator and claims he’s the first black senator since Reconstruction and then he goes to Washington, D.C., and articulates the agenda of the Tea Party.”

Maybe the NAACP should change its name to NAACPLM: the National Association for the Advancement of Colored People Like Me.

For his part, Senator Scott tried to discredit his critic by being the bigger man: a typical, insidious, Tea Party teahadist tactic:

“To reflect seriously on the comments a person, a pastor, that is filled with baseless and meaningless rhetoric would be to do a disservice to the very people who have sacrificed so much and paved a way,” Scott told The Daily Caller in an emailed statement. “Instead, I will honor the memory of Dr. King by being proactive in holding the door for others and serving my fellow man. And Rev. Barber will remind me and others of what not to do.”

Anyway, since we’re giving the race card a rest for awhile, this week’s new squirrel is sexism. Specifically, all the “sexist right wing haters” who are hating on Blonde-Catheter-Filibuster-Barbie, aka Wendy Davis. 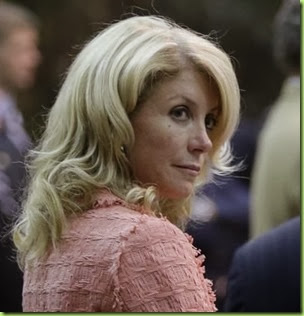 All she did was forget to “tighten up her biography” for crying out loud. Like Big Guy, she told her life story using composite people and composite facts. So alright, a few of her facts were…uh, lies. As we’ve seen before with BO, the story is more important than the veracity of the story, so you don’t see the left wing networks and bloggers jumping all over this phony scandal do you? No you don’t. Ipso faso: RIGHT WING WAR ON WOMEN!

Then, when the poor little woman took to Twitter to defend herself against her big, mean, male, (paraplegic) gubernatorial opponent who she accused of “manufacturing” this outrage:

So, just a reminder: since the race based outrage machine is on sabbatical for awhile, be sure to change out your Race Card for the Sexist Card. 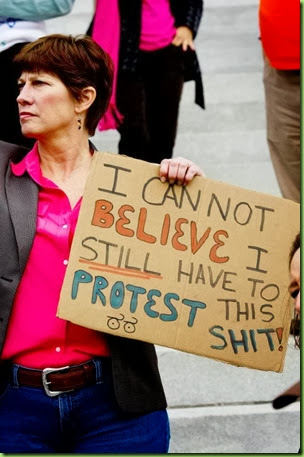 Me neither, honey, me neither.

Same tactic, different special interest group. So get your lady parts ready for outrage: we’re charging into the REPUBLICAN WAR ON WOMEN and we will need every enthusiastic recruit we can round up. 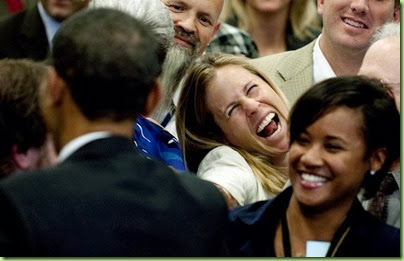 And by the way, making fun of progressive women for the way they look is most certainly sexist. 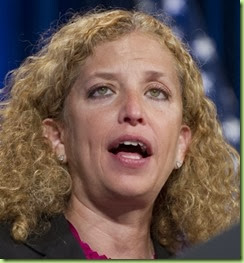 Do NOT refer to Debbie as “Poodle Ears.”

I’m not sure if making fun of what these funny looking progressive women say is sexist as well, butt I’m guessing yes: 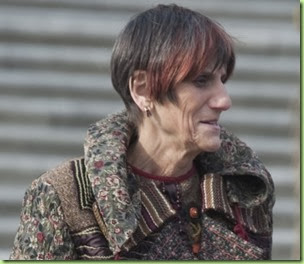 On the House floor last Wednesday DeLauro said, “Every generation of leaders in this institution has faced their own time of testing. Whether it’s an economic panic, Great Depression, slavery, Jim Crow, Civil War, World War, Cold War. There are times when our country is confronted with a crisis that poses an existential threat to our nation and our way of life and Congress needs to stand up and act.”

“The test of our time is inequality,”

Now I’m confused: is our biggest existential threat income inequality or the WAR ON WOMEN? 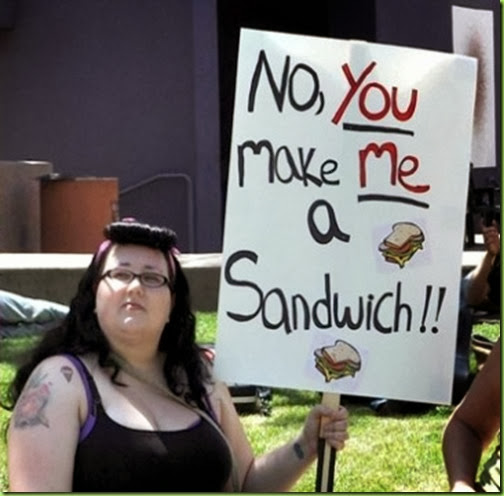 I’m going with “both”

And who keeps bringing it up?

Even Obama last week claimed his low poll numbers were because he is black.

Well, I’m pretty certain he’s not disliked because of the damage he’s doing to the country so it MUST be because we bees racis’. “If you like your energy prices, too bad!”

Too many sandwiches and Big Macs, diet coke of course QUOTE OF THE CENTURY, MAYBE EVEN THE MILLENNIUM

Some people have the vocabulary to sum up things in a way you can understand them, like this quote from the Czech Republic. Someone over there has it figured out - we have a lot of work to do.

“The danger to America is not Barack Obama but a citizenry capable of entrusting a man like him with the Presidency. It will be far easier to limit and undo the follies of an Obama presidency than to restore the necessary common sense and good judgment to a depraved electorate willing to have such a man for their president. The problem is much deeper and far more serious than Mr. Obama, who is a mere symptom of what ails America. Blaming the prince of the fools should not blind anyone to the vast confederacy of fools that made him their prince. The Republic can survive a Barack Obama who is, after all, merely a fool. It is less likely to survive a multitude of fools such as those who made him their president.”

My other personal concern is the evil entities behind the fool.