"I may be the secretary of defense, but I am also an American citizen,
and there is no son-of-a-bitch in the world who can talk to me like that." 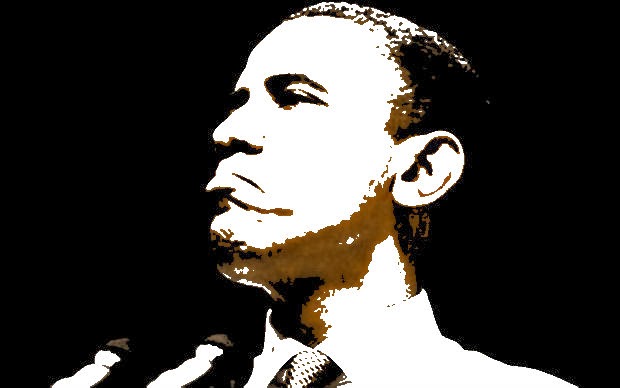 Turns out that (genuinely bipartisan) former Secretary of Defense Robert Gates -the only high level official to stay-on from the Bush to Obama administrations, and who worked in some capacity for every US president since Richard Nixon- 'almost quit' in a 2009 Afghanistan strategy meeting, after being treated like crap by a President who he felt had zero grasp of "the uncertainties and unpredictability of war.' "
This -among other things- was revealed in Gates' new 600-page memoir
'DUTY- Memoirs of a Secretary at War', an advance copy of which has been obtained by the NY Times... this is gonna hurt Hillary and Biden, too-

On Biden:
On Congress:

What a bastard this arrogant twit is. People who voted for him should be deported.

I’m waiting to see what books come out after Obama is out of office ...

My frustration with 2x Obama voters knows no bounds...

Been thinking about that for some time now

I suspect there will be worse, when he eventually leaves, hopefully in 2017.

Tell us something we don’t already know, Gates. Selling a book.

Rush said yesterday that if he does leave in 2017, he intends to live in DC. He is doing that so he can keep his eye on any changes to this system he has installed. I cannot wait, sarcasm, till this POS is on the evening news on NBC everynight with his arrogant voice blasting from the TV and then across all the other channels which will carry his commentary.

O and Hillary came right out and admitted they opposed the Iraq surge in 2007 for political reasons?

Hopefully, this is the first of many books that will reveal the workings of the muslim in the WH.

WHY DIDN'T YOU RESIGN?

I hope Gates is ready, because Obama is about to let loose the dogs of war on him..

Hillary would sell Chelsea into slavery if she thought it would enhance her chances of being nominated for the presidency.

Arrogance and Superbia...wow, that’s almost as good as Cable TV’s “Variety and Choice.”

Just a guess, but Gates didn’t resign because he felt his responsibility to the Country and thought he it best to work from within.
It was a gutsy move to publish this book with O still in office. Leads me to believe that the situation was worse than what he wrote.

100 pages and a box of crayons, suitable for framing.

The next few weeks he will be on the TV shows defending Obama-count on it.

Gates is not one of my heroes. However, if he wants to throw some mud at the Democrats, that’s fine with me. Biden the plagiarist is a “man of integrity”? I guess you’re not a liar if you don’t understand what you are saying. Well, another reason I don’t like Gates.

19 posted on 01/08/2014 4:25:03 AM PST by Rocky (The further a society drifts from the truth, the more it will hate those who speak it. George Orwell)
[ Post Reply | Private Reply | To 1 | View Replies]
To: Reaganite Republican
I also bristled at what's become of congressional hearings, where rude, insulting, belittling, bullying and all too often highly personal attacks on witnesses by members of Congress violated nearly every norm of civil behavior. Members postured and acted as judge, jury and executioner...

God bless this man for speaking out.