There’s been a lot of chatter following Big Guy’s big meeting with the big guys (and “gals” – do I still have to say that, or can we go back to generic inclusion now that the Dems have won the War on Women? Or is it sexist of me to even ask?) from the tech industry. 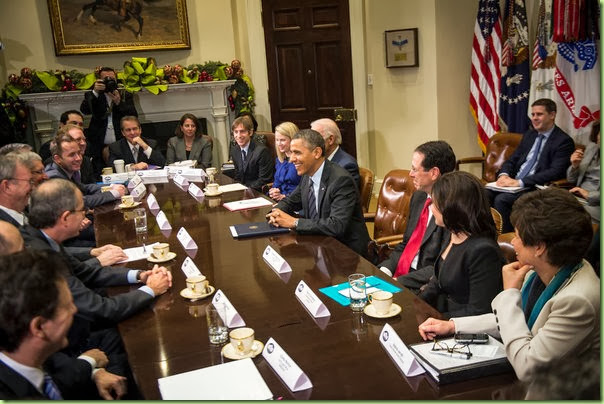 BO, Joe, Val, and a whole bunch of “people” who actually do “write code”

Val-Jar called the meeting to talk about Healthcare.gov, butt the techie CEOs are a pushy bunch: they came to talk about the NSA spying phony scandal.

“That is not going to happen,” said an executive at one of the major tech companies represented at the meeting. “We are there to talk about the NSA,”

Boy, talk about a bunch of grinches.

Senior executives from the companies whose bosses were present at the meeting said they were determined to keep the discussion focused on the NSA, despite the White House declaring in advance that it would focus on ways of improving the functionality of the troubled health insurance website, healthcare.gov, among other matters.

Unlike some people around here these tech-execs don’t let the junior staff around here call the shots. If you know what I mean, and I think you do. 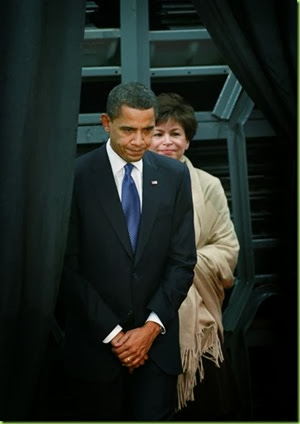 Anyway, Big Guy did announce that he recently hired Kurt DelBene to head up his newly configured Healthcare.gov A-team. Kurt was a high level exec at Microsoft until Monday, and his wife Suzane was just elected to Congress last year - as a Democrat!  So that works out well; they can both live in Washington D.C. now and get regular invitations to Big White events.

I know some people are still wondering why Barry didn’t assign his A-team to Obamacare right from the start, butt the answer to that is easy: hello! We had an election going on around the same time. So the A-team was assigned to the more critical task of convincing everyone that Obamacare (a term we were fond of at the time) was the best thing since FDR invented Social Security, and that you would love it too if you just reelected its namesake (Obamacare, not Social Security). Oh, and did I mention that, during the campaign, if you like your plan, you can keep your plan. Period. 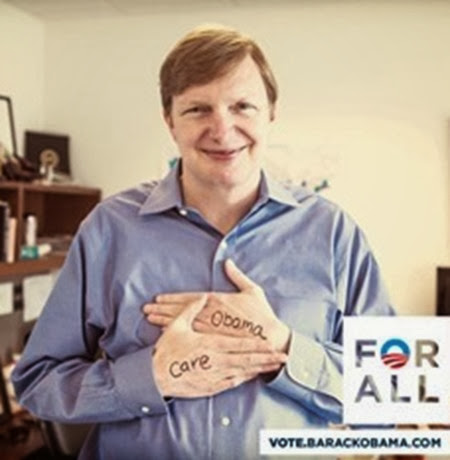 He may not look like an A-lister, butt he is one of ours!

So we ended up with the best interactive identification and solicitation campaign system that money could buy. It was designed with state-of-the-art NSA private sector data mining technology to spy glean harvest obtain meta-data from your personal emails, contacts and internet transactions in order to convert it to micro-data that could then be used to harass  solicit your help to reelect the President. It was the best campaign machine ever designed in the entire history of the world!  Unfortunately, that left our B,C and D team to build Healthcare.gov.

So hopefully that explains why you received 12 solicitations to donate $5 or more to win a chance to win a dinner date with Big Guy, 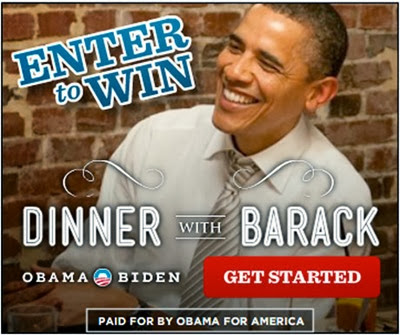 butt you can’t enter your name on Healthcare.gov.

I think you’ll appreciated the dilemma, it was an issue of first getting reelected in order to pursue all our good works on behalf of the fundamental transformation of Amerika. As you well know, you’ve got to break a few eggs to make an omelet. So while there may be a few little lingering issues with our Healthcare.gov system, the choice between reelection and functioning Obamacare site was a no-brainer. Especially since if you like your insurance, you can keep it. Period.

And see? It all worked out, here we are: reelected, through our A-team’s efforts to design the most high-tech voter mobilization system in the history of the world. 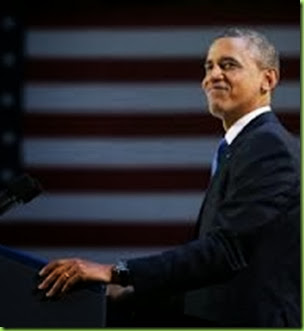 And here we are, working through the glitches of Healthcare.gov with the help of our techie friends. After Big Guy and Val-Jar’s two and a half hour meeting listening to Big Technology express their displeasure with their role in the NSA spying phony scandal, the tech giants agreed to help Barry upgrade some of the technology currently designed into his system. I’m not saying that Obamacare isn’t state-of-the-art, I’m just saying a little technology might be able to address some of the complaints we’ve been getting about the last century requirements that seem to be built into the system. Next to “not being able to log in,” these are the top complaints about the hi-tech healthcare system: This should get us up to 2000 technology levels: good enough for government work

Although they actually suggested skipping the workarounds and just start over from scratch as the Healthcare.gov team doesn’t seem to know much about making omelets. 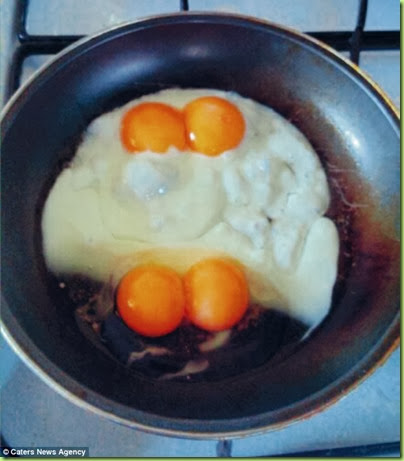 Butt we’ve already spend nearly $900 million on the current Healthcare.gov site, and you know how fond we are of throwing good money after bad around here.

Today’s post brought to you by the Humpty Dumpty Egg Company, proud sponsor of the Obama “words matter” campaign: This was just a 15 minute photo op.