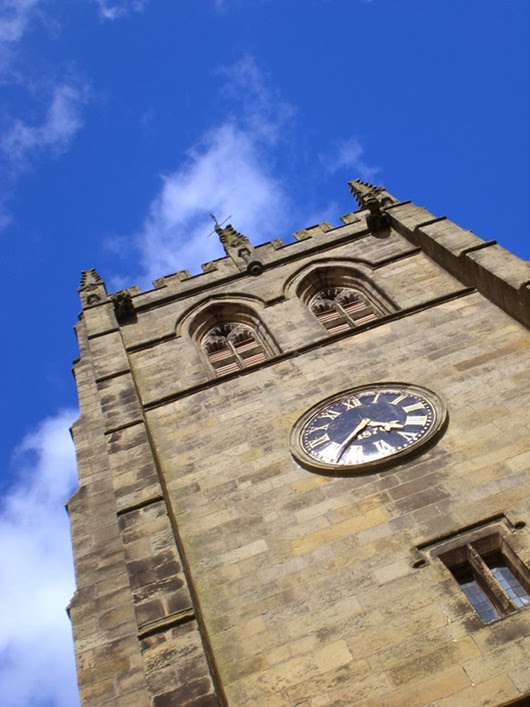 This article is the first part of a reply to the comments on my speech What is Uniquely Good about Western Civilisation Derives from Christianity. Most of them have been positive, in agreement with what I said.

This is something we should take more notice of. Militant atheists and anti-Christian people are very vocal, but they only represent a minority of ordinary people's views.

Very few persons have disagreed with my speech. One commenter, though, has sent me observations that, as well as highly critical of the position I take there - even to the point of suggesting that my party Liberty GB, which upholds Christian values and principles, would lose supporters because of this stance -, are detailed enough to warrant a complex answer in more than one part. Here is the first. I’ll call the commenter by his Christian name, Tony.

Some of Tony’s comments remind me of a trial in which, reversing the traditional legal procedure, the defendant is a priori considered guilty until proven innocent, and what is applied to him is a strange, contradictory criterion according to which everything that stands in his favour is discounted as pure chance while whatever stands against him is taken as undisputed evidence of his evil nature.

This is an example of the former:

I agree with you that many wonderful things have come from people professing to be Christians. Public schools and hospitals in Britain are one example. However there is no reason to believe these would not have come about without religion.

In other words, that people professing to be Christian and acting according to the teachings of Jesus and to Christian beliefs and morals created something good is not due to Christianity.

And, immediately after the above, comes an instance of the latter:

The societal benefits that you describe as coming from Christianity came after the Reformation, when the power and influence of Christianity was greatly reduced, and the Church was put in its place. Prior to the Reformation, society was undermined by superstition, religious persecution and backwardness, there was very little in the way of social or scientific development for hundreds of years, which is why it's called The Dark Ages.

Such a position of total enmity and hatred (for once this overused term is justified) for Christianity, which only a few decades ago would have been considered not only offensive but, even more importantly, as absurd as coming from another planet – maybe the planet of Islam -, is perfectly understandable today.

We have to realise that the Left, with its typically 20th century’s creation of Cultural Marxism, has been in power in all Western countries since the end of the Second World War, both when it has been and when it hasn’t been in government.

The power of the Left is ideological, is its grip on every means of spreading ideas and indoctrinating people, in short is cultural. Every other political force now has to confront the theories of the Left which, in the views of the majority, stand on the moral and political high ground – although this can easily be shown as a myth. That communists killed around a hundred million people should act as a simple inspiration for doubting that myth, but apparently communism has remained largely unscathed in Western minds, weirdly disconnected from its effects.

I wonder why. Possibly for the same reason as Christianity is so wildly vilified? Because of socio-communist propaganda dominating schools, universities, media, entertainment?

Hate for Christianity has been mirroring and running parallel to hate for the West, and has led to the historical revisionism, misinformation, ignorance, distortions and propaganda that neo-Marxism has successfully spread in the last 50-60 years. This will be treated in the second part of my article, which will deal with slavery, a classic case of falsification of history and doctrine that has created the myths of the evils of both Christianity and the West.

I know about it beacuse I was a victim of this indoctrination too, and years ago I may have agreed with what Tony writes.

That loathing of Christianity is real can be seen from this comment to my post "From Atheist to Agnostic":

My family is quite devout (or as devout as the CoE permits), and I was bullied a bit for it in school.

To associate Liberty GB with Christianity will alienate a lot of people (myself included). You might also be linked in peoples' minds (and then dismissed) to the Christian fundamentalist movement / religion Right in the USA. This would bring a lot of negative baggage.

That every time someone defends Christianity he (in this case, she) risks being classified as a fundamentalist is very similar to the risk that an individual opposed to uncontrolled immigration to the West or aware of the dangers of Islam will be called racist or Islamophobic.

Both these types of accusations derive from a similar kind of profound misunderstanding.

And also, as American scholar of Islamic culture Raymond Ibrahim wrote in a personal note to me:

[W]hatever the shortcomings of the Christian right in America, vis-a-vis Europe, they certainly have a better approach to Islam, whereas secular-centered Europe is exactly where it is, and going to get worse, because they reject the idea of any connection to Christianity.

Christianity, as with all religions, has two aspects, the spiritual (personal) and the cultural (societal): in our context, one need not discuss or even promote the former, but rather it is the latter that needs to make a comeback - the legacy, heritage, etc., that the West can rally behind, give it a core, a sense of collective identity, and of course a moral grounding.

You can find this position represented in a comment to my speech from another person:

I am an Atheist but I believe that a free , strong , democratic society can only exist in the West by following Christian ethics or as in Israel , Jewish ethics ( after all Israel is the only democratic country in the middle east .)

And this is the point: how is it that people who extoll so much the importance of science, as atheists generally do, take so little notice of empirical evidence, which is a foundational element of the scientific method?

If all religions were the same, and in particular if they were equally bad, how is it that they have produced cultures so far apart from each other, with profoundly, extremely different outcomes for the well-being of the corresponding populations? Correlation is not causation, granted, but what broadly divides the West from the Islamic world, and both from the rest, is indeed religion, with all the ideas that it generates.

Only the West, which has always been Christian, has reached peak achievements in all human fields, bringing with it countries that understood its success and imitated it. Those who deny the importance of Christianity should provide an explanation for this phenomenon.

Christ said the world would hate those who followed him.
Those who are surprised when it does don’t spend even superficial time in scripture.

Christianity is the reason for our progress.

Justice Joseph Story 1833 Commentaries on the Constitution of the United States of America —and in the textbook he prepared from the larger Commentaries titled A Familiar Exposition of the Constitution of the United States (Regnery Gateway 1997 edition from the 1859 original)p.316 Section 444 “the general if not universal sentiment in America when the Constitution (and Bill of Rights) was adopted was that Christianity should receive encouragement from the State....an attempt to level all religion or to make it a matter of policy to hold all in utter indifference would have created universal disapprobation —if not universal indignation. ‘Now it seems to me the Noisome support by the Media and our Government for groups like the ACLU and or the FFRF is that the soviet communist long held the one obstacle keeping them from seizing America was our Christian faith. And our Second Amendment. Now we have a President and a political Party governed by the Soviet Communist vision.What shouldn’t have to be equated —ie support for Christianity to-— is necessary to fundamentally change america.