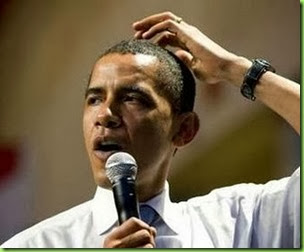 PRESIDENT OBAMA: Now, some of these ideas I’ve laid out before. Some of them I’m just going ahead and doing on my own. Some of them do require Congress to do something. And one way we can start is by Congress passing a budget that reflects our need to invest in our young people. I know the budgets aren’t the most interesting topic for a Friday afternoon, even in a school where young people like math. And, by the way, I just sat in on a lesson called Real World Math, which got me thinking whether it’s too late to send Congress here, for a remedial course.

Although he is always the smartest man in the room,

The competition isn’t what it used to be

even Bo will admit that math is not his strong suit. Butt he’s so smart, he doesn’t even need math to noodle through problems. 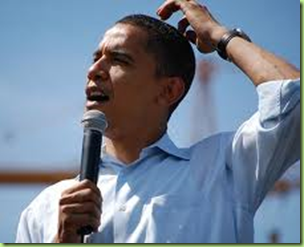 Just yesterday he told the kids that, while he liked math, he found it “frustrating:” 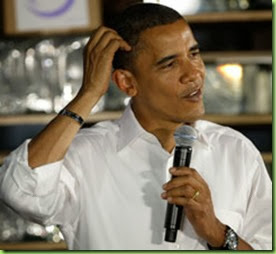 It is frustrating when you never come up with the number you want.

JAY LENO: When you help your daughters with their homework, is there a subject you struggle with?

PRESIDENT OBAMA: Well, the math stuff I was fine with up until 7th grade. But Malia is now a freshman in High School and I'm pretty lost. It's tough.

Well, seriously, who can’t identify with that? Math does get progressively harder, and by the time you hit 7th grade practically everyone has trouble with math, even future Ivy League graduates. Right, Barbie? Unlike Barry though, Barbie is no longer free to express her true sentiments on that subject. “Teen Talk Barbie” was silenced after the American Association of University Women banned the doll from uttering the phrase “math class is tough” after they declared it part of the Republicans’ War on Women. 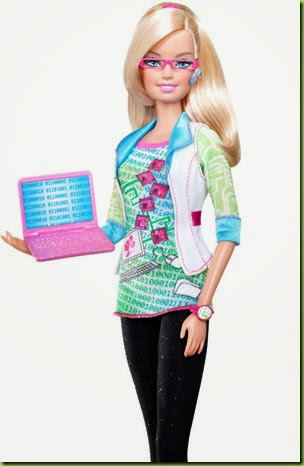 Know what else is tough? Web designing. That’s right; I said it.

Or a girly President who was “fine” with math stuff “up until about 7th grade” who’s racked up a 17 trillion dollar debt while running the world’s largest economy – without benefit of a budget or a net. And who doesn’t think that raising the debt ceiling will raise the debt, butt can’t explain why, then, we need to raise it in order to avoid defaulting on our existing debt. 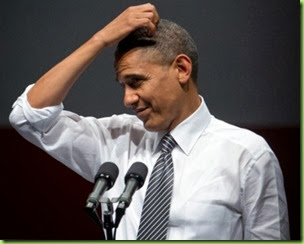 OK, I get it: raising our debt is irresponsible and unpatriotic; raising the debt ceiling isn’t.

Yep, math is hard. Maybe Big Guy should attend that remedial math class along with Congress. 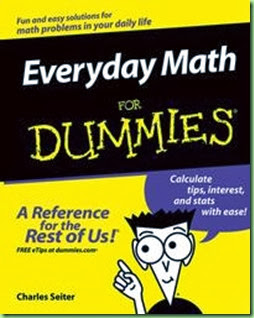 Or maybe we should just hire a new math consultant:

the answer is 57 states

Every politician should be asked to explain the difference between million, billion and trillion. If they cannot they should be eliminated from any further consideration. We ought to expect our politicians to at least be able to read and to be numerate at the fifth grade level.

The answers are 4 and Zero

The question is: How many US citizens were killed at Benghazi and how many of the killers have been brought to justice?

I never heard that clip. Obama says he’s stumped by 9th grade math. That would either be elementary algebra or elements of geometry.

It’s on the record: Obama admits he is a moron in math. Of course, he was probably lying about helping his kids with the math homework. He was just trying to connect with his base, which is certainly math-challenged.

Stupid islamist. Or is that a double entendre?

"Teen Talk Barbie" was silenced after the American Association of University Women banned the doll from uttering the phrase "math class is tough" after they declared it part of the Republicans' War on Women.

8 posted on 10/26/2013 12:09:00 PM PDT by SunkenCiv (http://www.freerepublic.com/~mestamachine/)
[ Post Reply | Private Reply | View Replies]
To: Skepolitic
How does someone who has trouble with Algebra 1 and Geometry get into Columbia and Harvard Law? I'd love to see his SAT scores.

Inability to do Algebra 1 and mediocre Geometry I'd say indicates an IQ under 110 or a seriously fried brain.

When the Nat'lCoun of Math Teachers condemned Barbie saying that, I wrote a really unkind editorial for their journal, saying they had it all wrong. OF COURSE Barbie should be taking tough Math classes. Isn't Ken expected to?

I got nothing but praise and agreement for that editorial. It was nice to know that no one was agreeing with that idiotic proclamation of theirs. Would you believe I had to pull strings to even get the editorial published?

This is what we have as a president