I don’t know why, butt I’ve found myself thinking a lot about Barry lately -- no not this Barry… 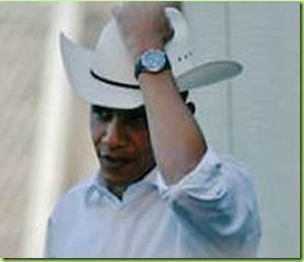 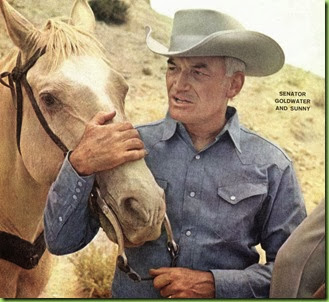 “I have little interest in streamlining government or in making it more efficient, for I mean to reduce its size. I do not undertake to promote welfare, for I propose to extend freedom. My aim is not to pass laws, but to repeal them. It is not to inaugurate new programs, but to cancel old ones that do violence to the Constitution, or that have failed their purpose, or that impose on the people an unwarranted financial burden. I will not attempt to discover whether legislation is "needed" before I have first determined whether it is constitutionally permissible. And if I should later be attacked for neglecting my constituents' "interests," I shall reply that I was informed that their main interest is liberty and that in that cause I am doing the very best I can.”  -- Barry Goldwater

I don’t know why I’ve been so preoccupied with a politician who’s been dead for over 15 years; maybe it was this guy from the west 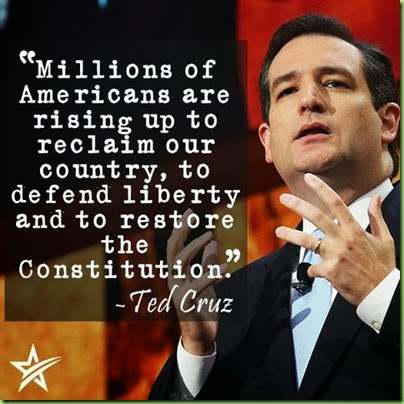 that reminded me of this guy from the west. 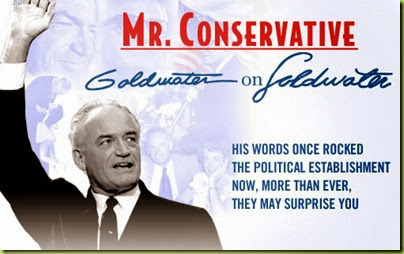 So I decided to search my hard drive for some old Barry Goldwater quotes, to re-examine his words for championing the conservative cause to see if they still “resonate” at all in the 21st century. Because back in the 60’s – if you’re old enough to recall – everyone said he was nuts. 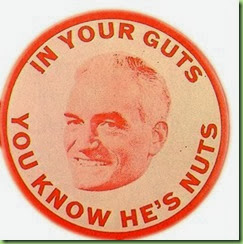 “‎"I feel certain that Conservatism is through unless Conservatives can demonstrate and communicate the difference between being concerned with [the unemployed, the sick without medical care, human welfare, etc.] and believing that the federal government is the proper agent for their solution.”


― Barry M. Goldwater, The Conscience of a Conservative

Wow! That comment certainly resonates now more than ever! Maybe we’re onto something. So to further refresh my memory module I accessed Senator Goldwater’s WaPo obituary to see what they had to say about him. It was very educational.

After the election, most analysts and commentators concluded that the Republican Party was hopelessly divided, and that Mr. Goldwater and his conservative philosophy were all but politically dead. 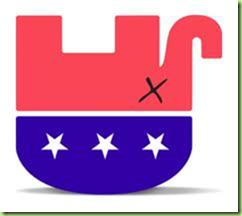 In fact, he had wrested control of the GOP from the Eastern liberal wing that had dominated it for years. By 1980, he was acknowledged as the founder of a conservative movement that had become a vital element in mainstream Republican thinking and a major ingredient in Reagan's political ascendancy.

During his 1964 presidential campaign, Mr. Goldwater was attacked by Democrats and opponents within his own party as a demagogue and a leader of right-wing extremists and racists who was likely to lead the United States into nuclear war, eliminate civil rights progress and destroy such social welfare programs as Social Security.

That sounds just like the Tea Party! “They want to put you back in chains!” 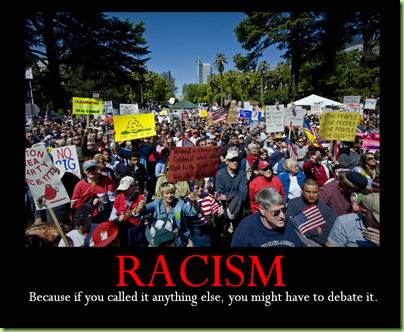 Long before his retirement, he had come to be regarded as the Grand Old Man of the Republican Party and one of the nation's most respected exponents of conservatism, which he sometimes defined as holding on to that which was tested and true and opposing change simply for the sake of change.

Well,sometimes you have to go along to get along, right? 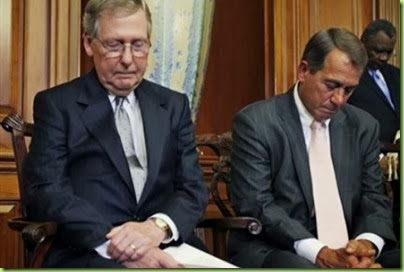 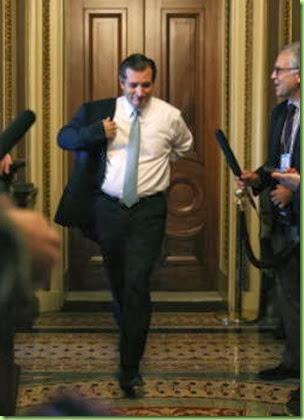 The bluntness and candor that had so often damaged Mr. Goldwater's presidential campaign a decade earlier and his outspoken and harsh criticism of Nixon's failure to deal with the growing Watergate scandal were among the vital ingredients of his political renaissance.

Well, we still don’t really like bluntness, candor and harsh criticism. Butt for a while there in the 80’s we were willing to at least tolerate it. 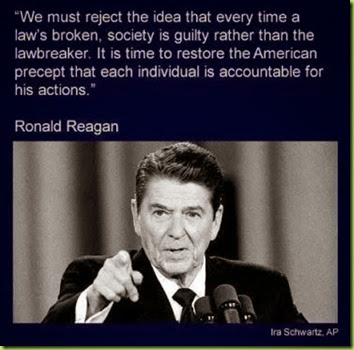 A quintessential westerner and a man of great personal charm…He championed a brand of rugged individualism, and he never hesitated to speak his mind.

That reminds me of someone else too, let’s see who was it? Oh yeah… 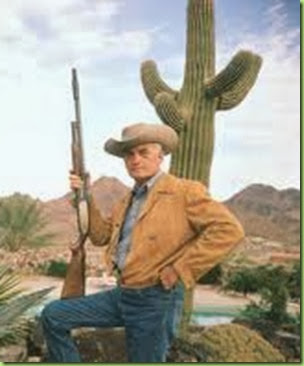 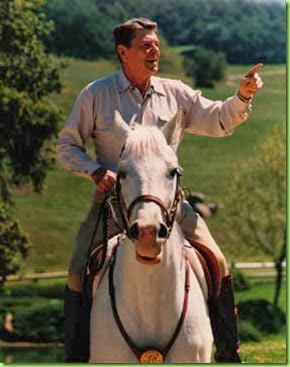 When members of his own party advocated policies that he considered too much like those of the Democrats, he ridiculed them for "me-tooism." 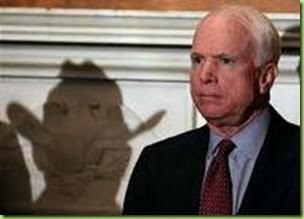 Watch it “Me-too-McCain” – you might get crosswise with the shadow.

That convention, at the Cow Palace in San Francisco…was also remembered for Mr. Goldwater's own acceptance speech, in which he declared that "extremism in the defense of liberty is no vice and . . . moderation in the pursuit of justice is no virtue."

Now modern, progressive people think that extremism in the defense of “justice” is no vice; 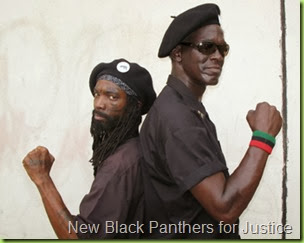 and moderation in the pursuit of vice is no virtue. 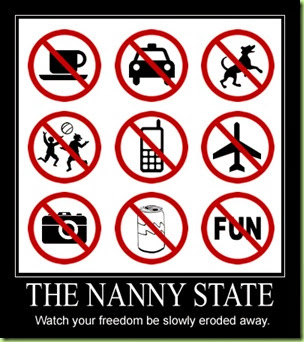 So I’d have to say that one doesn’t hold up so well. If you’re a modern progressive.

Once in the Senate, Mr. Goldwater argued strenuously in favor of cutting back the power and spending of the federal government. He was against any kind of accommodation with the communist world and against what he perceived to be an increasing concentration of power in organized labor. He denounced foreign aid, high taxes, unbalanced budgets and anything else he thought threatened individuals or free enterprise. "I found myself becoming a political fulcrum of the vast and growing tide of American disenchantment with the public policies of liberalism," he said in 1970.

We could probably use a new “fulcrum” like that about now. 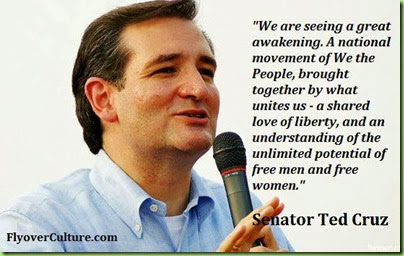 As a presidential candidate, Mr. Goldwater attacked what he described as a "corrupt, power-mad administration which has failed to provide moral leadership or control crime and disorder." He called Lyndon Johnson "the phoniest individual that ever came around." 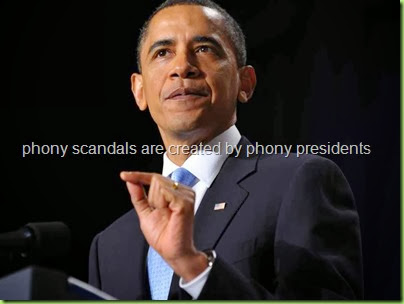 Johnson, in turn, called Mr. Goldwater "a raving, ranting demagogue . . . who wants to tear down society," and he made effective use of the charges already made against Mr. Goldwater by his opponents for the Republican nomination. 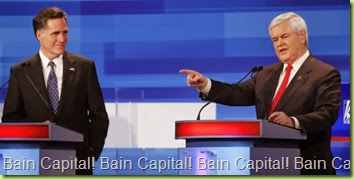 In 1980, after The Washington Post and the New York Times published stories about secret U.S. arms shipments to anti-communist rebels in Afghanistan, he urged that journalists who publish sensitive national security information be tried for treason.

I guess there really isn’t anything new under the sun. Mr. Goldwater's political philosophy also included a strong military posture, a deep mistrust of the Soviet Union and a conviction that increasing the scope of government programs was not the way to solve social problems.

Gee, now that really does sound familiar; where have I heard that before? Oh yes…

Gosh! That Barry Goldwater; he must have been prescient or something. Or maybe just a good history student.

“We have taken the bait, preferring to put off to another day the recapture of freedom and the restoration of our constitutional system. We have gone the way of many a democratic society that has lost its freedom by persuading itself that if 'the people' rule, all is well.”

That certainly doesn’t sound good. Nor does this:

“Now those who seek absolute power, even though they seek it to do what they regard as good, are simply demanding the right to enforce their own version of heaven on earth, and let me remind you they are the very ones who always create the most hellish tyranny.” 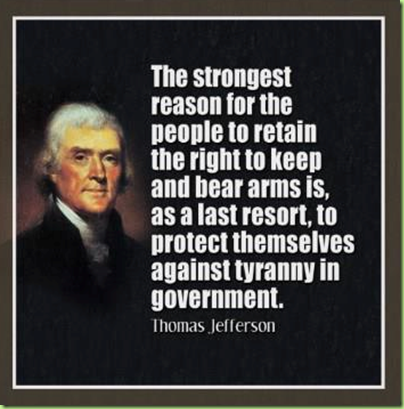 What part of “tyranny” do you not get? 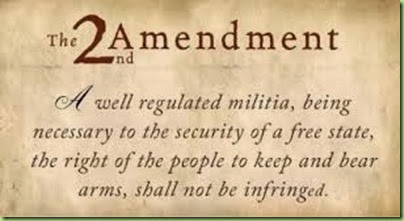 Well, that’s all for this “Goldwater (AuH2O) Monday.”  Maybe we’ll do it again next week. Until then, stay locked and loaded, my friend. 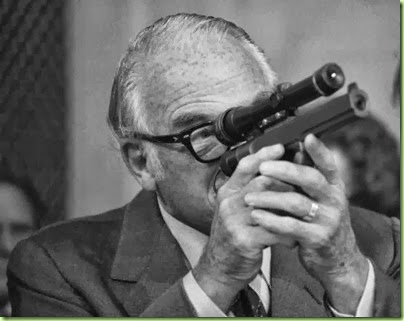 The dear man that raised me, and helped to form the man I have become, always told me that voting for Barry Goldwater was the only presidential election in which he didn’t have to hold his nose before pulling the lever.

I do miss Barry Goldwater. I like to say, “we need more Barry, Goldwater, not Obama.” B-)

My first venture into politics as a teenager was through YAF during the Goldwater campaign. What an interesting fellow he was even outside of political life.

Just a reminder: Toward the end of his life, Goldwater did a Lee Atwater and recanted any belief in Conservative principles.

6 posted on 09/30/2013 9:59:05 AM PDT by matginzac
[ Post Reply | Private Reply | To 1 | View Replies]
To: matginzac
Just a reminder: Toward the end of his life, Goldwater did a Lee Atwater and recanted any belief in Conservative principles.

Do you have a source that includes Goldwater?

I know one thing. He was dead on about the incarnation of the civil rights act as passed.

It had no place in the private sector and the various groups claiming discrimination has grown every single year since.

Give people a reason to believe they’ve been shafted and they’ll take it.

The ‘64 model year Goldwater was not the ‘84 model Goldwater, turning mushy as he concluded his Senate service, IMO.

Meh, you can google it...
I remember when he was sliding out of life, he qualified his stance and the media was beside it’s self with glee as they were when Atwater expressed “regret” at his successful tactics used for Republicans just before he died.
Just based on my memory....