I’m sure you remember back in 2009 when the BO was still shopping for a shelter dog in order to make good on his promise to get the Wee Wons a puppy if he WON. 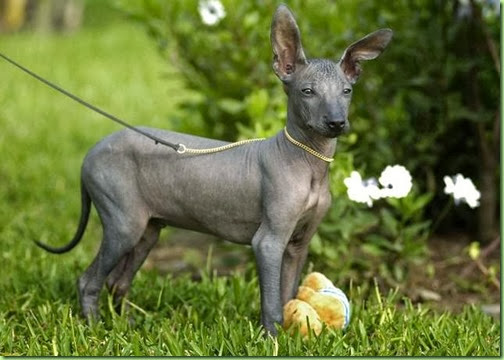 How about this dog?

This is a four-month-old puppy called "Machu Picchu." The owners of the animal, a Peruvian Hairless Dog, have offered it to U.S. President-elect Barack Obama. Obama has promised his daughters a new pet for the White House but one of them is allergic to most breeds. The owners of the Peruvian Hairless Dog say it is perfect for kids who are sensitive to dogs. What do you think the answer should be?

Butt since the Wons rejected their kind offer, I guess they gave little “Machu Picchu” to Vladimir Putin instead (h/t Gerard) who immediately changed his name to двойник (Dvoynik) which I think translates roughly to “Doppelganger.”

Dvoynik is on the right

Anyway, we did set out to locate a shelter dog that looked like BO. There were a lot of submissions, butt most didn’t make the cut. For example, this one was too white: 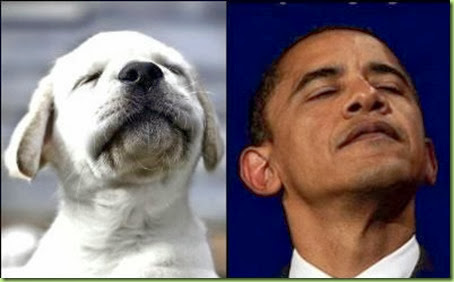 And this one was too black: 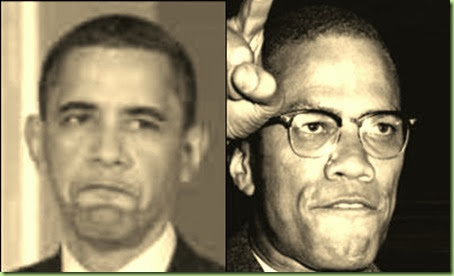 This one’s ears were too big (you know how sensitive we are about our ears):

This one was too mean: 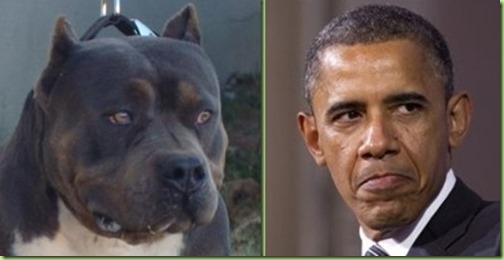 And this one too somber and Churchillian (and, again, with the ears):

So, unable to locate the perfect shelter dog mini-me, we went with Teddy’s cute, cuddly pedigree who came to us totally unencumbered, completely free of charge, and with absolutely no strings attached. In other words, he had nothing in common with Big Guy except for being black and white. 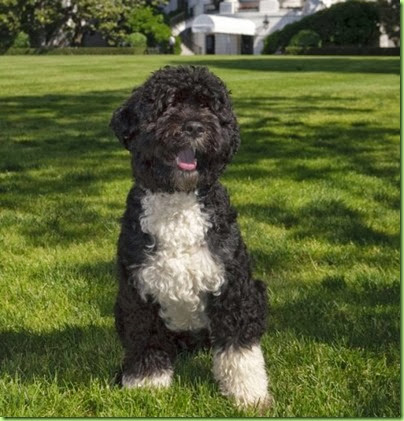 Butt in the end, we decided that color trumps everything. Everyone around here loves Little Bo, especially the guys we hired to feed, walk, groom and play with him. And while Big BO likes having photo ops done with his “best friend” the truth is he hasn’t really bonded that well with Little Bo. He’s a little too playful for Big Guy, who is serious much of the time; when he’s not golfing, drinking, shooting baskets or hanging with the glitterati.

Big Guy fancies himself as something a bit feistier, perhaps more of a mad puppy:

“I don’t mind them disagreeing with me. They don’t like the Affordable Care Act,” he said, “but you don’t have to threaten to blow the whole thing up just because you don’t get your way.” 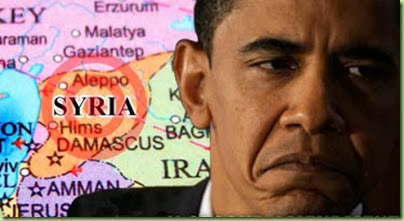 “How dare he taunt me with his chemical weapons: Bombs away, boys!” 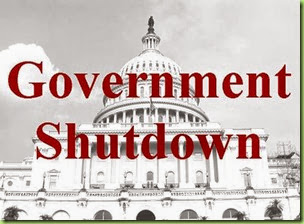 “How dare they taunt me by refusing to raise the debt ceiling, I’ll shut down the entire government”

I think Little Bo is sticking around, mostly to placate his handlers, who love him, butt I’ve heard we’ve finally located the perfect canine companion for Big Guy, after years of searching. In fact, you might say that if BO were a dog, he’d look just like his new companion, “Trayvon.” 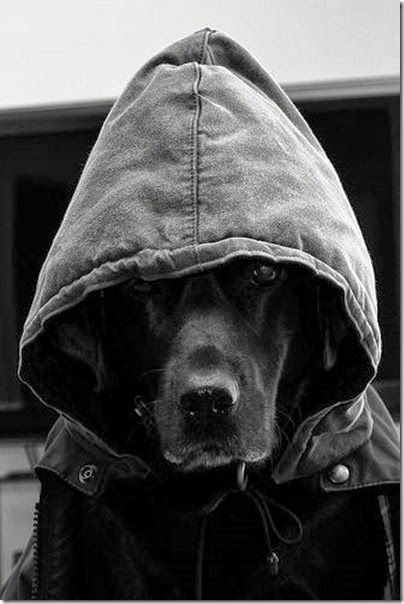 Did you not hear me Barry? I said “heel” 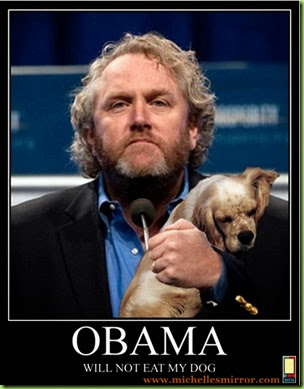 LOL! That’s funny. Thanks for the chuckle.

Well that last one tasted so good.

You turn into one if you diss the koran!

Doggie Doppelganger — is that a German recipe? Probably good with spaetzle and some kraut.

6 posted on 09/21/2013 11:09:48 AM PDT by Southside_Chicago_Republican (If liberty means anything at all, it means the right to tell people what they do not want to hear.)
[ Post Reply | Private Reply | To 1 | View Replies]
To: AnAmericanMother; Titan Magroyne; Badeye; SandRat; arbooz; potlatch; afraidfortherepublic; ...
WOOOF!

People like Zero should never have animals of any kind.

and a serving of Schauzer-Schnitzle.