We haven’t celebrated Irony Wednesday for a long time, and it’s way overdue. So let’s recap the basics: it’s a salute to the week’s best use of irony and it’s frequent companion, incongruity, in an educational way. As such, we’ll start with our basic definitions:

the expression of one's meaning by using language that normally signifies the opposite, typically for humorous or emphatic effect. A rhetorical device, literary technique, or event characterized by an incongruity, or contrast, between what might be expected and what actually occurs. 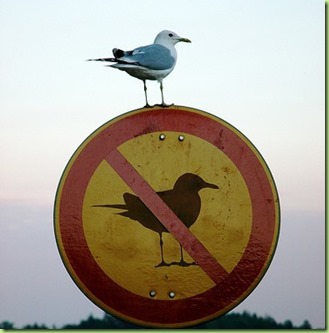 not in harmony or keeping with the surroundings or other aspects of something. 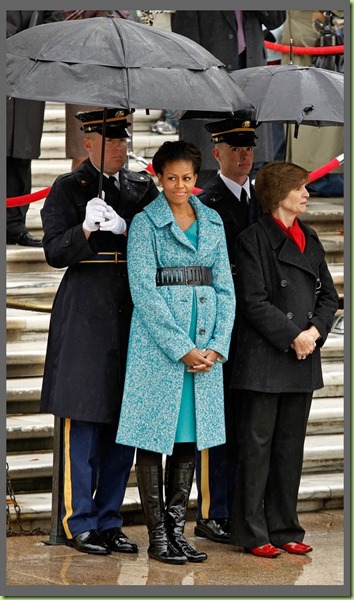 Veterans Day 2009, One Thing is Not Like the Others

Now, on to this week’s winners:

Yesterday, as you know, was Constitution Day. In honor of the event – also known as the “Charter of Negative Liberties” Day - Big Guy had Jay-Jay announce his plans for further circumventing the Constitution by creating more negative liberties. He announced that BO, in an attempt to convert the 2nd Amendment right to bear arms to a more nuanced negative liberty of NOT having that right, intends to sign more Executive Orders to get around the do-nothing Republican Congress.

In the wake of the shooting at the Navy Yard, Obama spokesman Jay Carney said the president is implementing executive actions and reiterated his commitment to strengthening gun laws, including expanding background checks to sales online and at gun shows.

“The president supports, as do an overwhelming majority of Americans, common-sense measures to reduce gun violence,” Carney said. 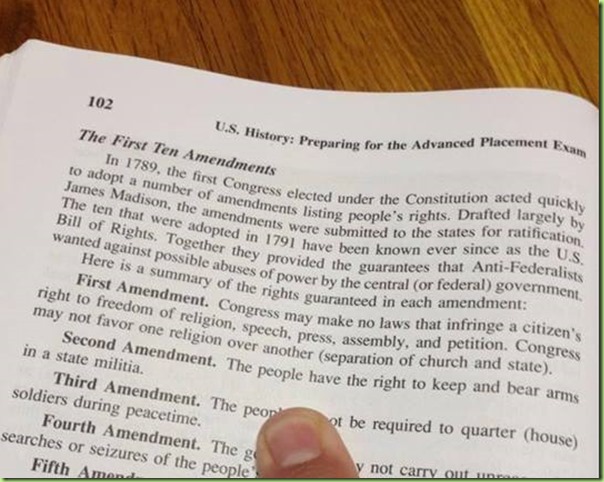 The authors of United States History: Preparing for the Advanced Placement Examination have taken it upon themselves to change the Constitution of the United States. The high school textbook contains a summary of each Amendment that alters the initial intent in which they were created.

I don’t know why people are so upset: as we learned yesterday, words don’t really mean what you think they do anymore anyway. So the textbook authors simply interpreted and added a helpful editorial comment where necessary in order to clarify what they felt the founders intended. Take their revision to the 1st Amendment for example:

“Congress shall make no laws that infringe a citizens right to freedom of religion, speech, press, assembly and petition. Congress may not favor one religion over another (separation of church and state).

Helpful, because not everybody knows that “make no law respecting an establishment of religion; or prohibiting the free exercise thereof” is the same thing as requiring a “separation of church and state.”

Plus, a lot of people already think that the term “separation of church and state” is contained somewhere in the “Charter of Negative Liberties,” so why not just go ahead and put it in there? 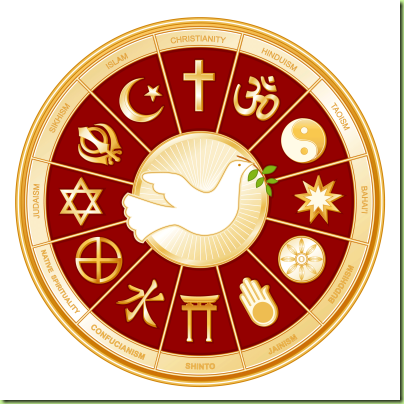 Final exam: Identify the symbols that are unacceptable on government documents*

I haven’t gotten up to the 14th Amendment yet, butt I suspect in the Common Cause Core textbook it reads: “...nor shall any State deprive any person of life, liberty, property, contraception and Obamacare without due process of law....” Maybe we’ll cover this on next year’s Constitution Day.

In case you have concerns about this new take on the Constitution, don’t worry: the new version of the Constitution is 100% Common Core authorized and 100% approved by former community organizers and adjunct constitutional law professors. 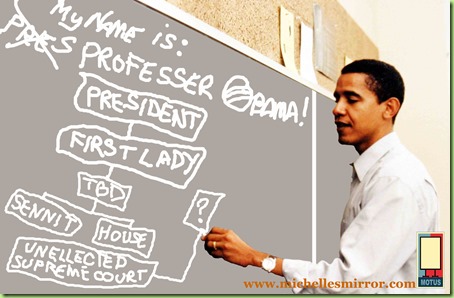 By the way, here’s what the new Common Core approved logic curriculum looks like in action:

Carney acknowledged that a stronger background check system would not have stopped the Navy Yard shooter, Aaron Alexis. However, using that fact to dismiss background check legislation would be a "cop out," he said. 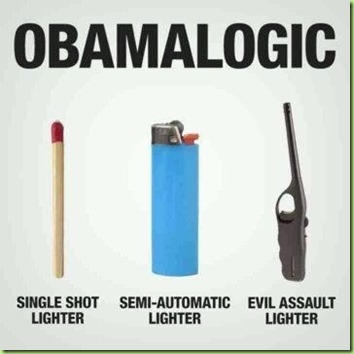 Even our logic fallacies have fallacies

There are many other potential entries for Irony Wednesday (be sure to submit your own favorite!) butt I only have time for one more - the cost of bringing people out of the shadows:

A projected $650 million in welfare benefits will be distributed to illegal alien parents in 2013, county officials said Monday.

The irony? These are the illegal immigrants who came here to do the jobs that Americans won’t do. Apparently they couldn’t find work in the new Obama economy either.

…the latest figures from the Department of Public Social Services, which showed more than $376 million in CalWORKs benefits and food stamps combined have been distributed through July to illegal alien parents for their native-born children.

“When you add the $550 million for public safety and nearly $500 million for healthcare, the total cost for illegal immigrants to county taxpayers exceeds $1.6 billion dollars a year,” Antonovich said in a statement. “These costs do not even include the hundreds of millions of dollars spent annually for education.”

Butt this story qualifies for today’s Double Irony Award:  All those illegal’s who just came here so they could improve their lives? They’re all living on government welfare. 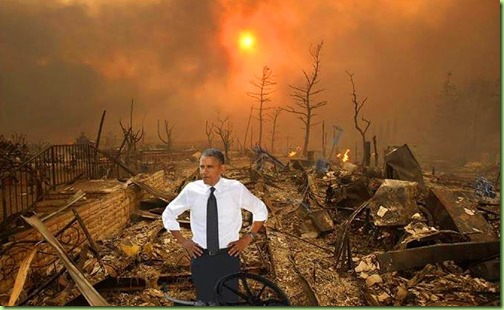 Out of the shadows, into the ashes.

Sure beats living in Mexico! Thank you, Obama!

P.S. If anyone wants to hear Alanis Morisette sing “Isn’t it Ironic” again, it’s embedded in the bottom of the “Ebony and Irony” post from the way-back machine. Butt as I recall, many of you found her cacophonous ode to irony a bit too ironic.

“Irony: (from the Ancient Greek εἰρωνεία eirōneía, meaning dissimulation or feigned ignorance) is a rhetorical device, literary technique, or situation in which there is a sharp incongruity or discordance that goes beyond the simple and evident intention of words or actions.