I know you’ve heard about the release of her upcoming hip hop album,  “Songs For a Healthier America.” The 19-track album, with song titles like “U R What You Eat” and “Veggie Luv” will be released by the Partnership for a Healthier America, a wholly owned subsidiary of Organizing For Action (OFA), previously known as Organizing for America (OFA). And Lady M will be appearing in – count them – no less than ten of the accompaning musical videos! Not rapping, butt doing what she does best; dancing: 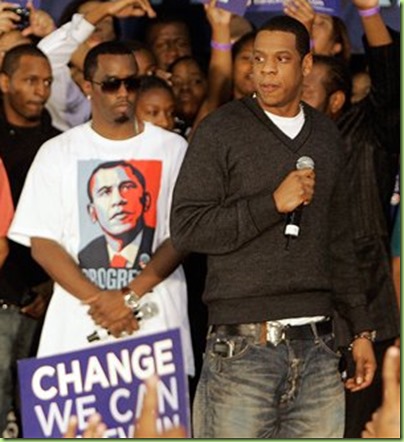 (SNIP) She explained that she forced her children to play because it’s a white sport “a lifelong sport” that she wanted the girls to enjoy; and  she bemoaned the fact that she herself hadn’t learn to play till later in life: 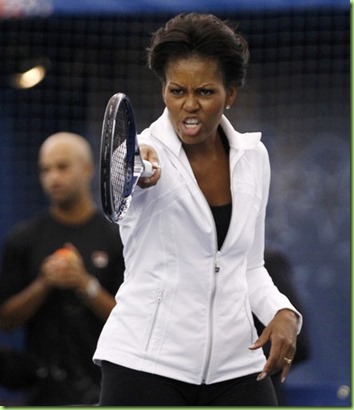 And to vent your inner demons...

Save this album - its going to be considered quite a weird and freakish thing to have in 30 years time - like owning the original of Elvis’ bloated, white Las Vegas jumpsuit.

Hell NO! for sure. I wish he’d leave us alone here. What a bunch of useless junk. I sure hope he doesn’t quit his day job.

I bet the ultimate Worst Lady grifter gets multiple Grammys for this abomination of an album.

And probably an MTV video award!

i was not aware that you 2 owned this forum. i foolishly thought it belonged to Jim Robinson. maybe if you don’t like the way JR runs FR, you should start your own forum instead of leaving troll droppings all over FR.
oh, and if you don’t have something intelligent to say, just crawl back down to mommy’s basement, shut up and leave the rest of us alone.

maybe if you don’t like the way JR runs FR

I didn't see "JR" directing traffic to a blog in order to rack up hits.

and if you don’t have something intelligent to say, just crawl back down to mommy’s basement

Can't do it, your mom won't let me in her house anymore.

shut up and leave the rest of us alone.

I don't recall having addressed "us".. my comment was directed at the blogpimp.

Now go on and play.

You a lib hip hop fan, mad because Michelle Obama is being dissed for putting out this CD?

Glad it was posted to further expose this sick woman’s attempt at controlling what we eat while stuffing her face with everything she doesn’t want US to eat.

She makes Americans (who possess a malfunctioning brain) proud.