I don’t know where you slept last night, butt the quaint little heartland motel I slept in didn’t carry al Jezowie-America TV, so I missed the big launch of the only real competitor Ms.NBC has for the Muslim propaganda demographic. If you were one of the nearly 200 viewers who tuned in, you witnessed agitprop history being made.

This morning, I surfed on over to Algore’s former CurrentTV web site, to see what I missed, butt instead of CurrentTV, this is what greeted me: 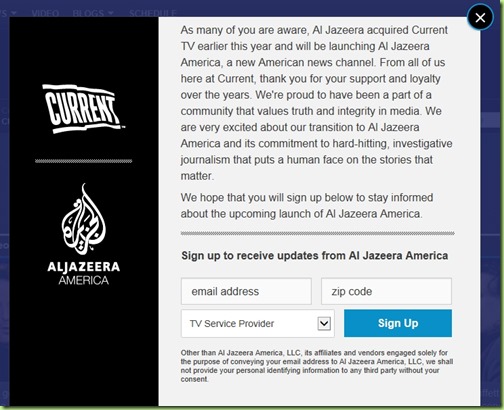 I signed up pronto and was swiftly transported to the official al Jezowie-America website. Leading the lineup was a hard hitting report of the Egyptian military junta’s illegal detention of the most holy, spiritual leader of the Muslim Brotherhood, Mohamed (of course) Badie. 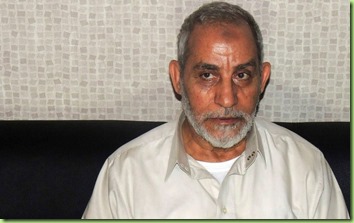 Following that report was an expose detailing, from recently declassified documents, the CIA’s evil role in the 1953 Iranian coupe which deposed the most holy, Dr. Mohammed (naturally) Mossadegh. 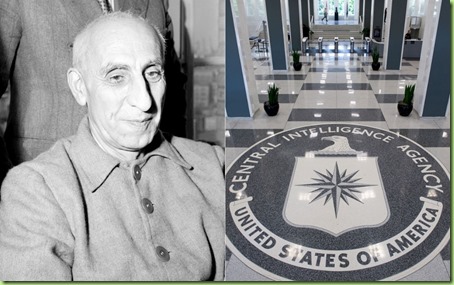 And let’s give credit where credit is due: al Jezowie would never have been able to file this expose - whipping jihadies into further frenzy - without big Guy’s unprecedented transparency. So let’s just drop all the griping about Team-Obama not being forthcoming. (More on that tomorrow – I arrived at my quaint little heartland motel  a little too late last night to file my complete report.) 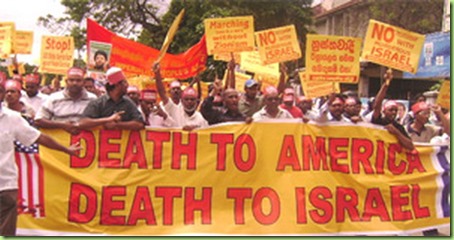 And finally, one for the Global Warming sect of the al Jezowie congregation: “The day the bees died” ...

Well....seems redundant. What with NBC,CBS and ABC saying the same things.
Waiting for the first reality show to come on

The First place Obama will go for news

You can be sure this station is on every prison network in the country.

We can thank Algore for Algeezerrah. A little oil goes a long way.

Good to see something more to the center of our mainstream media.

Why are they still calling it “Al-Jazeera”? It’s now officially called “Al Gorezeera”.

From what I hear they’re lacking ADVERTISERS. Maybe six minutes of spots per hour. Wonder why.

I’m sure al Jazeera will be playing 24/7 in mosques throughout the US.

As Al Jazeera America launches Tuesday and aims to recruit more cable operators to broadcast the channel, its Qatar-based sister channel, Al Jazeera English, was caught over the weekend broadcasting images of a seemingly unconscious, gravely injured Muslim Brotherhood supporter who it turns out was most likely faking his injuries.

The scene played out in a video that’s now on YouTube and has garnered more than two million views in the three days since it was uploaded.

Middle East Analyst Raymond Ibrahim who speaks Arabic and follows the Egyptian media closely reports, “A near hysterical woman is heard lambasting the Egyptian military for supposedly killing peaceful Brotherhood protesters, while the Al Jazeera crew videotapes a man who appears to be either unconscious or dead — a supposed victim of the military.”

The scene at the Fateh Mosque in Cairo: A man with a blood-soaked shirt and bandaged head is on the ground. His hand is on his torso resting on the blood stain, suggesting he was shot. When a first aid worker pulls up the “victim’s” shirt, the purportedly unconscious (or dead) man quickly raises his sneakered foot to push away the medic’s hand. All the while, the man’s eyes remain closed.

But the damage was done. Despite the apparent trickery, Al Jazeera viewers got their eyeful of the man’s torso, which had no wound despite the bloody shirt.

It’s not clear if the outlet was in on the apparent ruse, but there are those who are insinuating it.

“Of course, the person videotaping instantly stopped — but not before enough of this shameful episode was recorded, proving Al Jazeera’s nonstop pro-Brotherhood propaganda campaign, one naively or intentionally followed by most of the Western media,” writes Raymond Ibrahim in FrontPage Magazine.

Al Jazeera has been criticized as biased by secularist Egyptians who perceive the channel to show a pro-Muslim Brotherhood slant. Several Al Jazeera reporters who resigned in the wake of Morsi’s ouster last month expressed a similar opinion about the “biased coverage” and pro-Brotherhood editorial interference from network management.

The Fateh Mosque in Cairo was described as the “epicenter” of confrontations on Saturday between supporters of ousted President Mohammed Morsi and Egyptian police who fired at the minaret claiming they were being fired upon by snipers positioned there. Eventually, Egyptian security forces moved out the hundreds of supporters who had camped out there overnight, securing the location.

Earlier this month, Egyptian demonstrators were caught staging a fake protest complete with dramatic poses and injuries for the cameras, as TheBlaze reported.

The technique has long been used by Palestinian activists aiming for sympathetic coverage in the international media and has been nicknamed “Pallywood.” The media manipulation was seen last November, when the BBC showed video of a man lying on the ground, then carried away by neighbors, implying he was injured in an Israeli military attack.

Moments later, he is seen again in the frame, but this time walking, unharmed.

From what I hear, ad agencies are leery about being tied to a network that too many American consumers have branded a terrorist network.