Normally I would recap yesterday’s presser for you, butt in this case, the Daily Mail did it for me:

In a stunning dismissal of a head of state  with whom he has to work on pressing international matters, President Barack Obama referred to Russian President Vladimir Putin on Friday with language more descriptive of a schoolboy than the leader of 143 million people.

Asked whether he can get 'big stuff done without having a good personal relationship with Putin,' Obama responded by noting that 'I know the press likes to focus on body language and he’s got that kind of slouch, looking like the bored kid in the classroom.' 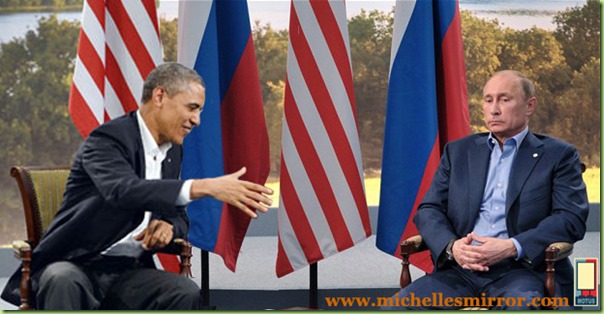 Go away you pesky little…dog

Wait a minute; kind of slouchy? And bored? Hmmmm. 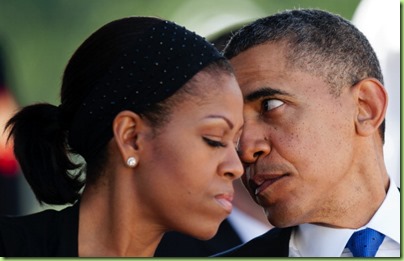 Ref the Presser: Obama cannot answer questions that were never asked. Once again it was very close to ,”Boxers or Briefs.”

All that’s missing is the press corpse saluting in unison and shouting “Seig! Heil!”

Democrats in high power frequently make references comparing an international situation to a family situation regarding children. I recall somebody in the Clinton administration comparing a situation with Russia to Pooh Bear wanting more honey. (The press rhapsodized at the brilliance of it, but it was banal.) It’s insulting to compare Putin to a bored child. We have enough problems as exemplified by Hillary’s childish (and misspelled) RESET button. We do need a reset. But the people Obama is putting in place and that they’re putting in place will be with us long after this particular embarrassment is running around the world insulting the nation and selling his books.

Maybe they can have a vodka summit and do some arm wrestling to cap it off. What a petulant ignorant fool king hussein is. He’s got no business using the word slouch. He’s the epitome of a slouch himself. Never done anything, never will do anything, depends on someone else to git ‘er done. (easy to talk big when you got an ocean between you)

“and do some arm wrestling to cap it off”

If the US had a POTUS he’d look like a Choom Wagon “Interceptor!”.

Imagine what the forum would look like if every FReeper that has a blog posted it here.
11 posted on 08/10/2013 8:49:04 AM PDT by upchuck (To the faceless, jack-booted government bureaucrat who just scanned this post: SCREW YOU!)
[ Post Reply | Private Reply | To 1 | View Replies]
To: Gen.Blather

I don’t want to support the Russian president over the American president.

It is bad form, and justs feels WRONG.

All that said, it does get more ... and more difficult.

I wish our president would kindly start acting ... truly correct for a change.

Fer crying out loud, both parties are in bash America mode.

All I hear from him, are reasons I should support the other guy.

Bottom line. Putin has absolutely no respect for Obama. From the body language, one can tell he thinks he’s a stupe. Putin thinks he is wasting his valuable time just sitting in the same room with Obama.

Baraq Hussein Ubama HAS been that bored kid in the classroom. Recall his account of being reprimanded in his koranic studies class by the teacher. He said so in his own book. Maybe he should’ve read it. Oh wait, he did read them on tape and got Grammy awards for doing so.

Al Sharpton would say that because Putin is a racist.

If Putin appears to Obama as the bored kid in the back of the classroom can you imagine how Obama appears to Putin? Obama must look like the no talented, special privlidged teacher’s pet who stands very close to the faculty monitor on the playground and never plays any real sports.

I totally understand . . . it’s kind of surreal knowing that I’d rather have a beer with Putin than Obama.