(SNIP) Big Guy will do a fly-by “Meet the Press” at 3:00 where he and TOTUS will deliver a few comments to deflect criticism, deny culpability, accuse “Washington” of “taking their eyes off the ball” and blame Fox News for ginning up phony scandals; all while feigning just the right amount of anger and indignation balanced with a dollop of that refreshing youthful insouciance that makes Big Guy so irresistible. 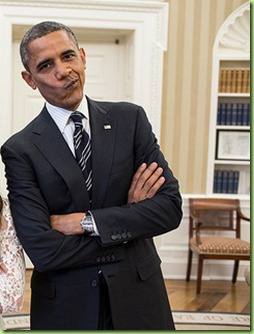 And we also announced this year’s list of recipients of the Presidential Medal of Freedom yesterday. The headliners for this years awards are Bill “Big Dawg” Clinton 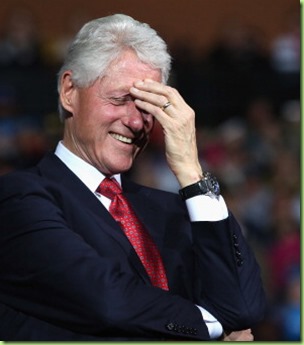 and Oprah Winfrey. This is not the first prize Oprah’s collected from Big Guy for her not-insubstantial contributions to his ongoing success. You may recall she was also honored for “a substantial lifetime contribution to the world of arts” at the 2010 Kennedy Center honorees. 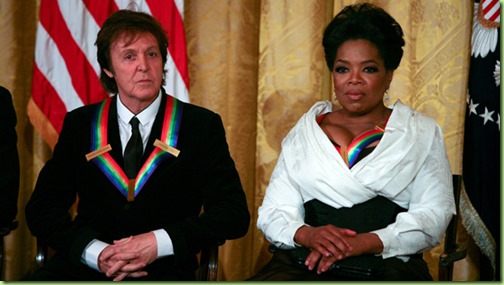 Warning: industrial strength containment systems do not operate outside the parameters of physics: what is squeezed at one end comes out the other.

A refresher on what the Presidential Medal of Freedom is all about...

They are really trying hard to clean up Bubba’s image for Hitlery’s run in 2016.

Bill Clinton, one of only two presidents in history to be impeached, will be among 16 honorees to receive the Presidential Medal of Freedom from President Obama, the White House announced Thursday.

Mr. Clinton, who was widely condemned for having sex with a young intern during his presidency, will receive the nation’s highest civilian honor along with prominent feminist Gloria Steinem, talk-show host Oprah Winfrey, former Washington Post editor Ben Bradlee, country music legend Loretta Lynn and others in a ceremony later this year.

Bubba will come back to haunt them all.