Did you get your personal email message from Lady M yesterday too? 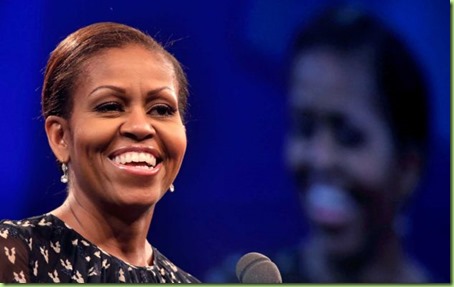 There's a lot of noise and talk and back-and-forth going on in Washington, but hardly any of it seems to be about the struggles that middle-class families face.
When I was growing up, a family like mine -- living on my hard-working father's salary at the city water plant -- could build a solid life without much debt and without relying on any form of public assistance. Today, for too many families, that American promise is no longer within reach. 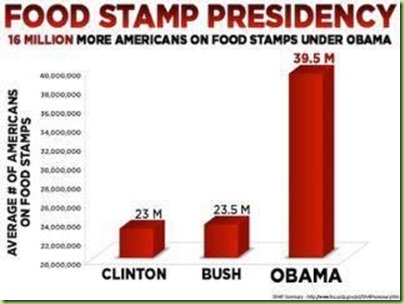 [ed. I don’t think we want to go there, do we? Because if we do, some smart-alec is going to point out that it’s hard to realize “the American promise” on part time employment (thanks Obamacare!)

And by-the-way, when did the “American Dream” turn into the “American Promise”? From  aspiration to entitlement in one generation? Boy, that really is  CHANGE, butt what happened to the HOPE?]

Barack is working to fix that, to give all families a fair shot. And he needs solid Democrats in Congress to help him. 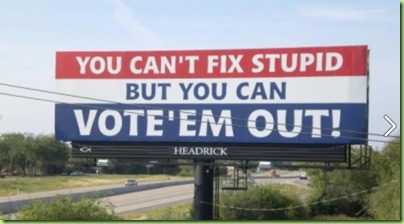 [ed. Remember: only you can prevent stupidity]...

Middle Class Families are going ,the Fool me once thing ,I think they are up to fool me 10 times by now

Well, he'd better adjust. The whole "GET WHITEY" thingy has been a hard sell, even amongst useful idiot democrats.

This puke was elected twice, so there is obviously not a moron shortage.

Saw on Fox News this morning a poll that stated 46% approve of the job Barry is doing. As Mark Levin said back in 08 we are in trouble.