While Big Guy was busy charming world leaders, we had lunch. 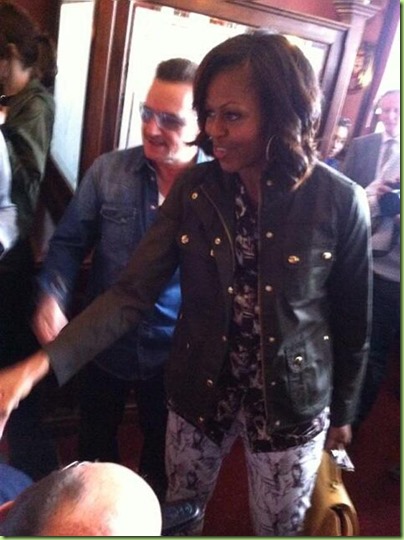 Fish and chips at Finnegan’s with Bono (!) and his lovely wife Allison, with whom we share a certain savoir faire. 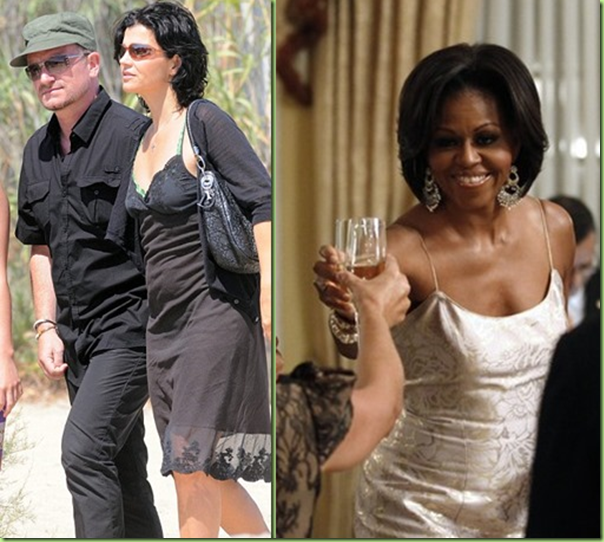 Allison’s a real fashion icon too! Imagine that a black slip – at the beach!

Bono and Allison, like Big Guy and Lady M, also have two daughters; Jordan, in the gladiator outfit and Memphis Eve. I’ve no idea why they named her after a feminine hygiene product.

Lady M and the girls had fish and chips, and Lady M also enjoyed a lobster starter, according to proprietor Dan Finnegan, posing here with his wife Coleen and Lady M. Then, on to Germany where our Palazzo pants seemed a bit too much for the headwinds coming out of Europe these days. 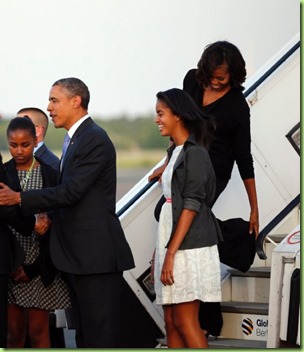 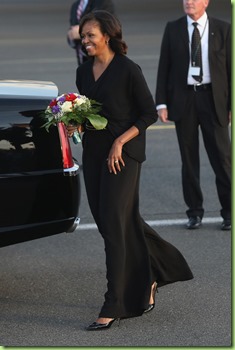 So we changed into something a little bit, uh, clingier:

And please note one and all, MO has finally taken your advice about wearing darker colors around the portions of our geography that we may wish to, uh, de-emphasize. So don’t tell me things aren’t making improvements on the ever important geo-political front.

Anyway, as you can see the Wee Wons continue to enjoy their first summer vacation of the season. Remember girls, you can’t overestimate the importance of proper footwear.

At least as much as Mom: 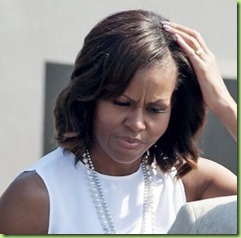 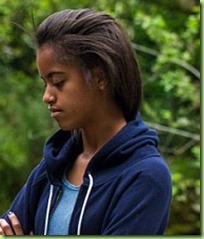 Don’t read much into this; remember, BRF is a bitch, and it’s genetic.

just coming home from a night at the discotheque, madame first lady?

The moocher and her grifter spawn-in-training should be in prison. That would a just expenditure of taxpayers’ money.

What is she so mad about?

I’m trying to come up with a good descriptive German term for the Wookie, something on the order of saupreuße. Anyone have a suggestion? Extra points if it includes both an uplaut and an eszett.

She knows her dad sucks.

She really is blind and owns no mirrors.

Classy outfit for a first lady...ugh.

Too many crackas in Europe.