Our strategy for crisis management – which up till now has fluctuated between  “that’s a lie!” and “that happened a very long time ago” to “what difference does it make?” – has been modified. One of the Really Big Brains (RBB) decided to try overwhelming our enemies by  expanding the number of breaking scandals to the point that our MSM sock puppets will just put their slippers back on and pad off to the kitchen to make some hot cocoa.

So the Big White leaked the IRS scandal themselves, foolishly thinking they could “manage” it. I don’t know why they thought so, as they’ve been unable to manage anything other than Organizing For America up till now. It’s already spun out of control, with our former sock puppets at the WaPo leading the charge:

What the RBB’s didn’t realize at the time was that they could have just sat idle since another big scandal was about to break out on its own: Extortion 17. 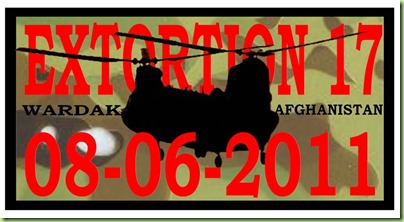 Some people are starting to ask uncomfortable questions about why

“our military piled 30 of our best and brightest highly trained Special Operation forces into an old Chinook helicopter built in the early 1960′s that had last been retro-fitted in 1985 and was documented to be in very poor condition.” [ed., let the record reflect that Michael Savage was the first to ask this question, back in August of 2011]

Since it’s getting harder and harder now to keep all of our stories straight, and public sentiment seemed to be turning against us, we went immediately to Plan B –

Anyway, Plan B for handling our unraveling public relations stories is, as always, to deploy Lady M. She’s the hardest working FLOTUS in politics. 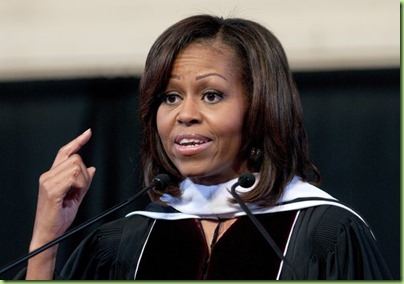 In her inimitable way, Lady M took the focus off all of the dead bodies laying around by making the commencement ceremony at Eastern Kentucky University all about…her!

I didn’t even know how to furnish my own dorm room. I saw all these other kids moving in all sorts of couches and lamps and decorations for their rooms, but when I unpacked my belongings, I realized that I didn’t even have the right size sheets for my bed –- mine were way too short. So that first night, I stretched the sheets down as far as they could go, then I draped the covers over the foot of my bed so when I crawled into bed my legs were sticking out past the sheets, rubbing up against that cold, plastic mattress. And I slept that way for the entire freshman year.

So now you know - too short, too tight - Lady M’s problems with proper fit go way, way back! 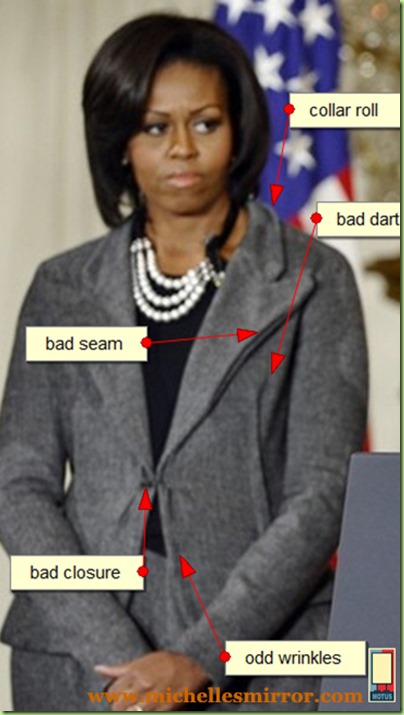 And for what it’s worth, I see we’ve returned to one of our old hair styles. I don’t know what it means butt I promise you, I’ll get to the bottom of it. Inquiring minds want to know.

PS: For a really fun trip back in time, you might want to review the entire post “Movin’ To the Center” in which we saw this lovely home sewing project. Ironically, it was an event  - what else? – honoring military families.

TOPICS: Humor; Politics
KEYWORDS: benghazi; obama; sealteam6
1 posted on 05/13/2013 7:19:37 AM PDT by NOBO2012
[ Post Reply | Private Reply | View Replies]
To: NOBO2012
One of the Really Big Brains (RBB) decided to try overwhelming our enemies byÂ expanding the number of breaking scandals to the point that our MSM sock puppets will just put their slippers back on and pad off to the kitchen to make some hot cocoa.

That was Bill Clinton's strategy. People forget, which I guess is the point.

Or you could just post it here instead of being a blogpimp.

I’m fine with it.

That's nice. Thanks for sharing.

That’s what I call her “Pissed-off Diana Ross” look...we’ll be seeing more of it...

To: Yehuda; humblegunner
Here’s an idea, we ridicule him without pinging him

A bad idea, but perhaps the best you could imagine.

Only if the pimp diddles the excerpt button.
Count the words in this blog post.. if you can:

IF HE EVER POSTED AN ARTICLE.

May God bless you, I suspect you need it.

Now you’re kind of ceasing to make any sense at all.

Do you always use the actions of others to justify your own? Or do you set your own standards?

Absolutely, I am but a sinner and depend on God's grace. He doesn't obey my requests, I try and often fail to obey him. None the less, I will pray for you to have God's guiding hand in your life.