Big Guy’s former political reelection arm, Organizing For America, has morphed into  “Organizing for Action.” It’s still “OFA” so they can keep the cool logo!

Now, you might think that this “executive arm of the invisible government,” (h/t Cajun) sounds like a partisan liberal Democratic propaganda organization, butt I assure you it’s not. If it were, it would not be eligible for tax exempt status as a non-profit organization under section 501(c)(4) of the IRS code.  As such, they are not allowed to promote any political party, platform or candidate in the pursuit of manipulating public opinion.

With that in mind, OFA recently launched a new solicitation page to gather your stories about Gun Violence. 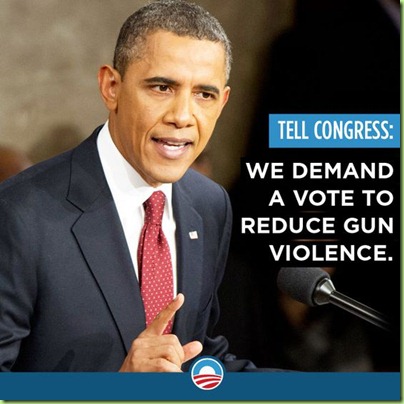 I understand next week they’re adding a page to solicit stories from average Americans about how they are personally going to suffer when the sequestration cuts the services of first responders like policemen, fireman, EMS and IRS agents.

In order to allow you to become part of the manipulation of public opinion, they’ve provided this helpful propaganda graphic for you to pass on to everybody you know via your social networks: “Share this graphic so your friends know what's at stake.” 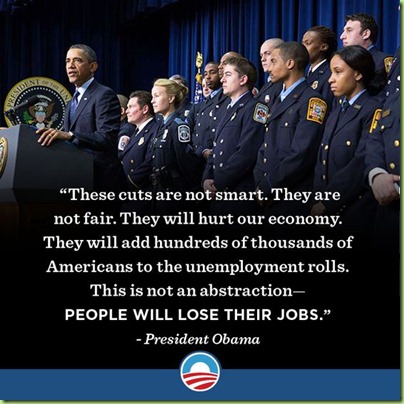 So hands down, OFA would easily win the “Top Moron of the Week” award if they were eligible. (snip)

Butt since we follow the rules around here, and only actual people are eligible for this award,  let’s get right to this week’s real nominees:

"I said, 'Jill, if there's ever a problem, just walk out on the balcony here, walk out and put that double-barrel shotgun and fire two blasts outside the house,'"

Not because it’s illegal, butt because after firing “two blasts” into the air from her double barrel shotgun, Dr. Jill will now be defenseless against her intruder. This seems odd advice from a man whose “IQ is higher than yours,” butt not inconsistent with a guy who struggled to hold a 1.98 GPA. 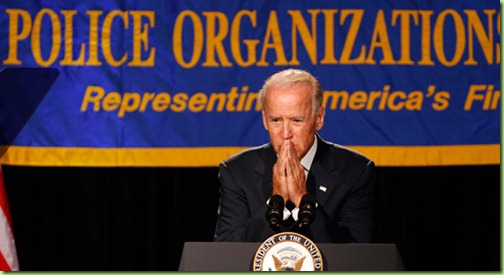 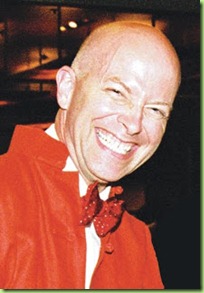 "We as a nation must have the foresight and courage to make the investments necessary to safeguard the most sacred trust we keep for our children and grandchildren: an environment not ravaged by rising seas, deadly superstorms, devastating droughts, and the other hallmarks of a dramatically changing climate," (snip)

No mention of the threat of the Islamic threat to convert the world to sharia, or nuclear arms in the hands of rogue governments throughout the world. That must be somebody else’s department. 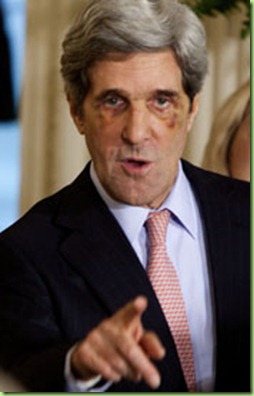 One year ago, I prepared to testify before Congress about the critical role affordable birth control plays as part of essential health care for millions of women.

Instead, I was shut out by legislators who had no interest in hearing about how birth control matters to women who suffer from ovarian cysts, women who survive sexual assault, women who want to plan their families and their futures.

Who spoke in my place? A Catholic bishop and the president of East Texas Baptist University — along with eight other witnesses who all refused to acknowledge the reality that for millions of women, birth control is basic health care. And I was smeared by pundits, shock jocks like Rush Limbaugh, and shameless political operatives who wanted me and the millions of women speaking out to just go away. -- Sandra Fluke, rhymes with “slut,” law student and “reproductive rights activist” – aka, community agitator.

I would never make the mistake of allowing a Catholic bishop to speak in Ms. Fluke’s place. 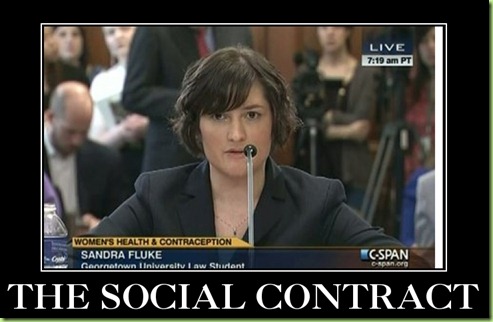 Moron. How does a woman stupid enough to spend $3000 for $300 worth of birth control pills even get into Georgetown?

I could go on, of course, butt since there’s a new winner every week, what’s the point? Cast your vote; as always, Chicago rules apply.(snip)

PS: Now that I’m in the mood for picking winners, I would like to make a prediction about tonight’s Oscars. I predict that Zero Dark Thirty, nominated for 5 Academy Awards, will win, well “zero.” ...Read The Rest Here>>>

Am I correct that the initials for this organization was ORIGINALLY “Obama for America” when he was getting organized in 2006?