As you know, the Aspen photo embargo has been quite successful. The fact that you haven’t seen even so much as a cellphone shot indicates the overall good breeding, manners and political affiliation of the type of people who ski Aspen. That, and the fact Lady M had the SS shut down one of the mountains on Buttermilk to the riffraff in order to assure her…uh, a wide berth on the way down. It’s no biggie: the people in Washington get used to it, I’m sure the skiers here will too.

And, as we have in the past, Lady M is skiing incognito. 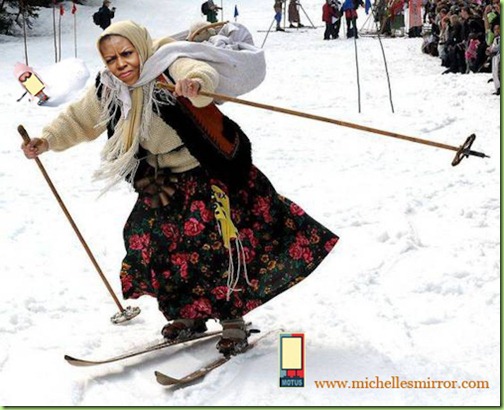 Yes, that’s me following along on my snowboard, as usual, “bringing up the rear.”

I can report that we’ve taken a few tumbles this year, only one of which triggered an avalanche: 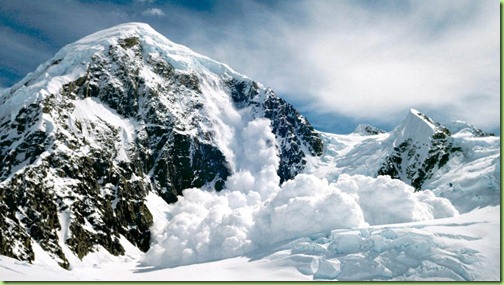 Butt she had a soft landing. They’re still analyzing the size of the landing hole, butt it may just be historic. 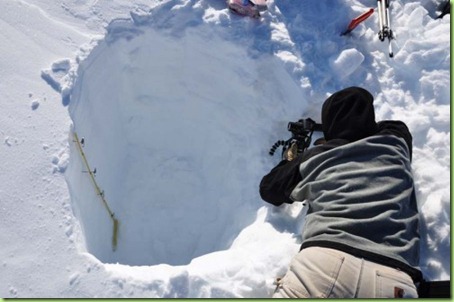 (snip)Here is a picture the SS took of Lady M and me, butt as you can see the “front office” redacted portions of it in order to meet federally mandate guidelines: 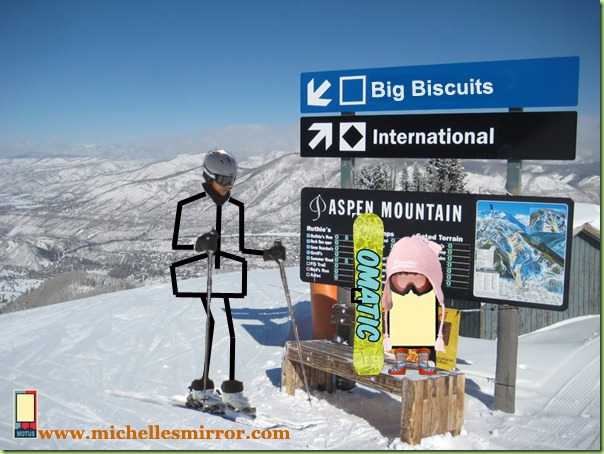 Anyway, so far we’re having a wonderful time. I just hope everyone stays safe because sliding down a slippery slope can be very dangerous. 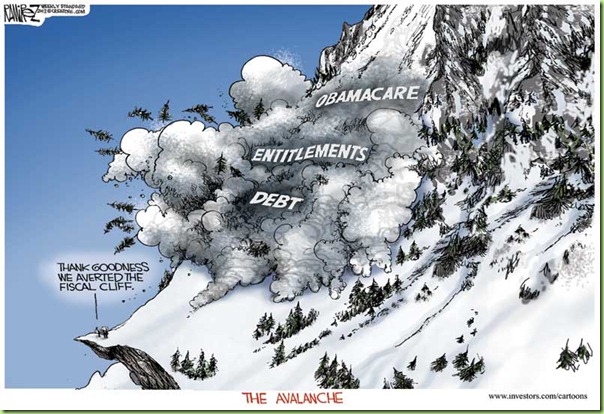 **Due to the recent move by the Colorado legislature (thanks to Joey B’s interference inference into the debate) to implement far more stringent gun control measures, you are requested...Read the Rest Here>>>

I understand her biography has the working title, “Diary Of An Angry Black Woman”...

Is she an Empress? Do the common swine have to avert their eyes when her huge fat ass comes barreling down the hill? No, the easy solution is to remove the commoners from the Queen’s presence.

Her and Barry make me puke. Whats even worse is the left wing media that enables these ghetto punks. Can you imagine if Bush closed down a mountain so he could go skiing? The talking heads would have been apoplectic.

I think Mooshel measured 6.5 on the Richter scale.