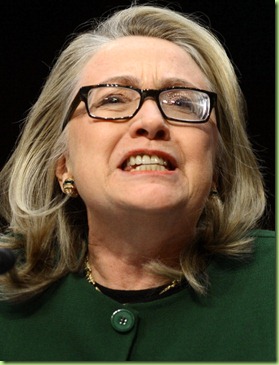 “What difference does it make!!”

(snip)Hillary has always been a good student. This was evidenced again yesterday as she maneuvered the Benghazi obstacle course with legendary Clintonian skill; managing to take 100% responsibility with 0% blame.

She was a master of the parsed phrase; 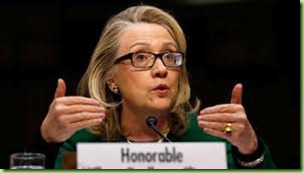 the queen of evasion, 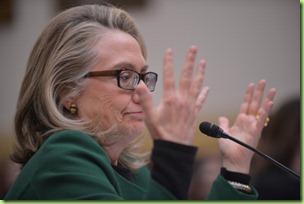 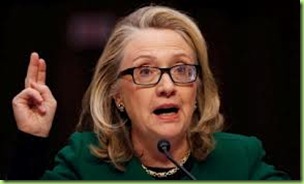 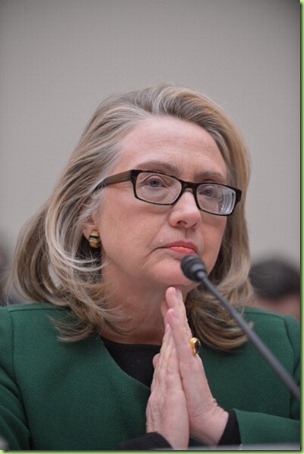 so help me God 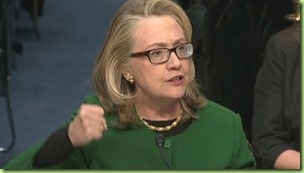 How dare you suggest…

In short: a monument of mendacity. 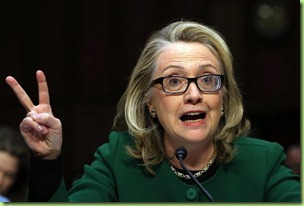 Peace in our time, I tell you.

Butt what did you expect? She learned at the feet of the master (apologies for that visual). 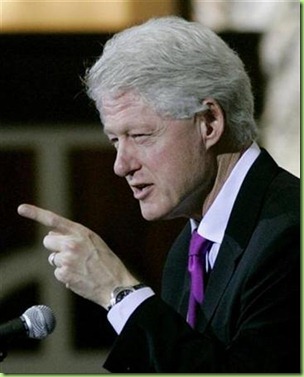 (snip)Apparently Rand Paul had the gall to take her at her word.

Let me see, I think I have this correct: Ron Paul’s son accused  Secretary of State Hillary Clinton of, a) culpability in the death of Ambassador Stevens and 3 others, b) inadequate leadership and c) covering up a covert US arms smuggling operation to Syrian “freedom fighters.” Wow! That would make a great movie. It’s sort of like the Iran Contra guns-for-hostages Affair except that the guns went to the bad guys, there weren’t any hostages until after the gun deal went down, and the State Controlled Media doesn’t think it’s important enough to report on.(snip)

How does that old joke go – “If it weren’t for low integrity they’d have no integrity at all.” ? 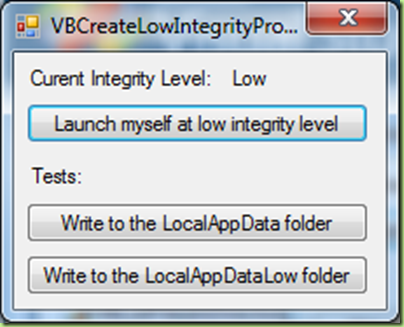 Big Daddy says there ain’t nothing like the stench of mendacity.

"I Have No Information On That, you will have to check with the people that ran the annex."

I would like to have a body language expert review her reaction and response to the senator's question.

The stench is criminality....

But what's worse, Hillary's protest, or the whimp lawmakers who arguably let her start her campain for president for 2016 at the expense of leaving the Bengazi tragdey unresolved?

US Embassy in Cairo quietly deletes its ‘we stand by our condemnation’ tweet; Update: More deleted tweets!

Here is Hillary pushing it again on Sept. 13th.

Here is a 'senior administration official' trying to distance 0bamugabe from Hillary's f-up and at the same time admitting by inference that she was the source of the 'video did it' meme.

The White House is disavowing a statement from their own Cairo embassy that apologized for anti-Muslim activity in the United States.

“The statement by Embassy Cairo was not cleared by Washington and does not reflect the views of the United States government,” a senior administration official told POLITICO…

“Some have sought to justify this vicious behavior as a response to inflammatory material posted on the Internet. The United States deplores any intentional effort to denigrate the religious beliefs of others. Our commitment to religious tolerance goes back to the very beginning of our nation. But let me be clear: There is never any justification for violent acts of this kind,” Secretary of State Hillary Clinton said in a Tuesday statement.

And here 0bamugabe and Hillary work together to try to prop up her 'video did it' nonsense and spread it even further.

Which immediately resulted in this...

Nope, she never said anything about a 'video.'

Father of Fallen SEAL: Hillary Told Me They’d Get That Filmmaker Good 10/25/2012 videos at link

One of my favorite movies.

Pretty amazing, isn’t it..? Let’s see if the Legacy Media reports on it....

I believe Hillary started her career in politics by serving as a lawyer for the Black Panthers.

Although the Black Panthers were mostly unable to beat the rap for their murders, they used their national exposure in courtrooms to recruit would-be radicals by acting angry at the hated white man, self-righteous, and way over-the-top. Just like Hillary has been acting at the Benghazi hearings.

Hillary has been using the hearings to sew up the left-wing vote for her 2016 presidential candidacy by exposing her inner Huey Newton, acting angry at the hated Republicans, self-righteous, etc.

Unless Joe Biden can find an equally useful forum in which to show anger and contempt like an over-the-top ‘60s radical, Hillary will spend another four years being an inevitable Democratic presidential candidate.

That is not the original title. My tip-off? You misspelled “Cries.”

Please use the original title when you post an article. It helps prevent duplicate posts.