My, we’re certainly feeling our tiger blood today aren’t we? 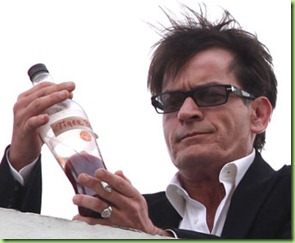 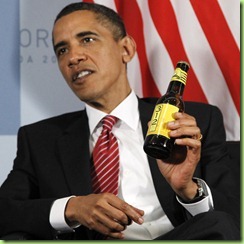 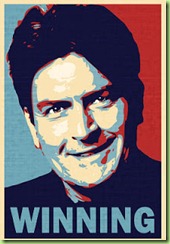 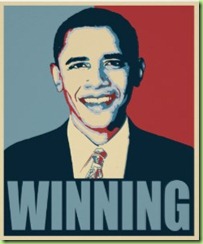 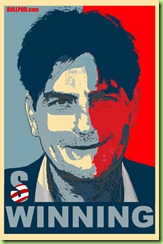 How can you not WIN when you’re made of tiger blood and Adonis DNA?That’s a potent formula guaranteed to bring your weak enemies to their knees(snip) 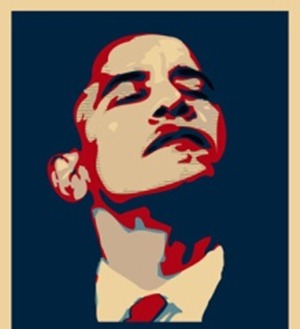 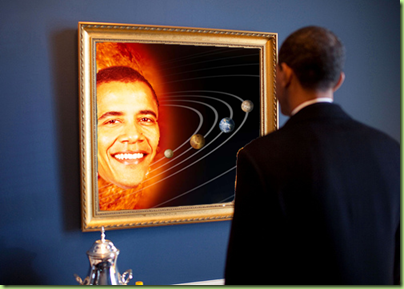 Congratulations Barack! Now that you’ve WON-WON, what are you going to do? 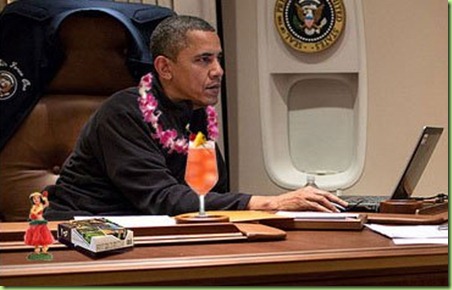 “Don’t worry though, I’ll be working on getting that debt ceiling raised all the way there.”

“For the first time in 20 years, Congress will have acted on a bipartisan basis to vote for significant new revenue.

“This means millionaires and billionaires will pay their fair share to reduce the deficit through a combination of permanent tax rate increases and reduced tax benefits.”

Only two problems there: millionaires and billionaires are already paying more than their “fair” share; and it’s not going to reduce the deficit. Other than that, it totally looks like a WINNING strategy–if your strategy is to be more like Greece. Or France…Continued

So let me get this straight.

- The deal puts the GOP in a better position by taking taxes off the table.

- The deal killed one of long term care component of ObamaCare.

- The permanently killed the AMT.

And Obama won? You people are on LSD.

All perquisites are treated as part of the compensation package of an individual. In accordance with United States income tax laws and regulations, items that are subject to Federal Income Tax should be treated by the employee as taxable income. The value of the taxable benefits will be recorded in the employee's W-2 or 1099. The employee is responsible for maintaining appropriate documentation to support the deductibility of any employment-related expenses for income tax purposes.

I am guessing that this is true.

Let's see.. four million dollars for the vacation plus the added expense of interrupting the vacation for a day or two back on the job and then back to Hawaii -- including additional wide-bodies both ways for staff and gear like the limo -- say, one million dollars extra.

That's five million dollars of taxable income.. wow! that's almost Obama's annual salary. How does the poor guy manage to get by? Golly. Barack Obama Wishes Everyone A Happy New Year With A Picture Of . . . Barack Obama…

So let me get this straight.

- The deal puts the GOP in a better position by taking taxes off the table.

- The deal killed one of long term care component of ObamaCare.

- The permanently killed the AMT.

And Obama won? You people are on LSD.

Interesting observation....you are correct in your summation.

The ONLY way o would have “won” this fight is if the “Debt Ceiling Increase” was included in the final offer. He took it off the table because he knew that he could not win that fight, it would all unravel and he would get his ass handed to him. He took what he could get hoping that the media will force the House to increase the debt with no cuts. o is setting the stage through intimidation, not negotiation. The Debt limit increase will be his Waterloo...or our demise.

Republicans will cave on the debt limit, Bet the farm on it.

Don’t forget TOTUS gets its own private G550.