Here I am, back in time for Thanksgiving.(snip)And there is so much to be thankful for around here. Take the other day for example; Lady M took time out of her busy post-reelection schedule to celebrate the arts and humanities in a recycled Zero + Maria Cornejo frock with our signature boob belt. 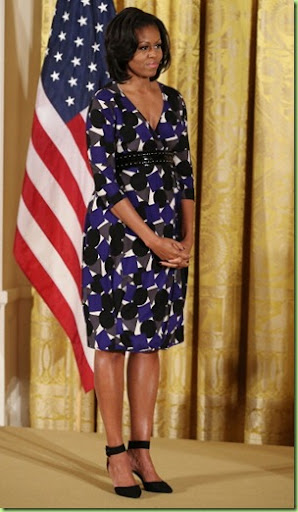 To update the look from the first wearing, we matched it up this time around with ankle belts as well, and midnight blue/black nail polish with the new squared-off nail tip look. Very au courant. 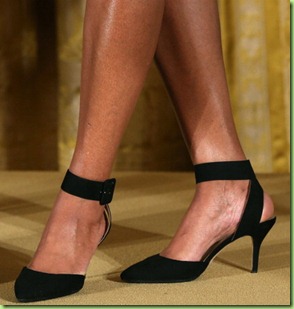 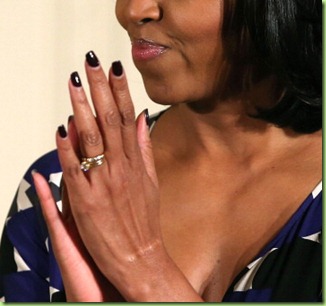 Big Guy got back late last night from his very successful, if boring, ASEAN conference.

(snip)With Hillary dispatched to the Mideast to clean up the latest mess resulting in “Palestinians being massacred all week” (if you believe Whoopi-lodge–accusations-first-ask-for clarification-of-facts-later-Goldberg) Big Guy is freed up to handle more pressing matters of state. Such as pardoning the official White House turkeys later this afternoon.

I thought originally the pardons might include some of the rather large bird brains around here: 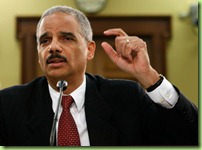 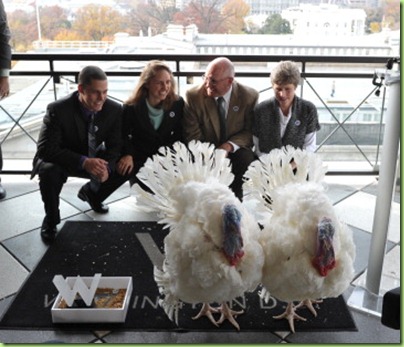 Still, I’m surprised we couldn’t find at least one turkey-of-color to pardon(snip)

Moving on to other pressing matters of State ahead of the Thanksgiving holiday and feast: Lady M will be “receiving” the official Big White holiday tree at 11:00 am today. I can’t wait. it’s generally the only time all year that I don’t need to worry about trying to make her butt look small.

If you catch my drift...Continued 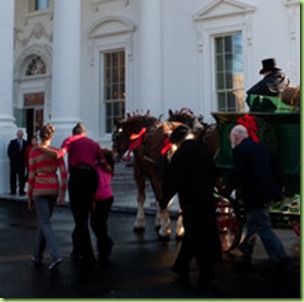 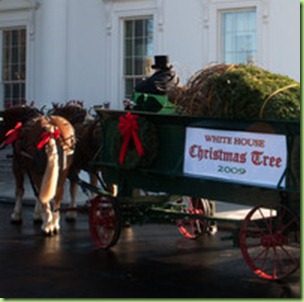 I don’t know why they call Michelles belts Boob belts.

The fact is her azz is so big that they will not go any lower.

It should be called a butt belt.

Holder, Rice or Clapper , sounds like one of those stupid TV ads were they try to sell you some way over priced junk

For a report on npr: http://m.npr.org/news/Politics/165587441
“obama’s record is even more striking if you compare the number of pardons he’s granted with those he’s rejected. Ruckman crunched the numbers for the past five presidents:

What I want to know is the number of total applications. for each term. as that “crunched numbers” may not mean anything if Obama actually get like 100,000 requests. vs RR getting 10,000 requests.

I think it is amazing the different patterns and colors tents come in these days....

Interesting, although most of the pardons are usually done toward the end of a President’s time in office, to avoid offending people until he no longer needs their support.

I expect that Obama will pardon just about all his cronies, or anyone who can pay him off with even more bribes than he’s already gotten. Holder, Rice, or Clapper? All three, almost certainly.